Last year, Quimi and I were a little late to picking our Halloween costumes. The day of we had to scramble to make something work. We wanted to do costumes together, that went together, like besties, lol. So we thought of the one movie we love so much and that makes the best costumes. NACHO LIBRE! The first time we ever watched Nacho Libre, we watched it about 10 times that day, haha. We just loveeeeeee Nacho and Esqueleto so much, they’re growing bond and relationship is hilarious and we wanted to make a Halloween costume that was fun and different! First, if you haven’t seen Nacho Libre before… go watch it, NOW! Its amazing, and you will laugh so much. Now, this is a DIY in one day costume, haha. We literally threw this together hours before the function we had to go to. Better late than never, right?

The first thing we did was brainstorm about what we could use for each part of the costume. We knew what we needed and the colors but we wanted to make this costume as efficient and cheap as possible, haha. So we went to Walmart and bought the essentials to complete the outfit.

Here is what you’ll need:

So yeah, we did the best we could with 3 hours of time to prepare. We went home after we bought the essentials and we started putting them together! It probably took us a little over an hour to make the costumes and do our makeup and hair. It hardly took any time at all and the outfits were extremely believable! But you can tell us what you really think… 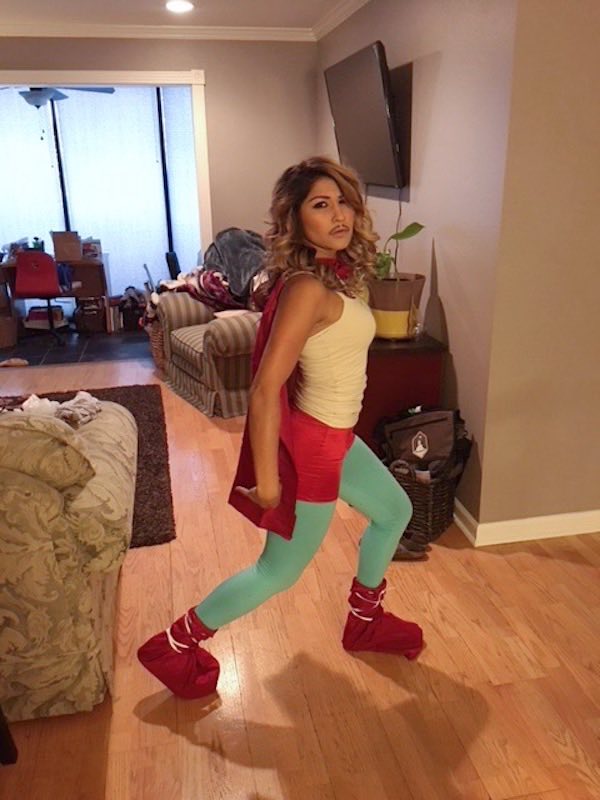 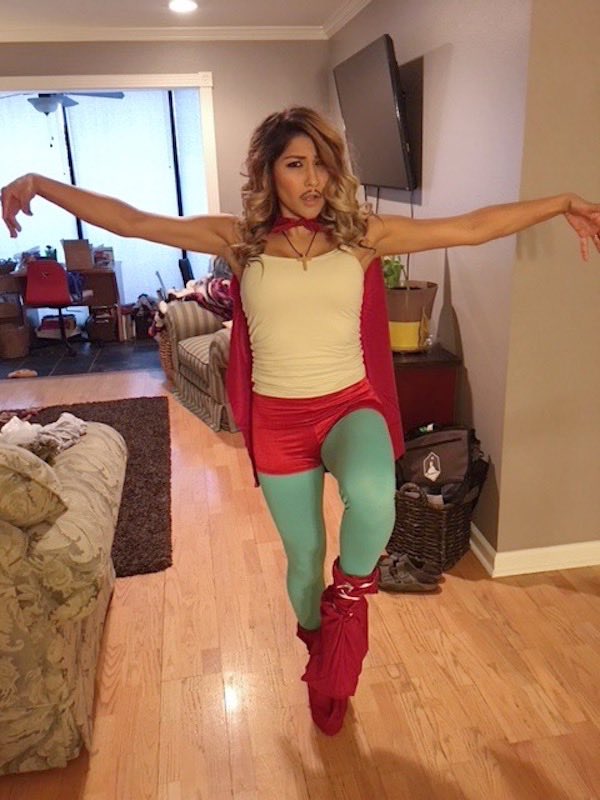 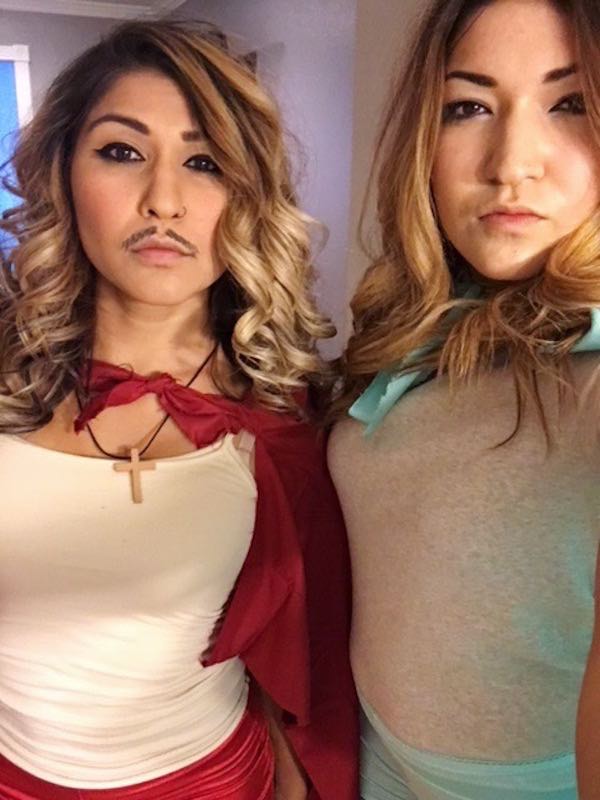 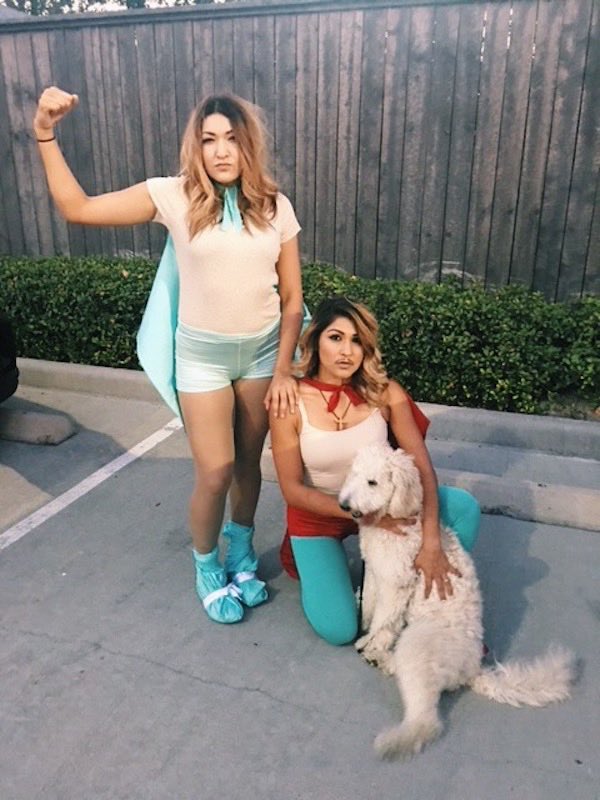 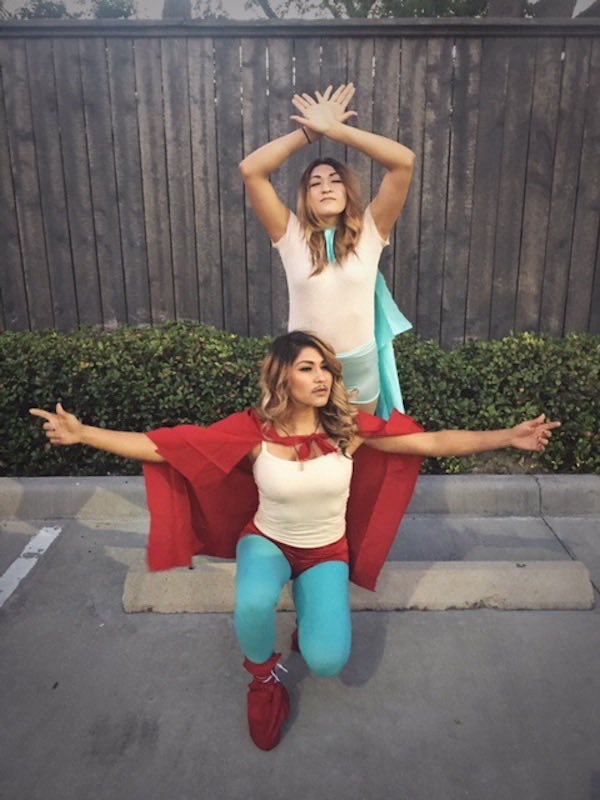 We really enjoyed making these costumes, they were easy and so fun! We hope that you’ll get a kick out of this post and let us know if you make this costume or any other awesome DIY Best Friend Costumes!

Here’s a picture to inspire your own DIY creations… Quimi killed it as Nacho, her mustache looked real and everything! 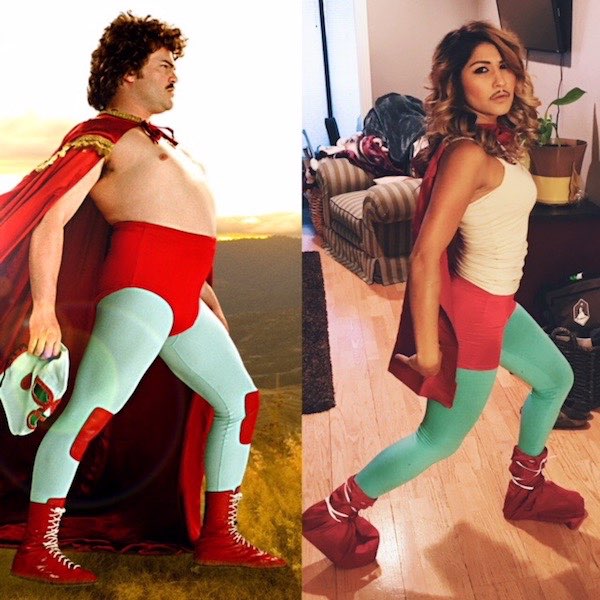 If you would like some inspiration for a costume for your pup, check out 29 Dog Halloween Costumes That Deserve All The Treats.