Hey guys! I decided to write up an update on our latest home renovation project. As I’ve shared in Our Journey To Debt Free Living Part 4, we have started our home remodeling venture and it’s so sooo exciting. We also decided that we were going to do as much on our own as possible. We’ll be saving money and learning a lot!

The first project we attacked was our DIY Popcorn Ceiling Removal. We are so thankful for the way it turned out and can’t wait until we can re-texturize the ceilings and paint them. Plus, we saved so much money doing it on our own! If that’s something you’re thinking of doing, take a look at that blog. I laid it out in simple step by steps and also let you know of some of our mistakes so that you know “what not to do”! The next project on the list was to fill in our sunk-in living room.

This living room idea that we had was one of the only projects that we decided we couldn’t do on own own. This house has a sunk-in living room that we definitely wanted to fill in, as well as some walls that we wanted to knock down. 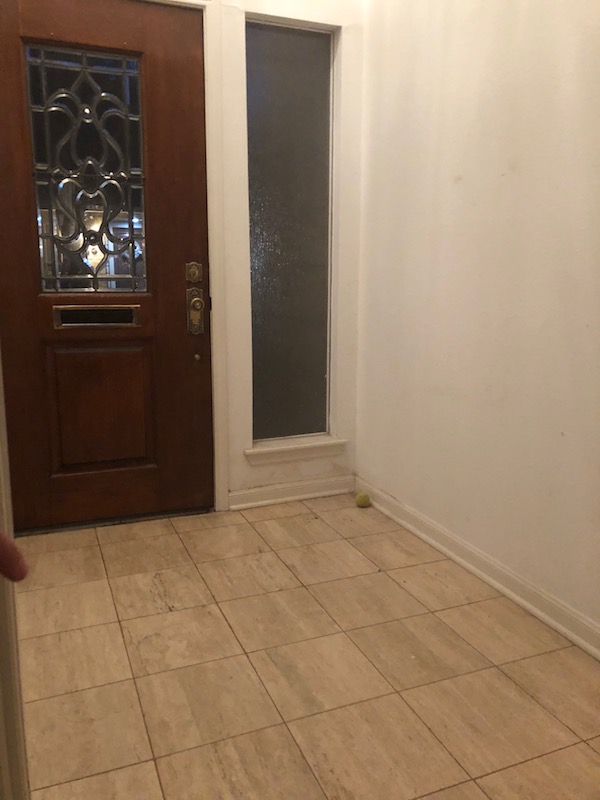 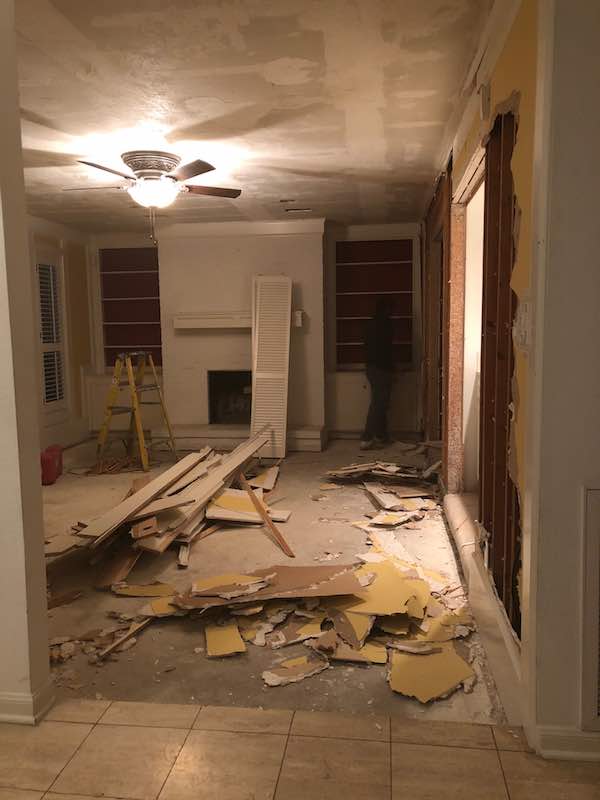 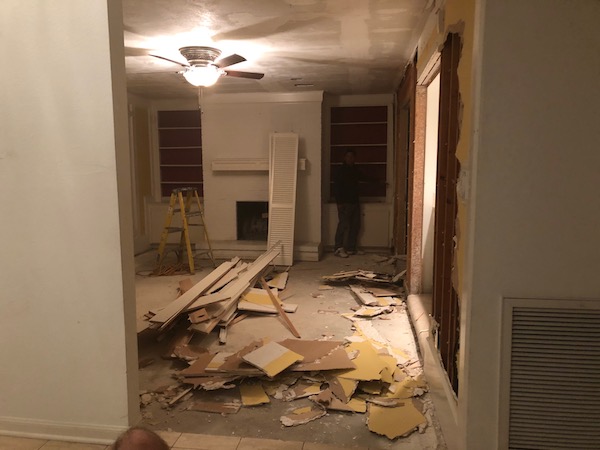 As you can see, our sunk-in living room was pretty closed in by walls. Our goal with this project is to open up our living space as much as possible. By elevating the floor to all one level and knocking down some walls, we were able to give ourselves more livable space.

We decided to have professionals do this job because we wanted to make sure the walls were knocked down correctly since some of them were load bearing. We also had never laid down concrete or screwed in rebar into cement haha, so didn’t want to mess it up. 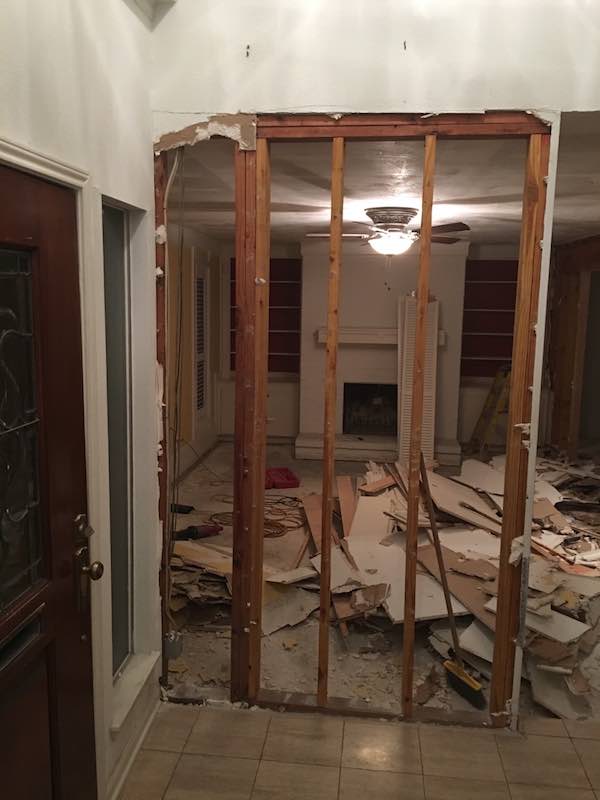 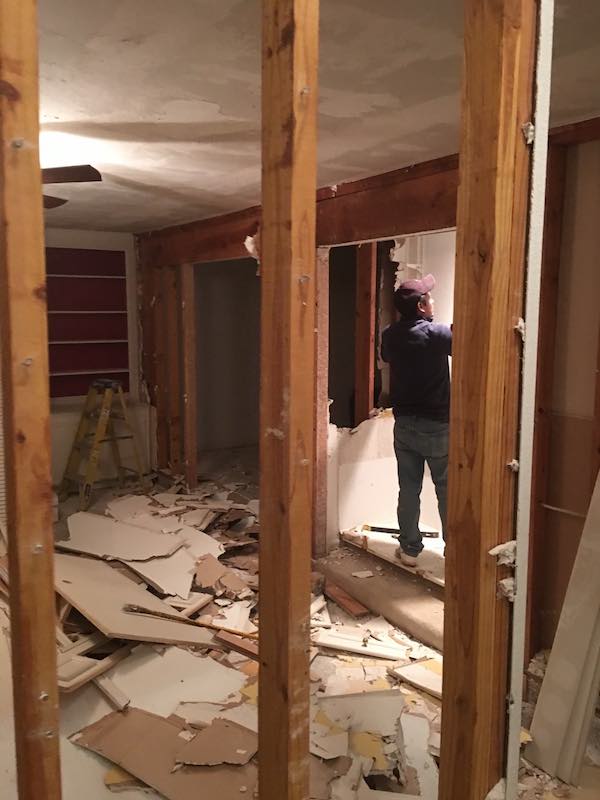 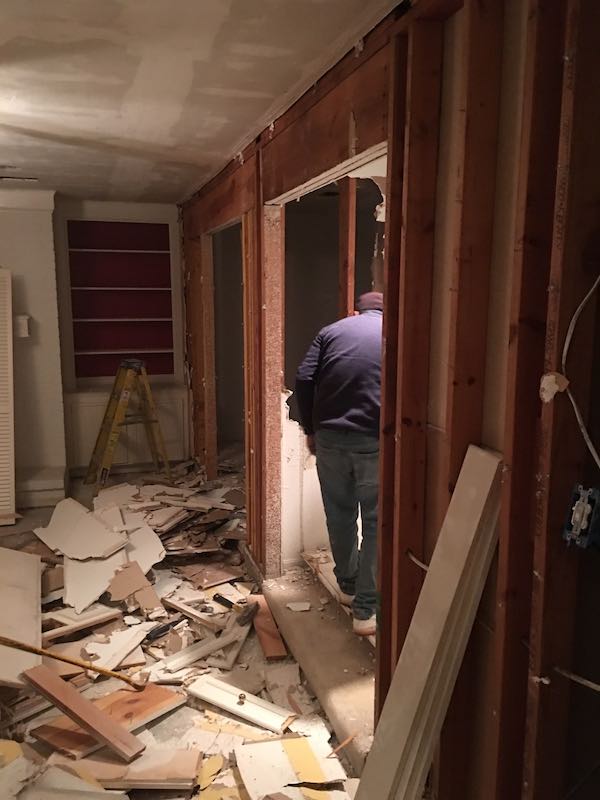 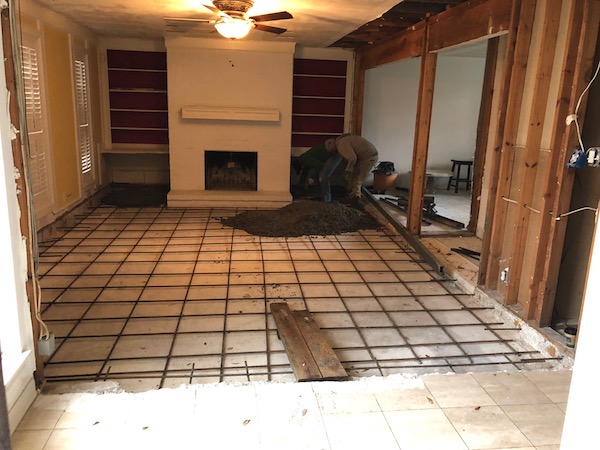 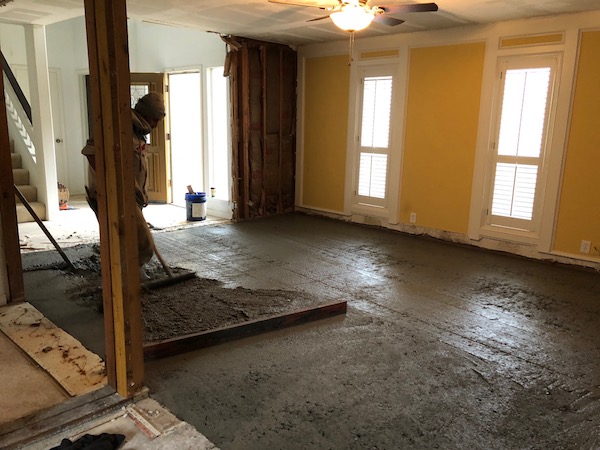 They knocked down the walls first and cleared the area to prepare it for the concrete. Then screwed in the rebar and poured the concrete. It’s amazing what a difference it makes to knock down unnecessary walls! I feel like Joanna Gaines knocking down walls! Haha. We wish we could have knocked down the wall separating our living room from our kitchen to create a grand open downstairs space. Unfortunately, there’s too much on that wall – like our fridge, and an air vent and it would create many more projects that we frankly don’t have the budget for. So we decided on going this route and I think we’re going to love the outcome! 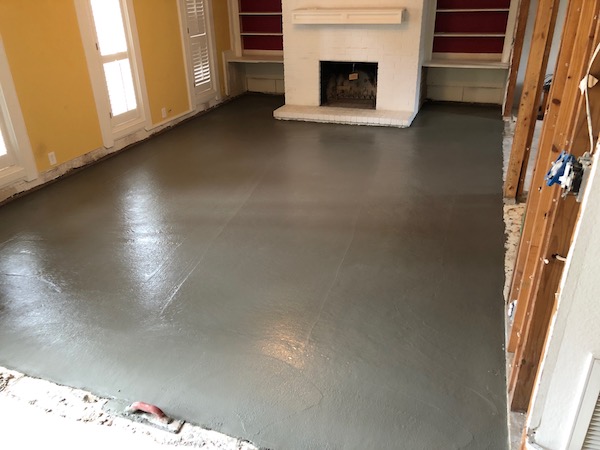 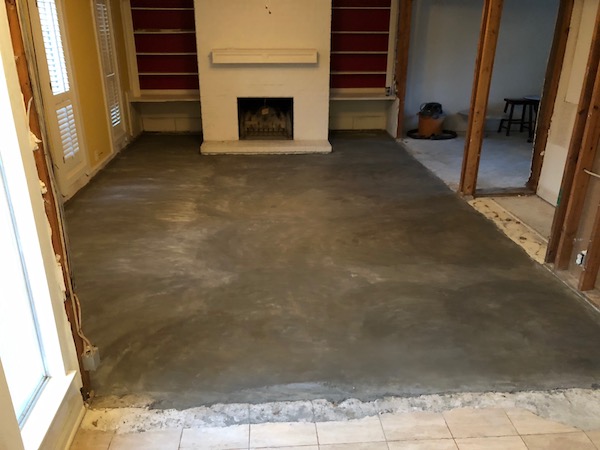 I already can’t believe we ever had walls in the spaces where they were knocked down. It feels like it should have always been this way. Now, our bottom floor is all one level and is ready for us to remove the rest of the tile and lay down new floors. When we knocked down the walls, we realized that some of them were load bearing so now we will be installing a beam as well. Once that is done, we can start demo-ing our tile.

It’s so exciting to see it all coming together! Though it’s coming along slower than we would like, we are learning to appreciate the process. It’s been a little inconvenient to be living in this space while all this construction is going down. It’s dusty and we basically only live in our bedroom for now, but our gratitude far outweighs the little annoyance. It’s all in perspective.

Complaint is poverty. Gratitude is riches. 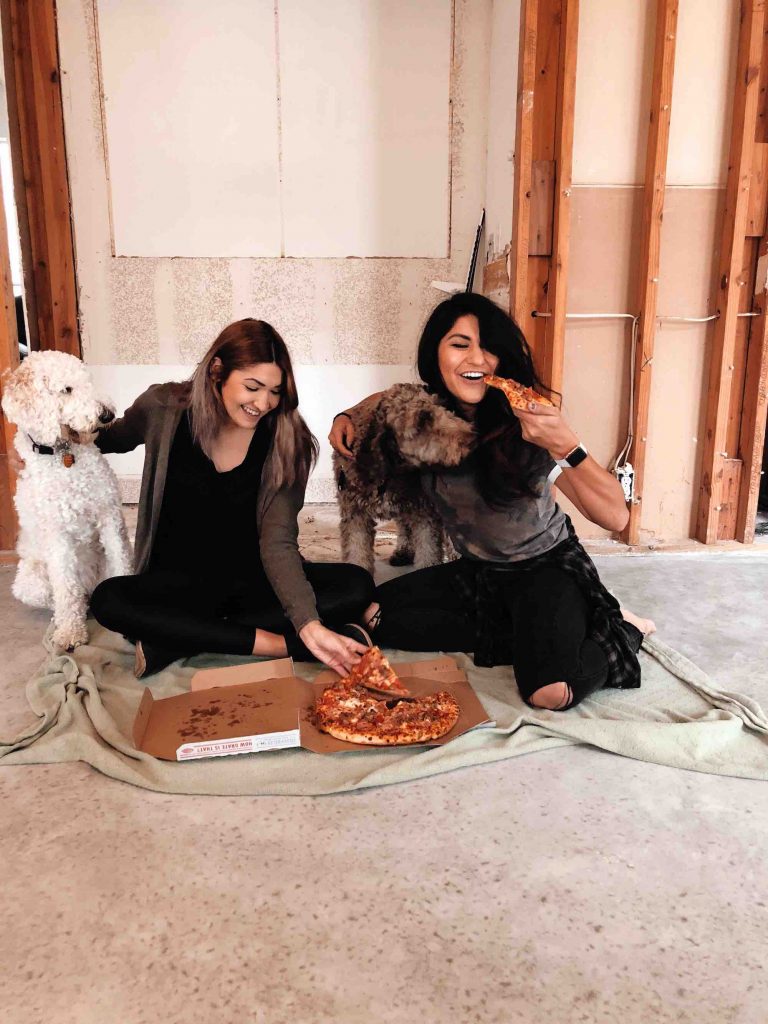