Honestly, if it weren’t for my husband, I would have never gotten Lasik. I had grown accustomed to the dryness due to contacts, the headaches, my glasses being scratched by our puppies, and the hassle of traveling with the whole I-can’t-see-good kit. I never really thought about Lasik being a real possibility for me. Until one day, Aaron was just looking into places that offer Lasik and booked a consultation at Mann Eye Institute.

At the consultation, they tested my eyes thoroughly to find out if I’m a candidate. The process was a breeze and really enjoyable. Once they determined that I was a candidate, they were like, “Okay, when would you like to schedule your Lasik? Next week?” I kinda freaked out. The thought of a consultation was fine to me. Easy, right? But now, with the possibility of Lasik being just a few days away, fear started to set in.

I was about to get a laser to my eyes. That just doesn’t sound like it should be normal. It sounds more like something from a science fiction movie. I kept telling Aaron that I’m gonna come out of the procedure like the Cyclops from XMEN, shooting lasers out of my eyes. 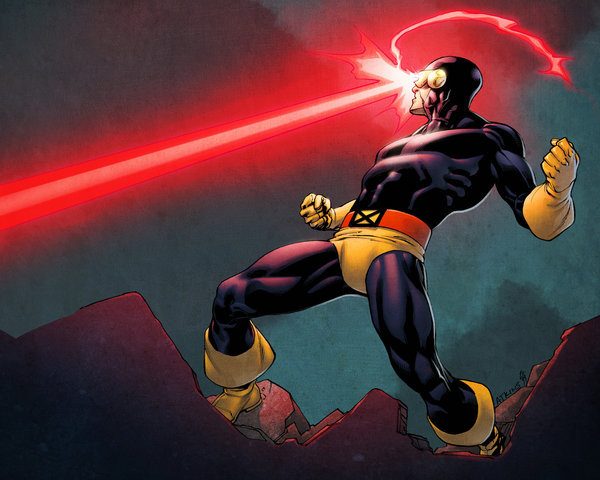 It’s wild to me how regular Lasik has become. While you were playing Snake on a green screen Nokia phone, renting movies at Blockbuster, listening to music on your Walkman and worrying about Y2K in 1999, the US approved Lasik. 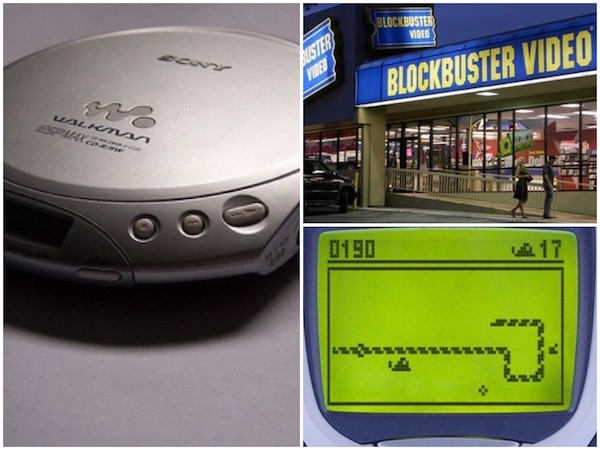 I don’t know about you, but that doesn’t feel like that long ago and especially when we’re talking about putting a laser to my eyes. I mean, I hardly listen to kids who were born in 1999, let alone allow a procedure that is that young correct my vision (sorry students, you know I love you). Our consultant assured me, though, that Lasik has been around for a long time and it’s a very easy, common procedure.

So, I decided to take her word for it and I was on my way to 20/20 vision, baby! Aaron and Sami came along with me for moral support and to record the procedure on their phones. Mann Eye asks that you wear your glasses for a whole week prior to the procedure in order to release the shape of your eye ball from the contacts, so they first checked my eyes to make sure they were good to go in that regard and to triple check my prescription. 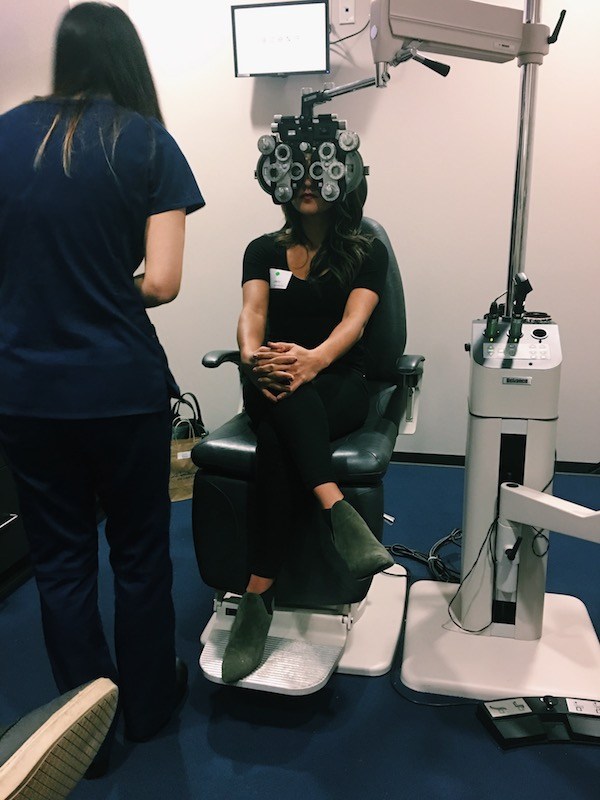 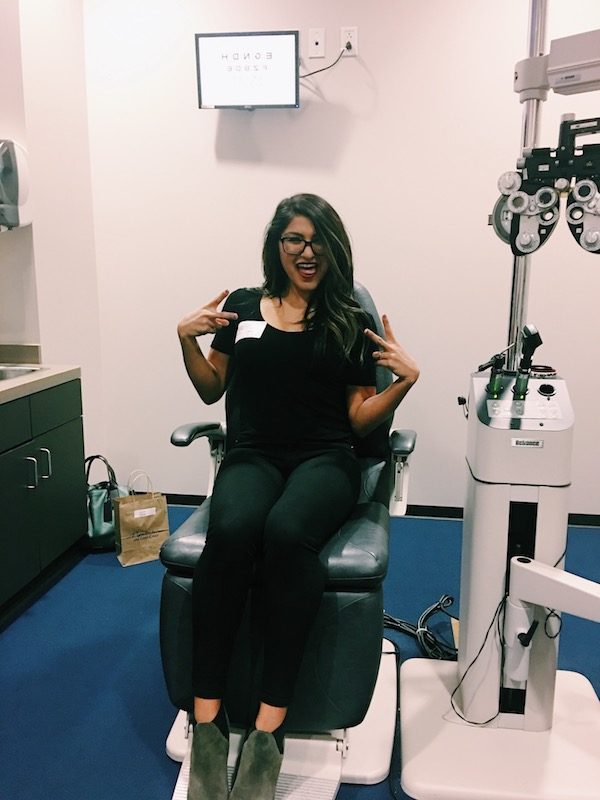 Once that was done, they sat me down in a waiting room where they gave me Valium to relax, numbed my eyes with some eye drops, pulled my hair back in a cap and gave us these amazing cookies. You could say I was feeling pretty good. Haha. 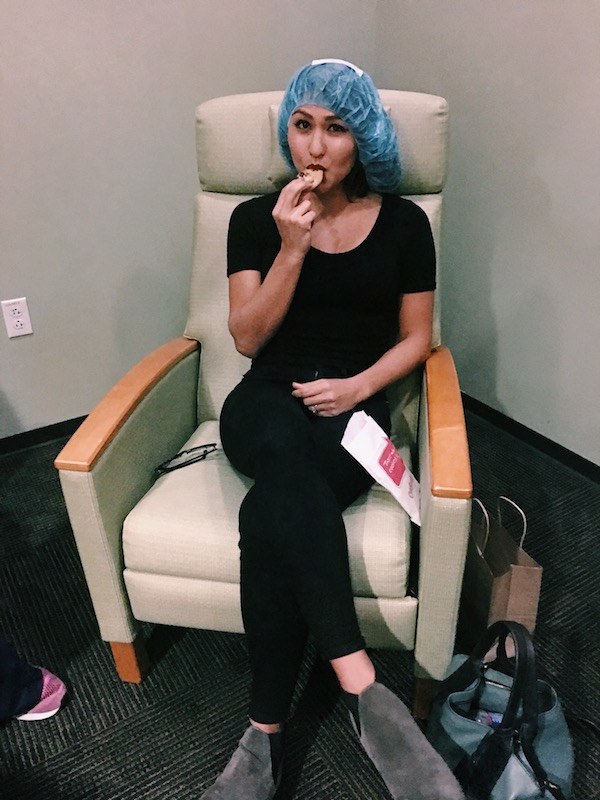 They gave time for the Valium and numbing to settle in and then brought me into the room where the procedure is done. The walls were all glass so Aaron got to video the entire process and see exactly what they were doing. Mann Eye Institute does a bladeless procedure where they use a laser to create the corneal flap instead of a blade. They used one laser to create that flap, then moved me under another laser, lifted the flap and used the second laser to reshape my cornea and correct my vision. Then they reset the corneal flap and it was done. 5 minutes. It was so fast! They even gave me a stuffed teady bear to hold during the procedure. 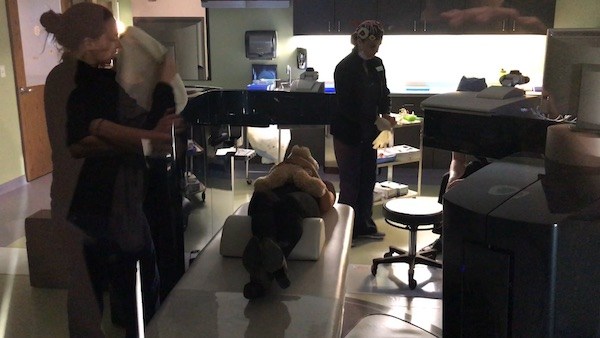 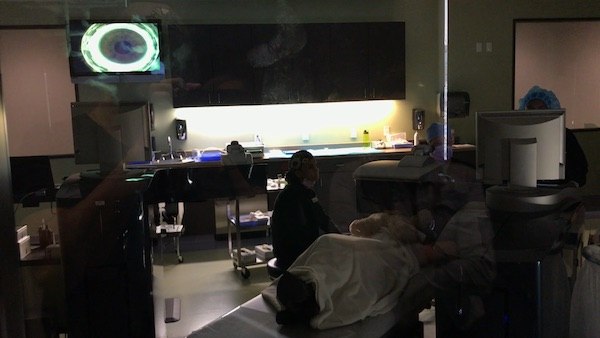 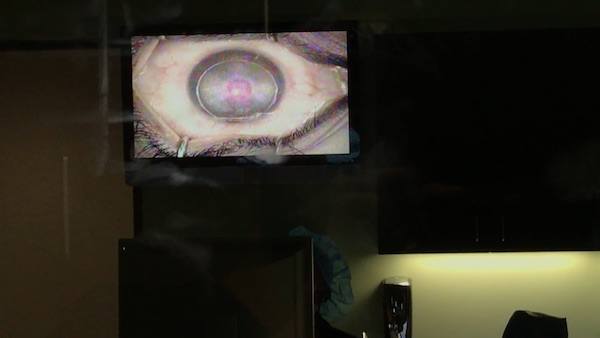 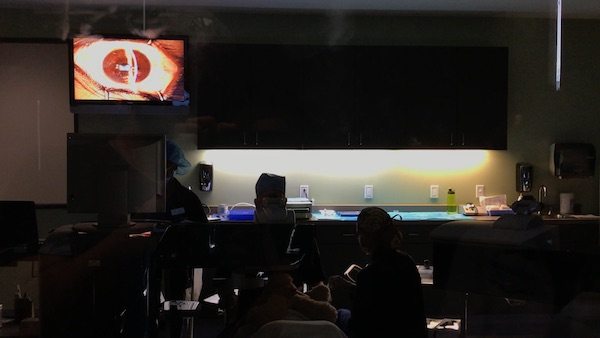 I was amazed. No pain at all. That was it! They ask that you go home to sleep right after the procedure and that in the first 24 hours, your eyes are 80% healed. We started to head home, but stopped to get some froyo first, of course. This is me right after the procedure. I may not have come out with Cyclops laser eye abilities, but I kinda look like him in those protective glasses they gave me lol. 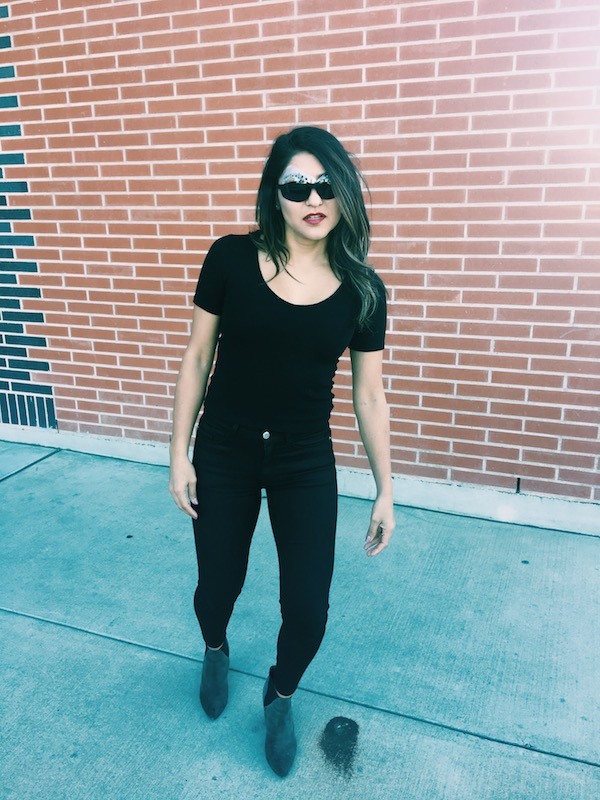 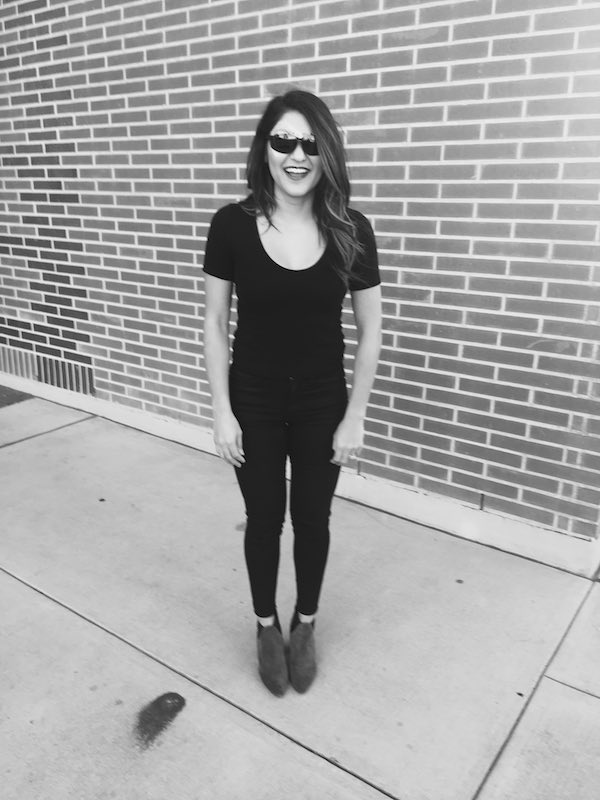 Sami and Aaron said that I was ridiculous from the Valium and that I kept laughing and talking about how funny the doctors were. All they have to show for it is this picture. Laughing? Crying? Both. 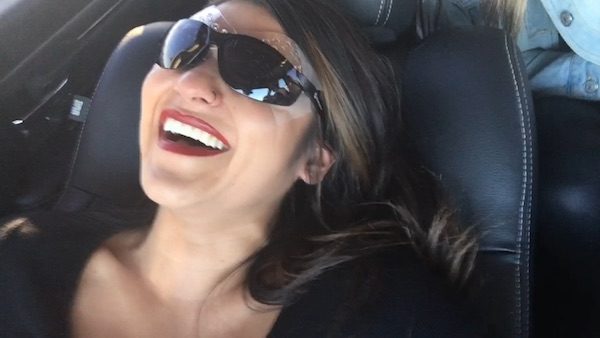 We went home, my eyes burned a bit, but once I went to sleep and woke up, it was fine. I woke up and I could see perfectly! Guys, I see way better now than I ever did with contacts or glasses. In my day after check up, they told me I now have 20/15 vision! It seriously is so amazing to wake up in the morning and be able to see. I feel so blessed and thankful that Aaron considered this a priority even before I did. It’s a game changer and totally worth it.

If you are contemplating Lasik and fear is the only thing holding you back, I want you to hear me say again that it is so worth it and once you understand the procedure, it’s not scary at all. Book a consultation, they will explain it all to you and you’ll be able to get comfortable with it, push yourself past your fear and be free from contacts and glasses! If you are in the Houston area, I highly recommend Mann Eye Institute in Katy. Every single person we met on their staff was so kind and helpful and made me feel comfortable in every way. Plus, my delirious post-procedure self apparently thought they were SO funny.