Many of you have commented and asked about the cake we made for our Mami for Mother’s day this past weekend, so we decided to share it with you guys! This is our Three Layer Churro Cake Recipe that we kinda experimented with and honestly, we were super pleasantly surprised with how it came out! Sami and I have been getting random opportunities to bake cakes recently and it’s been a lot of fun. So last week I was telling her it would be awesome to bake a churro flavored cake and we decided to go for it! 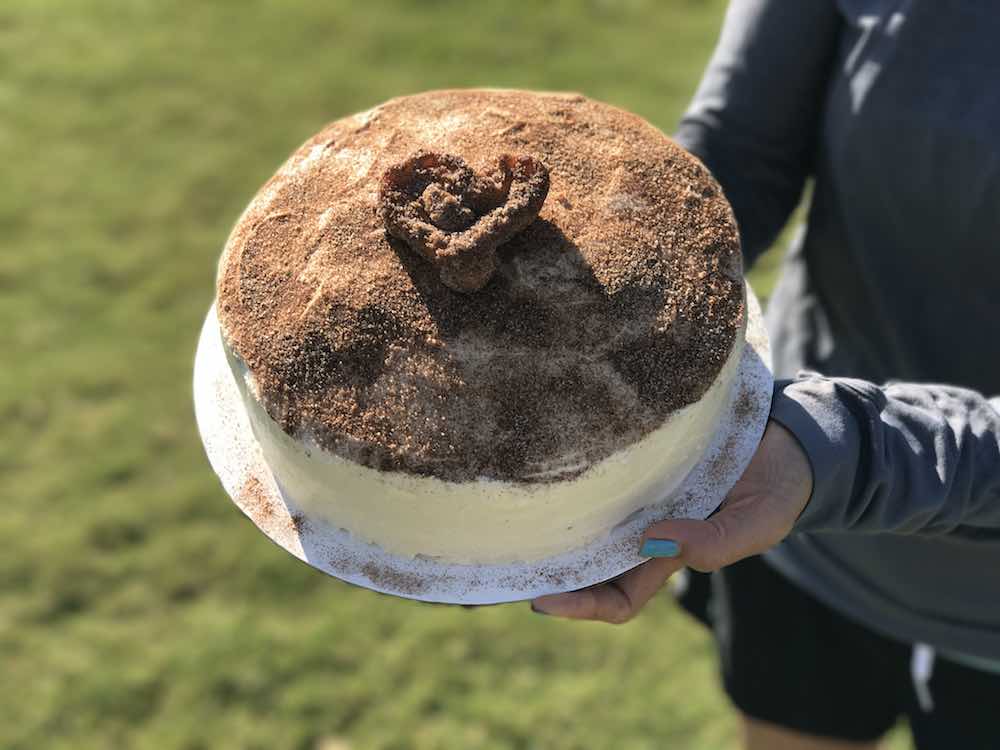 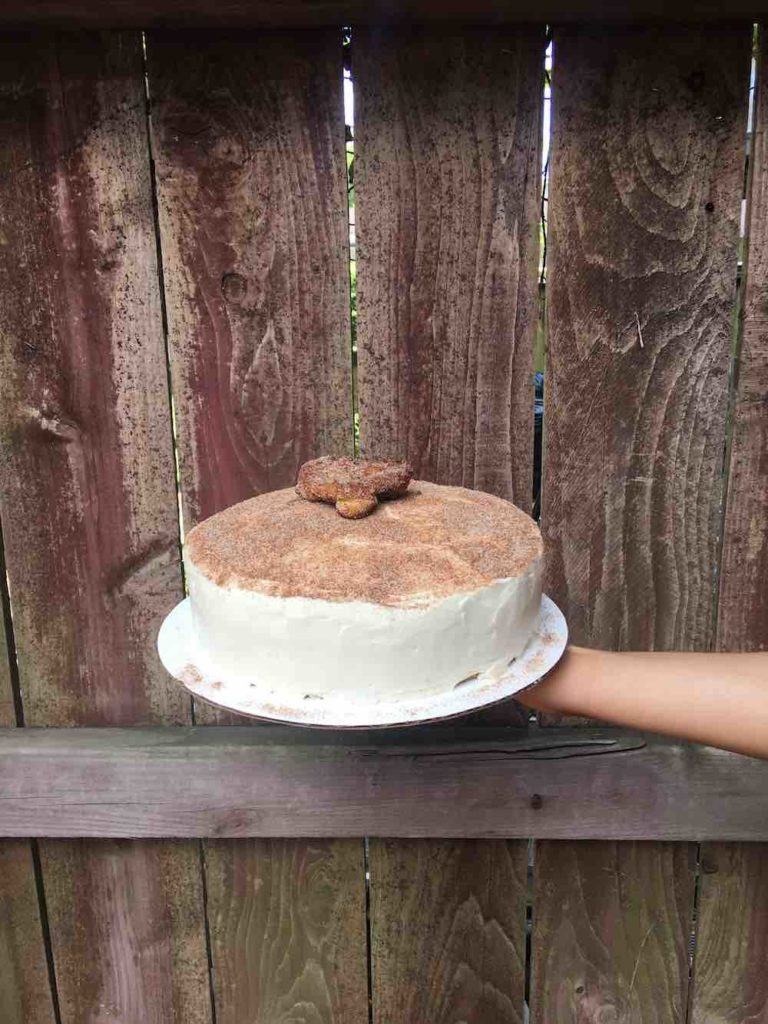 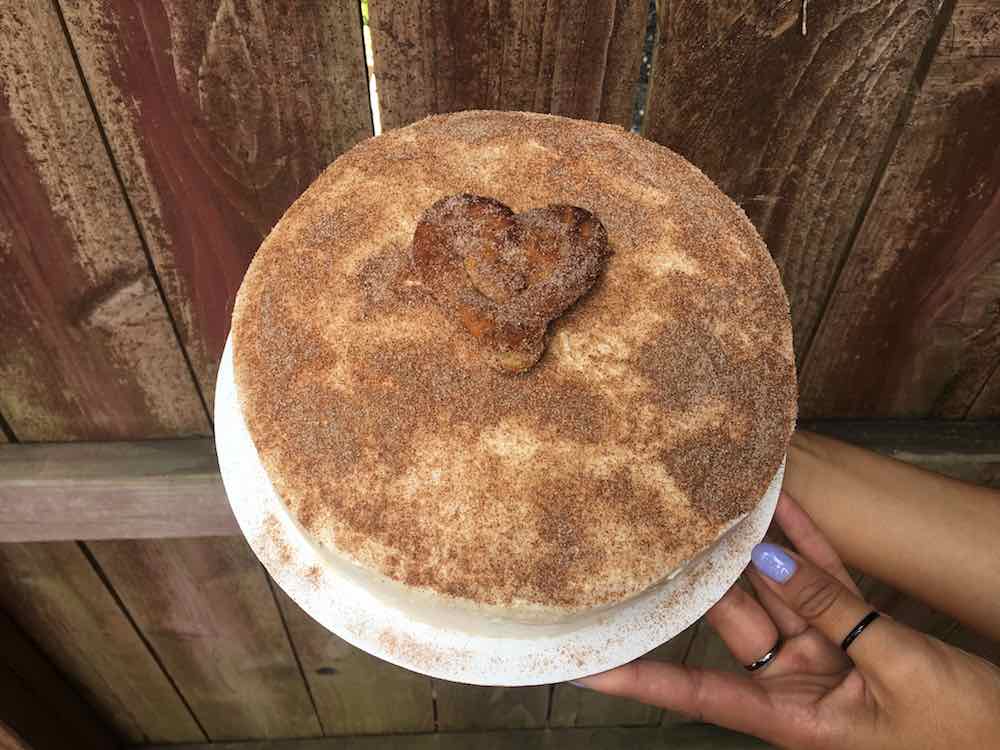 We wanted it to be a cinnamon cake filled with a butter-cinnamon-sugar frosting filling, covered in vanilla buttercream frosting and topped with cinnamon sugar and a churro. So we set out on our kitchen adventure! Shout out to my high school besties (The Fab Five) for getting Aaron & I this KitchenAid for our wedding – it has definitely been put to good use. 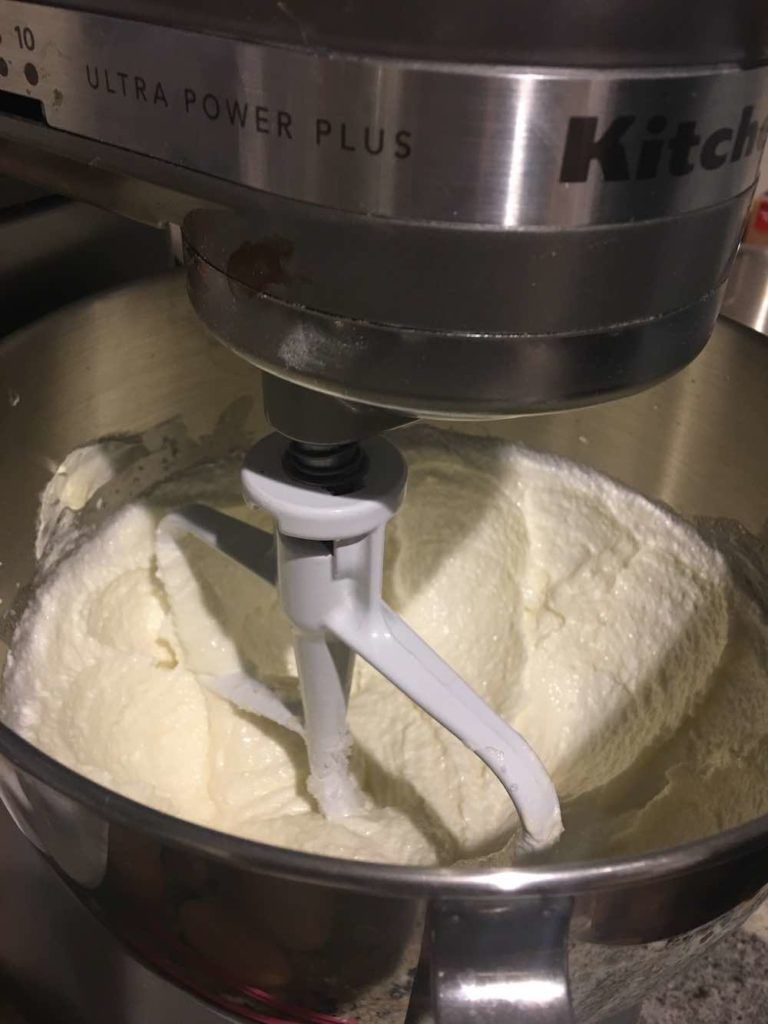 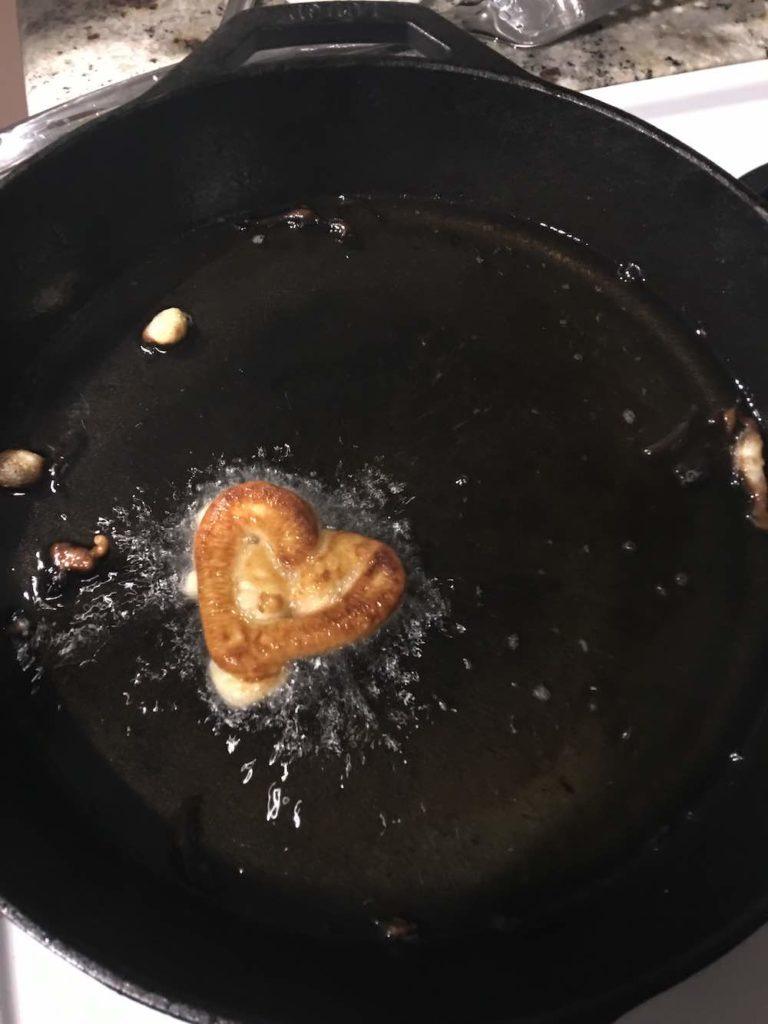 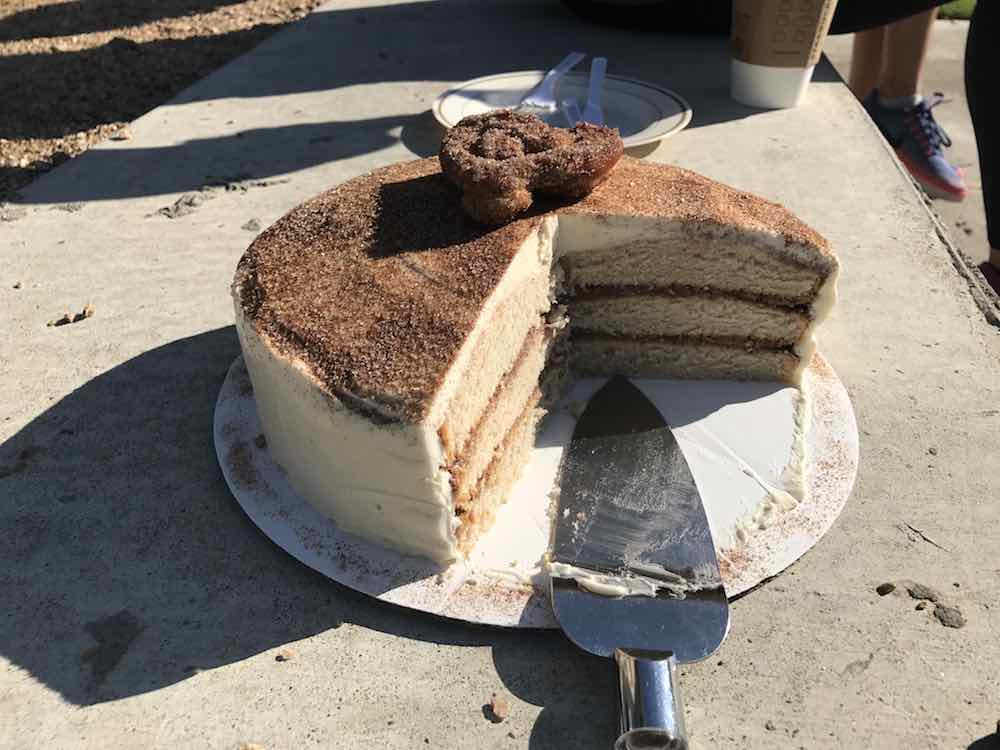 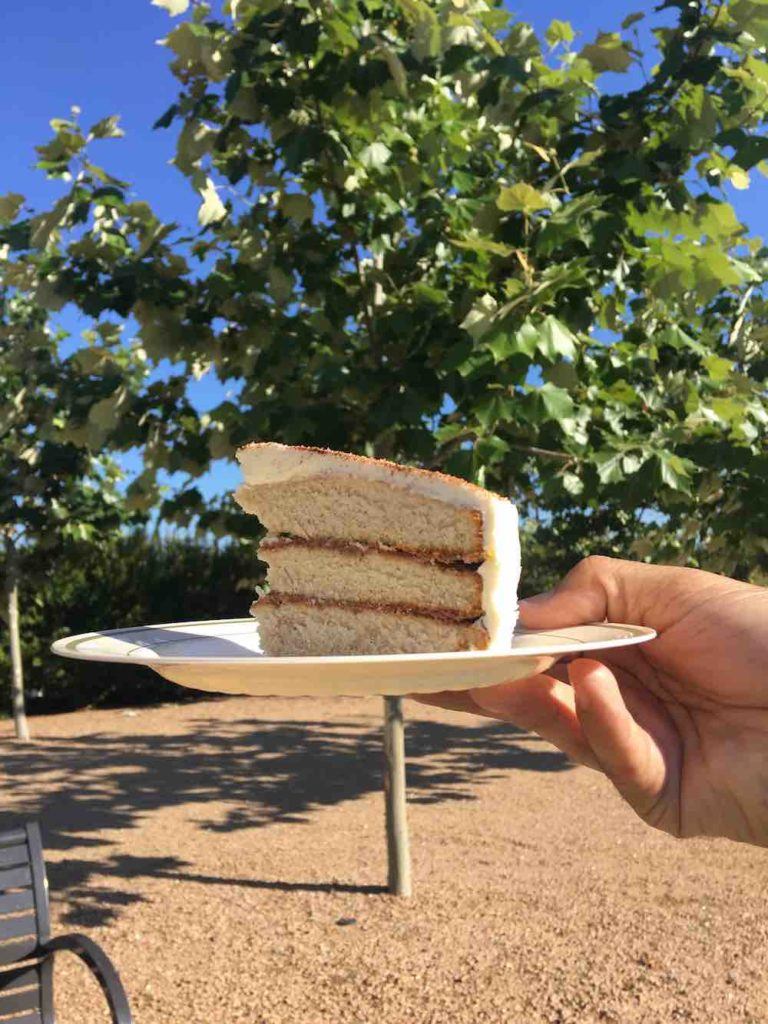 Combine the flour, baking powder, cinnamon and salt and whisk together.

In a large bowl with an electric mixer, combine the sugar, butter and vegetable oil for 5 minutes until fully combined and fluffy. One at a time, mix in the eggs and then add the vanilla; mix well.

Fold in the flour and milk a little bit at a time, in parts. Combine with a spatula until smooth.

Coat three 9-inch round pans with your fav non-stick method. We buttered the bottoms and the sides.

Bake the cakes until golden on top and a toothpick stuck in the middle comes out clean. About 25-30 minutes.

With an electric mixer, beat the butter and salt together until smooth. Slowly add in the powdered sugar and beat together, then increase the speed to make it light and fluffy. Pour in the milk a little bit at a time, beating it together with each little pour.

Mix together the butter, cinnamon, powdered sugar with a spoon or a spatula. Once all combined, mix in a couple spoonfuls of the already prepared buttercream frosting and combine.

Cinnamon and sugar combination to coat

In a sauce pan, combine butter, sugar, water and salt. Heat while mixing the ingredients together until fully combined and heated to a boil, then reduce the heat to low. Add the flour and stir in well, let it cook for 2 minutes. Take it off the stove and move to a bowl, let cool for 10-15 minutes. One at a time, add in the eggs and mix well in between each egg. Put batter into a ziplock bag with a large star tip at the end. Squeeze batter into desired length of strips onto a plate or a pan, then put in the freezer for about 15 minutes just so that they harden. Heat up oil in a frying pan until it’s hot enough to fry the batter. Then, drop each strip individually into frying oil. (We made our churro into a cute little heart.) Once first side fries, flip the churro so the other side is also light golden brown. Remove from the oil and cover in cinnamon sugar immediately so it will stick.

Remove one cake from pan and put on your cake plate. With a knife, even out the top by cutting off any areas that are rounded and create a flat surface. Then spread butter-cinnamon-sugar frosting filling evenly over the top. Repeat with the next layer. Once the third layer is assembled, frost entire cake with buttercream frosting and smooth out the surface. Then dip a spoon into your cinnamon-sugar powder and sprinkle on the top of the cake as desired. Decorate the top with the churros as you’d like! We hope you enjoy it as much as we do! 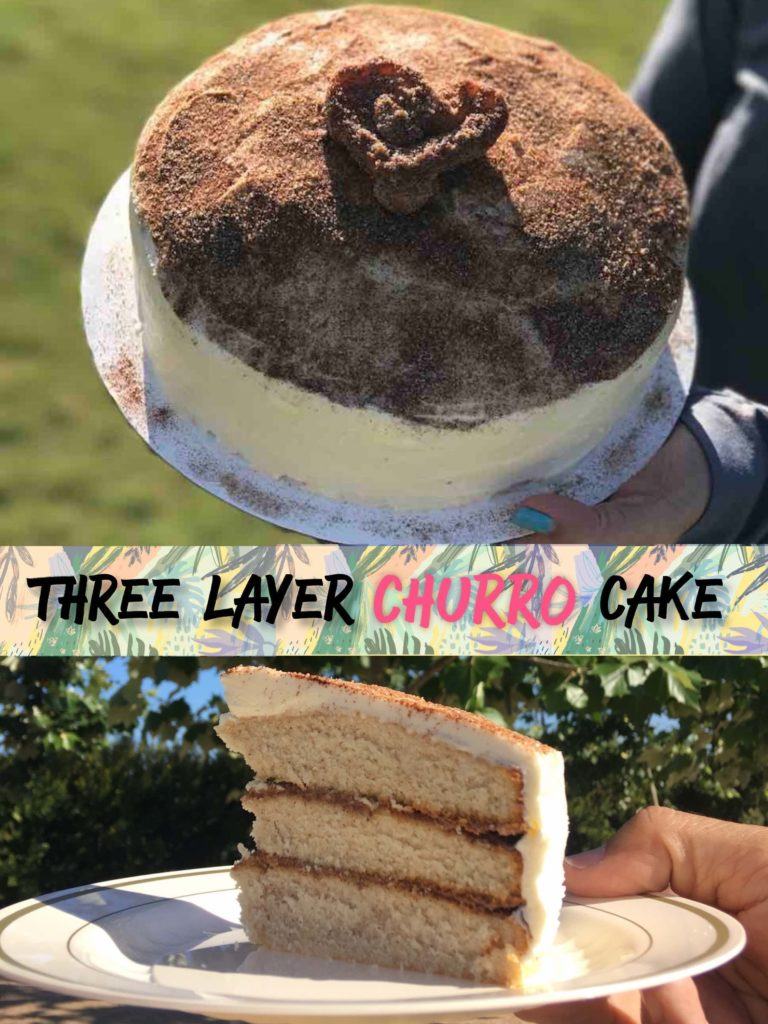