You are here: Home / Taco of the Month / Taco Trucks in Turlock, California

I’ve been visiting family all week long in my hometown, Turlock California. Ever since I moved to Texas, I’ve had a hard time not seeing as much authentic Mexican food. Its hard to find that delicious tasting, good flavored meat and spicy salsa that adds so much goodness to the taco. But in Turlock, there are so many restaurants and Taco Trucks you can go to to get your real Mexican food fix! I could not wait to eat these tacos again and now share about the amazing tacos I grew up on while living in Turlock.

So, there are a few trucks you can get your tacos from and well they are all pretty great, of course, everyone has their preference. I initially would go to the same truck every time when I lived here, but the other day I decided to branch out and try the one everyone talks about; Taqueria Elvia’s. Back in the day, there were four trucks lined up next to each other and now there are only three. But these three trucks were always the main ones and the ones everyone talked about. I remember it like it were yesterday. 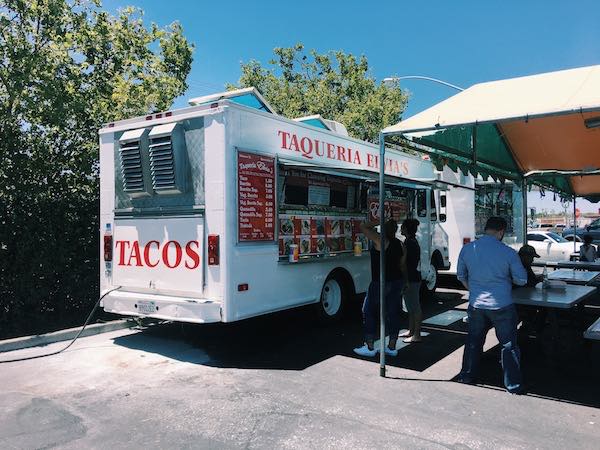 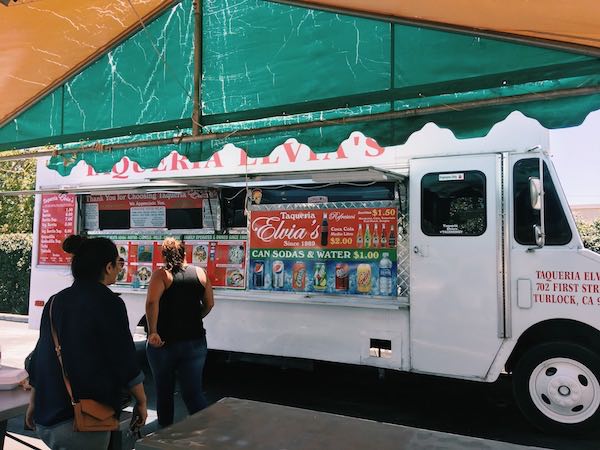 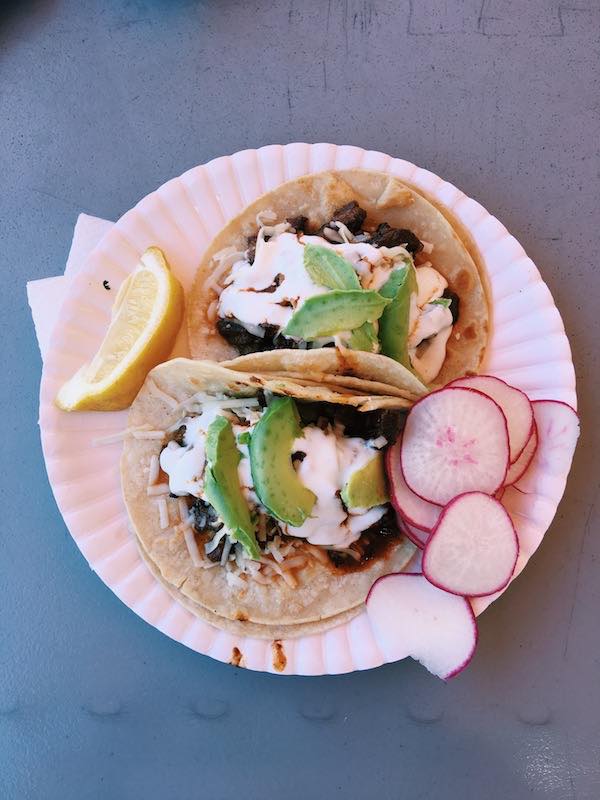 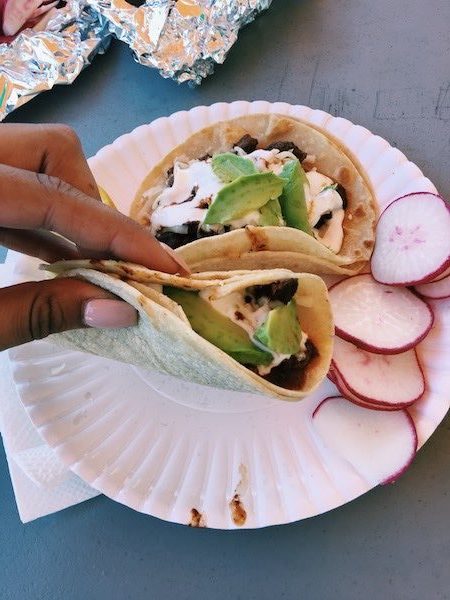 I had to know what all the fuss was about and well, these tacos were incredible, just melt in your mouth amazing! Each Taqueria Truck has its own menu with a variety of things you can get, such as – tacos, regular burrito, burrito supreme, quesadillas, tostadas, and a few others. They also have their “special” type of tacos either made with a flour tortilla or it has other things added to it that a regular taco doesn’t have. Elvia’s Taqueria has a taco called “Elvia’s Taco” which was the one that I got. I chose to get it al pastor and the taco was topped with sour cream, cheese, salsa and slices of avocado. It was delicious. They also have a taco called “Taco Michoacano” which has the meat of your choice, cabbage, cheese, sour cream, salsa and avocado slices. My two cousins joined me to the trucks and one of my cousins, Kailee Ban also ordered from Taqueria Elvia’s, while my other cousin Jose Ban, ordered from the one next door, Silva’s Taqueria. 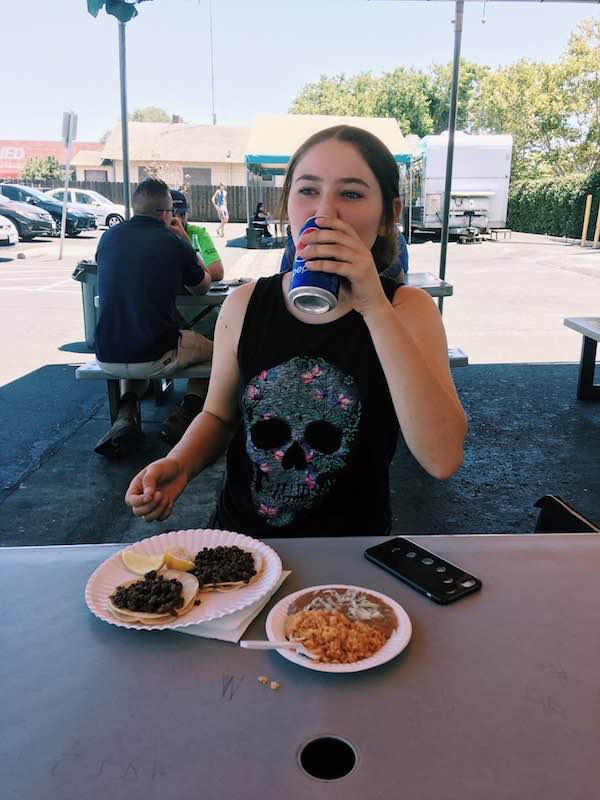 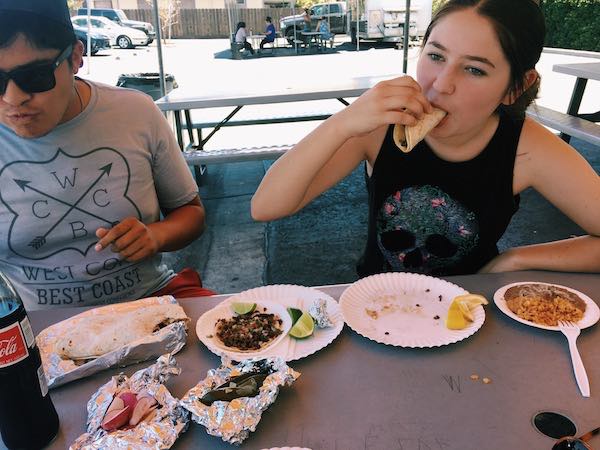 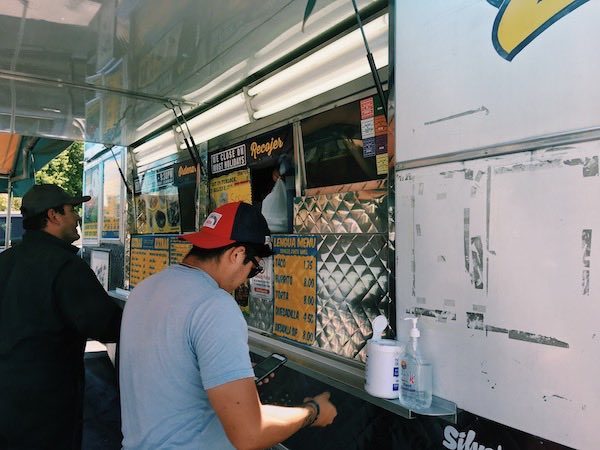 In high school, I remember perfectly how easy it was to ditch during lunch and walk or drive to the taco trucks to get my burrito supreme. Everyone in high school did it and it was so easy and accessible. These trucks were a hit at my school especially since it took no time at all to walk there! We used to risk getting caught because it was so worth it to get our burrito or tacos. No one could stop us! But, the only thing that has changed about these trucks is the prices. They have gone up since I lived here and obviously, over the years, times have changed and things get more expensive. When I was younger I also remember looking for enough quarters to buy my burrito supreme! They used to be $5 bucks, haha! But nonetheless, the taco truck food is still amazing and as flavorful as before. 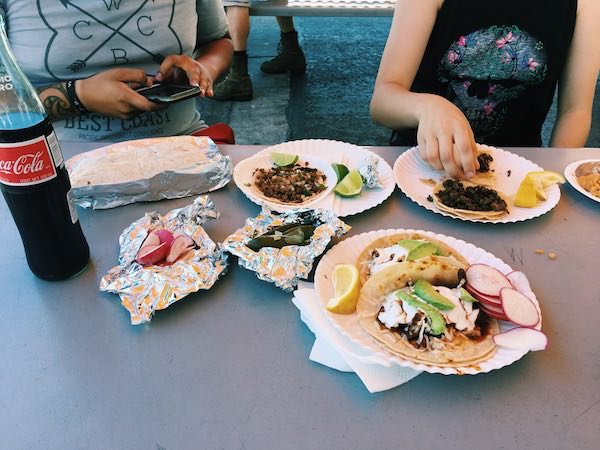 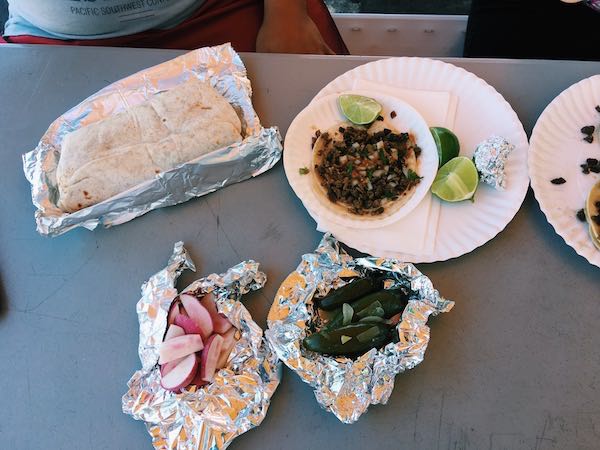 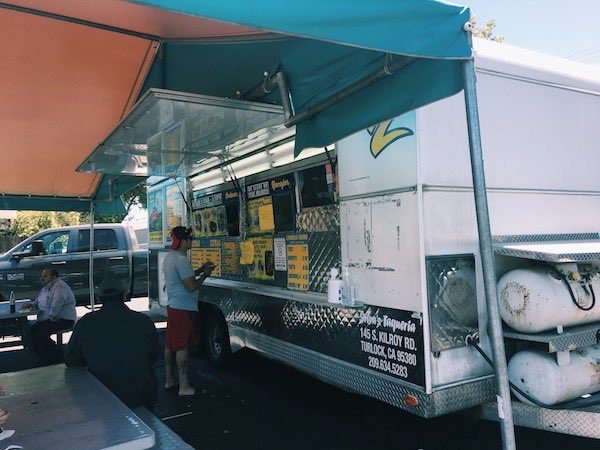 Silva’s Taqueria also has an assortment of things you could choose from on their menu. Tacos, burritos, quesadillas, tostadas, and much more! Each truck has its specialty thing and people usually cling to that truck for a specific food like “Silva’s has the best burrito supremes, or Elvia’s has the best tacos!”  All throughout high school, I would hear everyone talk like this! Since I thought every truck was great I really didn’t have a specific one that I stuck to, but I finally tried the tacos from Elvia’s and I was impressed! I like that they have made specialty tacos that are different from the regular carne asada taco everyone gets. I’ve always been one to add more toppings to my tacos, sour cream, avocado, cheese? YES! So trying Elivia’s taco truck taco for the first time easily became one of my favorites!

Now if you live in Turlock and are wanting some scrumptious tacos or Mexican food I recommend these taco trucks on Center St. That is as authentic as it gets here, and well you probably already know about them! But they are fast and never disappoint. One of the many things I miss about California is how great the Mexican food is. Happy Taco Tuesday! Go out and enjoy some tacosssss!