You are here: Home / Lifestyle / 9 Things You Should Do At The Houston Livestock Show And Rodeo

As most of you know, Sami and I were born and raised in California so we grew up pretty far removed from anything that was real rodeo culture. I mean, we grew up in an agricultural area, so there were farmers, 4H clubs, and probably pockets of people who went to small rodeos here and there, but that was not a part of general culture. And honestly, before I moved to Texas, I used to think rodeos (especially on this scale) were a thing of the past. So I went from that to then moving to the city that holds what is considered to be the largest livestock and rodeo show in the world! Plus, I now live with three Texans – my husband, and our two pups. So it may be time for this Californian to convert, but probably not. Haha.

Over 2-million people throughout 20 days visit RodeoHouston to be entertained, awed, inspired and stuffed silly with crazy delicious and equally terrifying food. If you are a native Houstonian and you grew up going to the rodeo, most of the things on this list are probably normal for you, but when I first moved to Houston there was no way that I could have mentally prepared myself for how big of a deal this is. I honestly didn’t know some of these things existed until I saw them for myself.

So this is my list of things that must be experienced during the Houston Livestock and Rodeo Show:

Kick it off by joining in the fun at the World’s Championship Bar-B-Que Contest. More than 250 teams compete each year on the weekend before the rodeo starts. Most of the team tents are invitation only, but there are tickets available to the general public that admit access to the live music areas, carnival rides and include a complimentary sliced barbecue beef sandwich plate. Stop by March 2-4, 2017.

So…this is one of those things that Houstonians or rodeo attending people, in general, may think is normal, but I’m just saying, registering your child to mount a sheep and hold on for dear life in hopes of staying on for 8 whole seconds before being thrown off isn’t a universally natural thing. But hey, we’re in Texas. Haha. The first time I saw this during the rodeo show, I was speechless. I don’t know why they do it, but it’s so cute and the kids seem to have a blast. At The Junction attraction in RodeoHouston, parents can sign their child up to see if they are strong enough to bust a mutton. 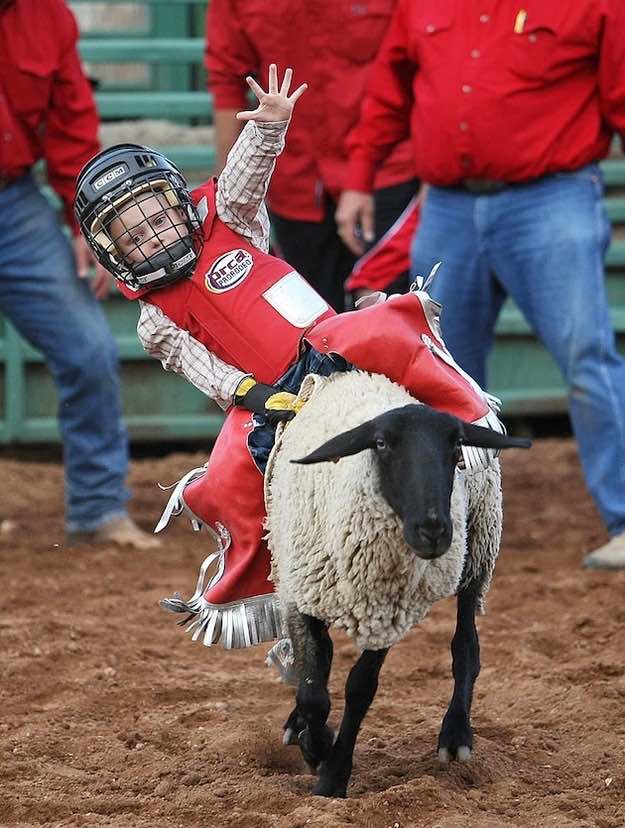 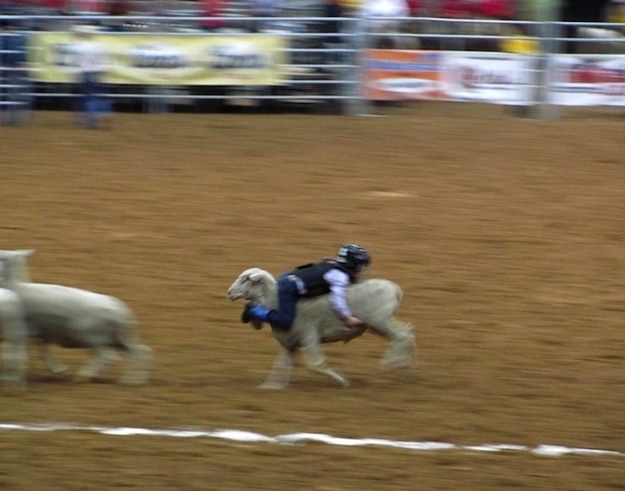 Eat a turkey leg. You have to. Just do it.

For 80 plus years, some of the greatest entertainers have performed at RodeoHouston – from Elvis Presley to Usher. This year is not exempt, from all different genres, people will find an act they will enjoy. Check out the calendar to find out when performers like Alicia Keys, Willie Nelson, Fifth Harmony (with only four girls…so are they Fourth Harmony now?) and Blink 182 will take the stage. 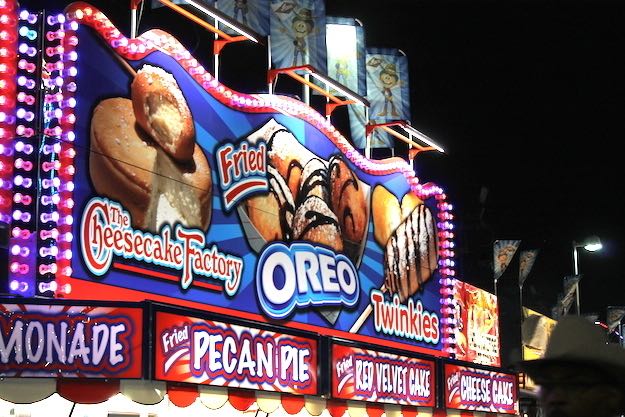 This is an educational exhibition in the NRG Center for children and adults alike. Different areas include a birthing center, fisheries, honey bees, milking parlor, a petting zoo and pony rides!

This is one of those things that I used to think were a thing of the past. What’s most amazing to me about this trek that trail riders make from Brenham to Houston to let people know RodeoHouston is coming, is that what started out in 1952 with four men has now grown to 3,000 people. You must see the trail riders when they come through, check out this page for their schedule and whereabouts. 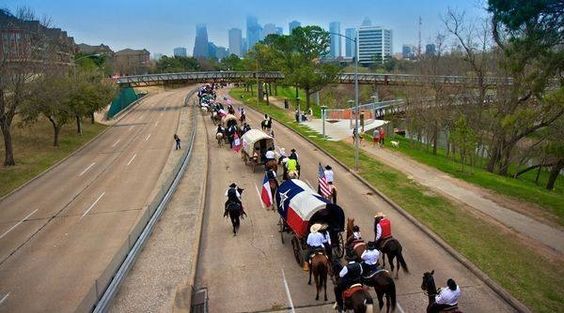 Houston is so beautifully diverse and to celebrate the community, there are a number of special days that people can participate in. This year’s are First Responders Day, Armed Forces Appreciation Day, Black Heritage Day and Go Tejano Day. Each special day has activities and performers to help celebrate.

I personally have yet to see this parade, but it sounds so awesome. From award-winning floats to the trail riders to marching bands, the Downtown Rodeo Parade kicks off the Houston Livestock Show and Rodeo this year on March 4 at 8:30 am. 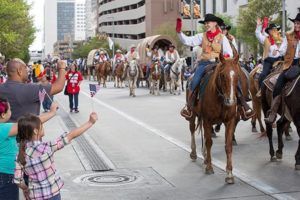 So whether you’re a rodeo-attending pro or a newbie to this whole scene, go out and enjoy all that this incredible spectacle has to offer as this great metropolis city of Houston puts on a down-home celebration of Western heritage.