You are here: Home / Lifestyle / What I Didn’t Expect In My First Year Of Marriage

It’s my first full trip around the sun with my husband!! Yaaaasss!

We’ve experienced so much in one year. Part of me feels like our wedding was just last month but then when I look at everything we’ve done, I can’t believe we did it all in just one year. 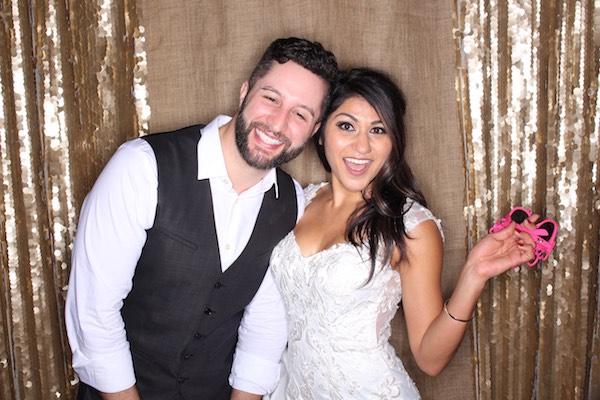 We’ve remodeled a house, got a second dog, bought two cars, travelled to three different countries, put our first house up for rent, sold a car, bought a second house, got into debt, paid off debt and gained about 10 pounds lol.

Last year, when we were barely beginning our journey as husband and wife, there was so much I was excited to venture into…but of course, there was also so much that I didn’t expect.

I didn’t expect to have to change the way I put toilet paper on the dispenser.

Does the toilet paper go over or under? Yeah, I realize that sounds silly but we did not do it the same way when we first got married lol. Nor did we do many other things the same way and we’ve learned to meet in the middle with some give and take.

I didn’t expect to marry someone who thinks so much differently than me.

Obviously, this is a bit exaggerated, but if we’re honest, we always feel that the way we think about things is the ultimate way and we think that everyone else must think that way too, right? Aaron and I have a lot in common. We connected immediately because we think so much alike and we had so many of the same interests and values. But once we started living together, I realized there are many ways in which we think differently.

Sometimes he’ll do something a certain way and I literally think to myself, “why the heck did he do it like that?” because it didn’t make sense to me. Or one of us will say something to the other without thinking of how it could be interpreted negatively. Or one of us is waiting for the other to do something, expecting the other to read our minds, but they can’t lol. We’ve definitely found that over-communication is our friend and can help clear things up. The main thing I’ve seen is that if I have Aaron as my main concern and I care most about how he feels, it’s easier to see his “side” of it. If I’m being selfish and caring only about if my point is being heard, we will be at odds.

I didn’t expect to make such big adulting purchases.

Like I said earlier, we have done a lot this year. We’ve met a lot of our goals and it’s been awesome, but it has also been expensive. Remodeling a house is so expensive and the non cute things like redoing plumbing or electrical work seemed to be the most expensive!! Haha. This year, we were able to reach our goal of renting our first house to great tenants and buying a second house, plus our goal of getting out of debt (minus our cars and mortgages). It’s been amazing but it has been a lot of work and has taken a lot of financial discipline. You can read more about our debt free journey here.

I didn’t expect to have two dogs with three times the amount of work.

We love our pups. Aaron surprised me with Cali for my birthday when we were engaged and when we were on our honeymoon, we picked out Max because we wanted Cali to have a buddy, haha. They are full of energy and they love each other, but they are a lot of work and for a girl who never had pets growing up, I never would have expected to have two crazy pups that I love so much. 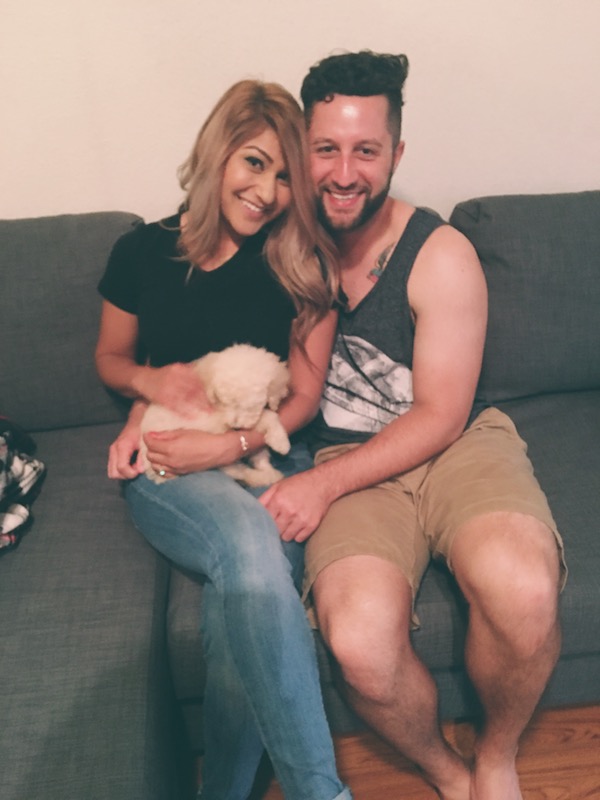 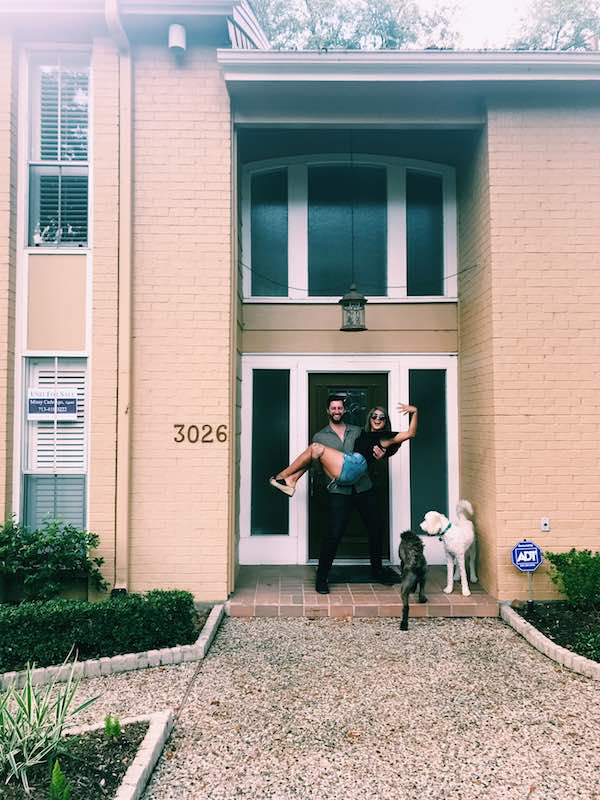 I didn’t expect to disappoint myself.

Going into marriage, I was so confident that I was going to be an awesome wife. I was like, “oh yeah, I’m gonna rule this wife thing, it’ll be easy“. But really, having a husband is a lot of work. You have to feed him and water him and do his laundry and shave your legs and make edible food. Just kidding, I actually love shaving my legs. The point is, I am not the perfect wife and there have been so many times where I wish I could’ve done things better for my husband. I am not the best cook, I don’t always clean the house to the neatest standards (he’s way more organized than me) and I can be pretty forgetful sometimes, but I’m learning and I have to give myself some grace as I learn to be a better wife. Which leads me to my next one…

I didn’t expect to have such unrealistic expectations.

One thing I have really noticed in marriage is that unrealistic expectations are like a sneaky monster under the bed that has been hanging out without you knowing it, only to come out and bite you when you least expect it. Aaron and I have learned that we can’t have unrealistic expectations for each other or even for ourselves if we want to live in grace and love. I can’t expect myself to get everything right just as much as I can’t expect him to know exactly what I’m thinking. There’s been a number of times where we disagree about something and we get into an argument only to realize at the end that we were expecting the other to know something that they just couldn’t have known. We have to be fair with ourselves and with each other. 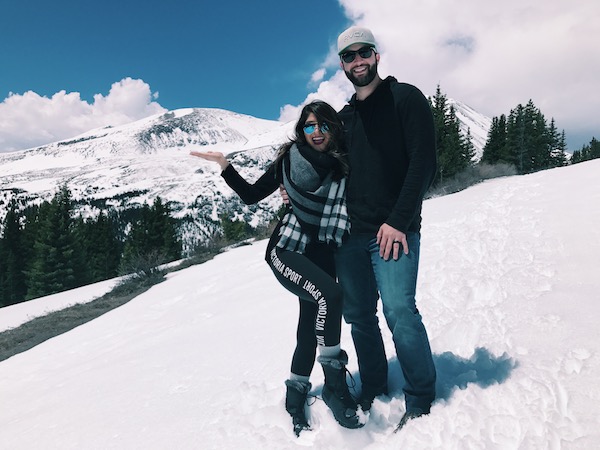 Finally, I didn’t expect to have my prayers answered.

I know this may sound kind of weird because they were my own prayers, so I shouldn’t be surprised, but before Aaron, I was starting to think I was going to have to settle. I have always been pretty reserved with relationships. Aaron was my first ever boyfriend and that was after I declined his first three attempts at asking me out. I didn’t rush into relationships with guys because I wanted to protect my heart and their hearts, if I could, and I wanted to save myself for my future husband. I wanted to remain the most pure I could be for him – physically, emotionally, spiritually, relationally. So as I was 27 years old and still hadn’t yet had a boyfriend, you can see how I started to think I would have to settle. After this first year of marriage though, I can confidently tell you that the Lord has answered all my prayers by giving me Aaron. That’s so ridiculously amazing and I’m not exaggerating. Things that I wanted, things that I needed, even things that I didn’t know I would need…Aaron is my true match and I’m so so grateful that I waited.

To all the ladies and gentlemen who are waiting and praying for their future mate, stay loyal. Don’t settle and don’t grow weary in being who God has called you to be. The Lord’s plan is perfect and always, always worth the wait. 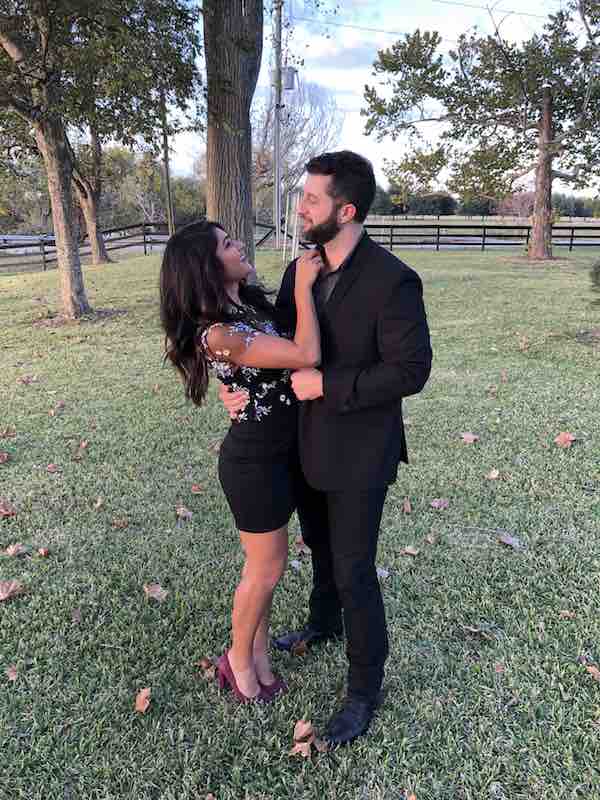