Our dearest friends from Spain came to Houston! For some, it was their first time coming to the United States and they were so excited to see everything and experience life in Houston. Shopping, different types of food, professional sports games, and the famous Houston Rodeo.

We went to Xativa and Madrid Spain this past summer. We had an amazing time; enjoyed learning about the culture, meeting people from the churches we partner with and experiencing the Spanish life. The Pastors and their families from each church were extremely welcoming and hospitable to us, and our relationship with each of them began to form.

Recently, they had the opportunity to come to our home, learn about our culture, and meet people from our church. I was thrilled to see the pastors’ daughters again and reconnect with them as we caught up on life. It was such a special time of sharing, bonding, and relating to one another. They flew in on a Thursday evening and immediately had the chance to experience TexMex food – they said it was delicious! 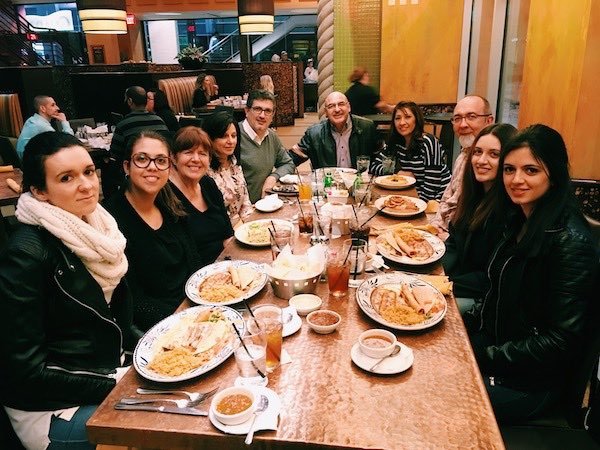 We hosted our very first Southern Baptist Convention for Spanish speaking churches at Houston’s First Baptist Español campus. To say the least, it was beautiful to see a lot of other Spanish speaking churches come and join together to learn more about what the Lord has for us as far as our Spanish speaking community and how to continue to grow and reach more souls in this very diverse metropolitan city. Both of the Pastors from Spain were able to share an informative and lively account of what it is to be an evangelical Christian in Spain. They shared their struggles of alienation and their successes of reaching the spiritually destitute. 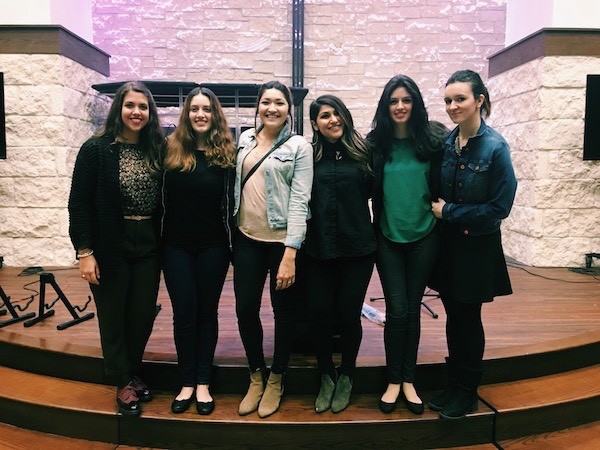 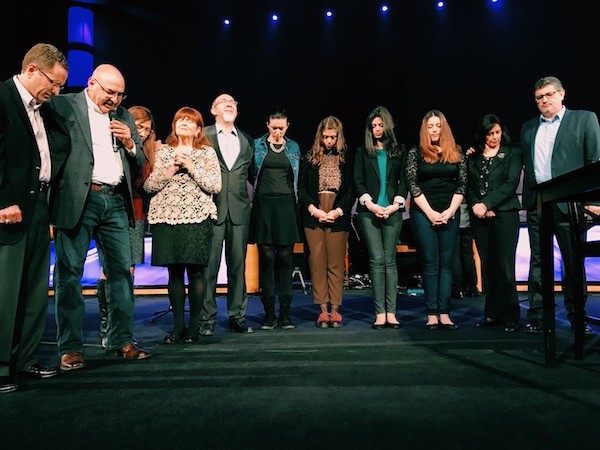 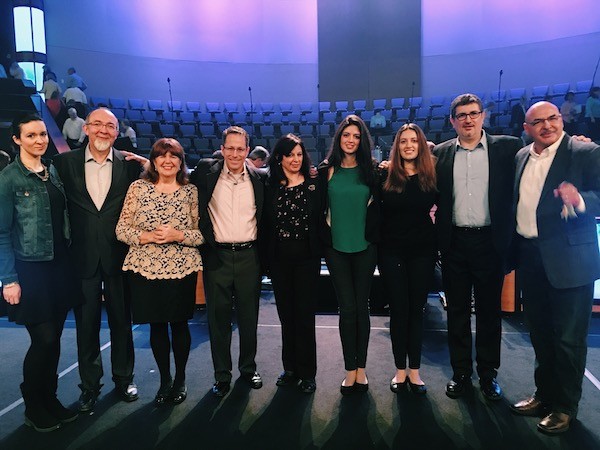 After the convention, we were off to take our Spain friends to experience a Houston Rockets Basketball game! But first burgers… at Graffiti’s.  The burgers were absolutely mouthwatering, not to mention the tasty fries and wings. Our guests were flabbergasted with the size of the burgers and the deliciousness.

The Rockets game was one of the things I knew the girls were looking forward to. In Spain, the major professional sports game is soccer and yes, the fans are crazy faithful to their teams. Real Madrid and Barcelona rivalry is, in fact, a very real thing in Spain and if you live in Madrid and are a Barcelona fan, you might as well just die because sooner or later the Madrid fans will disown you. But we all know the rivalries here in the states are not nearly as intense. Fans in Spain are DIE HARD supporters of their teams, they live for the game and are committed to the life that is fútbol. The girls told us that in Spain, “fútbol se vive”, which means, “soccer is lived”. 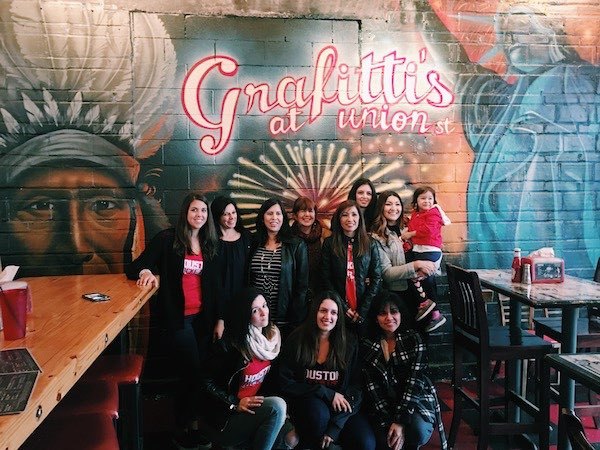 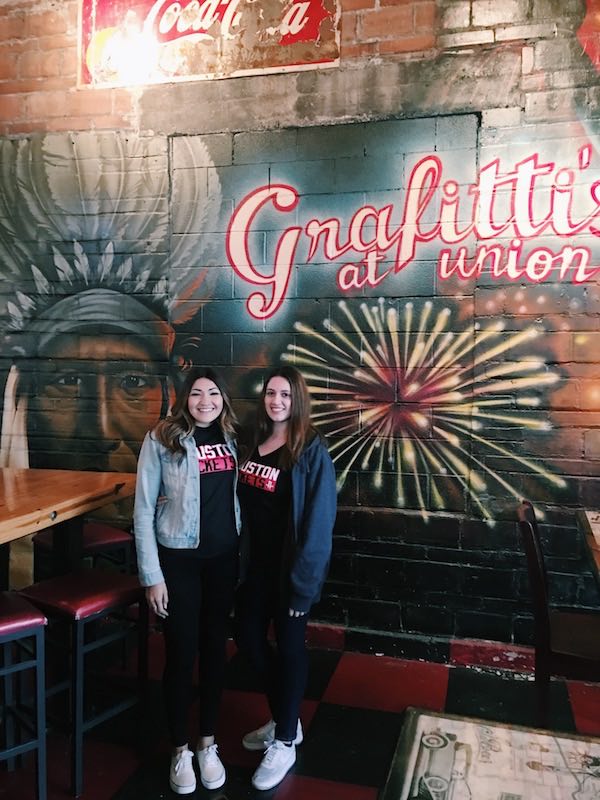 Right when we walked up to the Arena, the girls were holding their Spain flags in their hands thinking it was okay to take them inside, unbeknownst to us the size of a flag has to be smaller than a poster board… the girls were a little upset because they wanted to hold up their flags to take pictures inside of the Toyota Center to show some love to their country. In consolation, they were able to take in their smaller flag. The Rockets were up against the Grizzlies that evening and the game was getting exciting!

The girls were especially excited because there is a Spaniard on the Grizzlies, Marc Gasol. Now I understood why they were adamant about bringing in their Spain flag. Every time Gasol scored they would pridefully raise the Spanish flag and shout for joy! Even though basketball is not a popular sports game in Spain, more and more people are starting to take interest in it. The girls, of course, were excited to see the arena, the team and buy some souvenirs. It was a really good game to watch, the rockets took the W, 123-108! The girls were getting so into it, from dancing when the songs came on, to laughing at the activities they had in between quarters, it was all a great memory making experience. 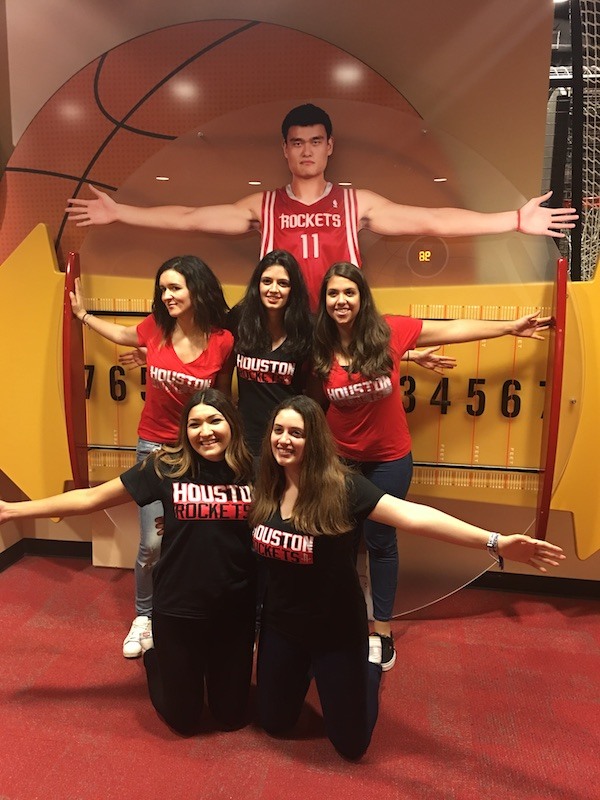 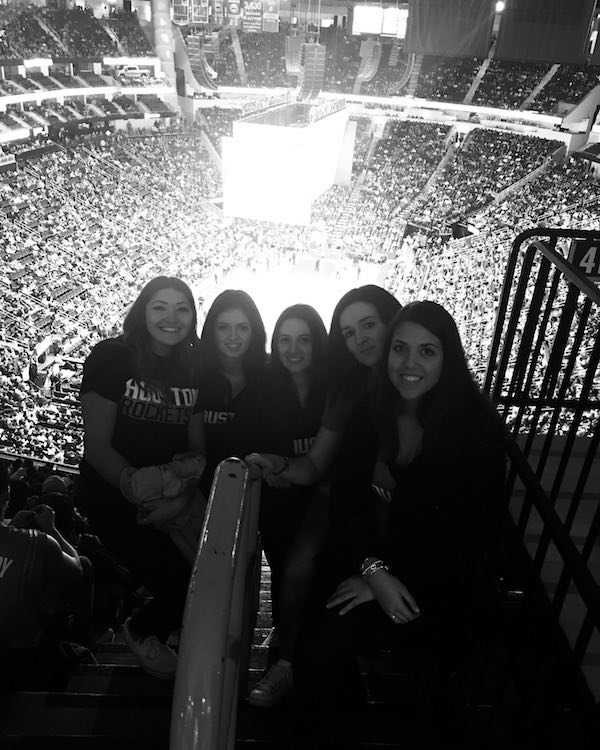 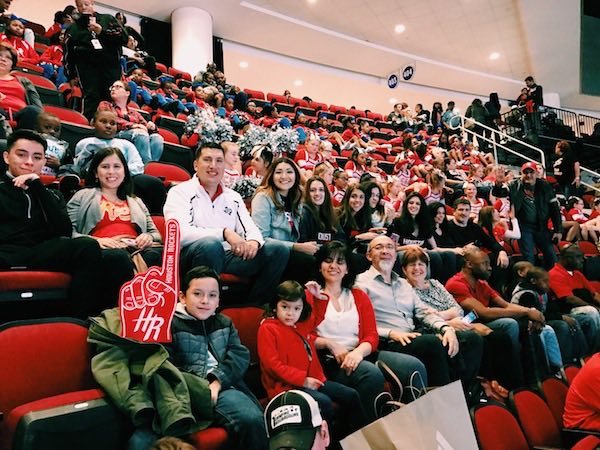 Monday was shopping day! The girls had been looking forward to this day since they set foot on U.S. soil.  We took them to an outlet mall to get good deals on some clothes they see in Spain but were too expensive, Levis. They were pleasantly surprised. They were all happy with their purchases, it was a success. We ended the evening with a gathering of previous friends from two teams that went to Spain this past summer. It was fun to see everyone reunited, and I know everyone enjoyed seeing the Pastor’s and their families. It was a sweet time of casual conversation and reminiscing. 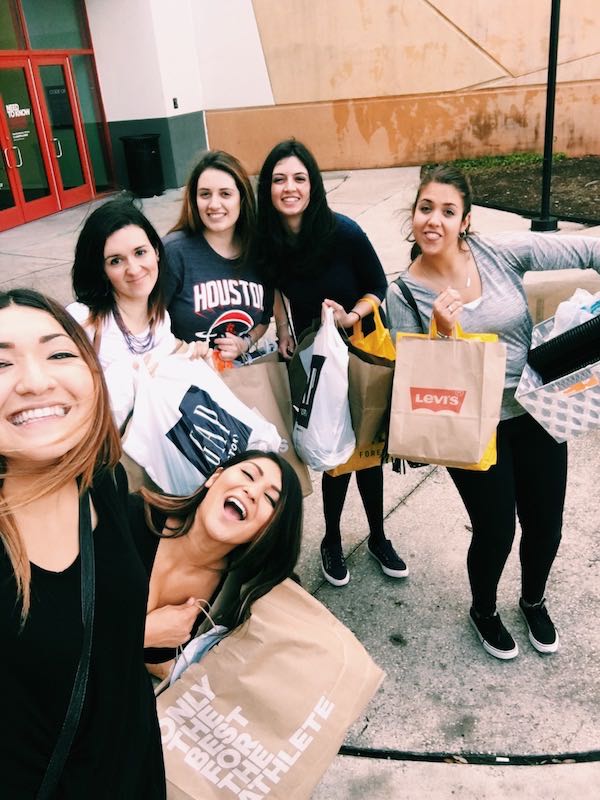 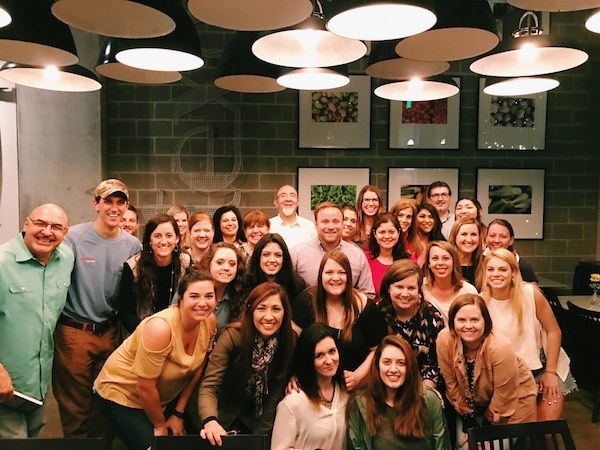 On Tuesday we took them to their first experience at a huge city-wide Rodeo… Rodeo Houston! They might have a few small Rodeo’s in Spain but not quite as large as the annual Rodeo we have here in Houston. This rodeo is no joke, check out our post about cool things to do at the Houston Rodeo to see for yourself. We went to the petting zoo, which I never got to see last year, our Spain friends especially had fun taking selfies with all of the animals. Lol. Then came all the horrible, bad for you, but delicious food!! Everything fried that you could possibly think of! We tried fried oreos… and they were amazing. It was definitely a highlight of the rodeo!

We also had to try some of the other carnival eats, some had chopped beef baked potatoes, some tried sausage on the stick, and others tried brisket. When we walked inside to watch the rodeo events they were in awe – likes kids in a candy store –  and they were especially amused by the Mutton Busting. How freaking cute, right? Even though it seems rather rash to have your child ride a sheep for a record time, it is one of the fascinating spectacles of the rodeo. The Rodeo always concludes with a fabulous concert; this night was Aaron Watson. He is an up and coming country artist from Amarillo, Texas. Our Spain friends enjoyed dancing to his music and experiencing the Rodeo altogether. It was a hit! 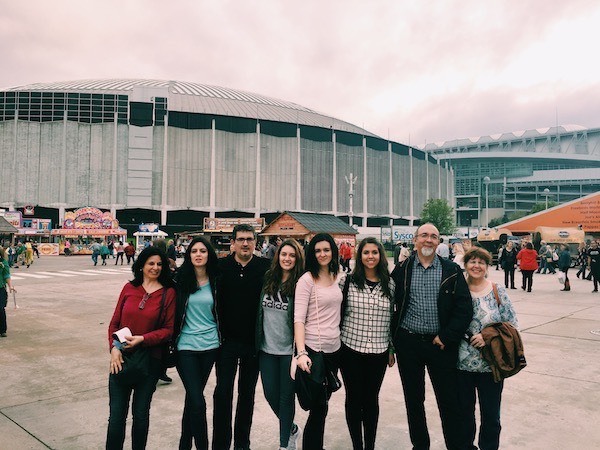 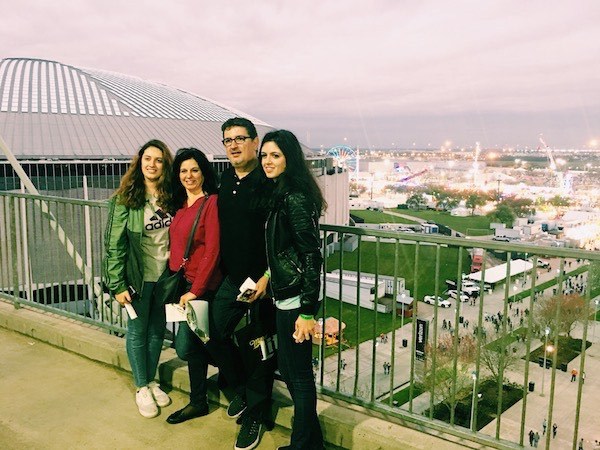 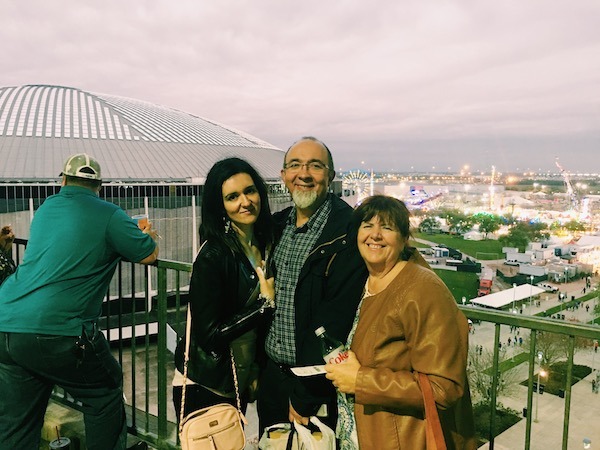 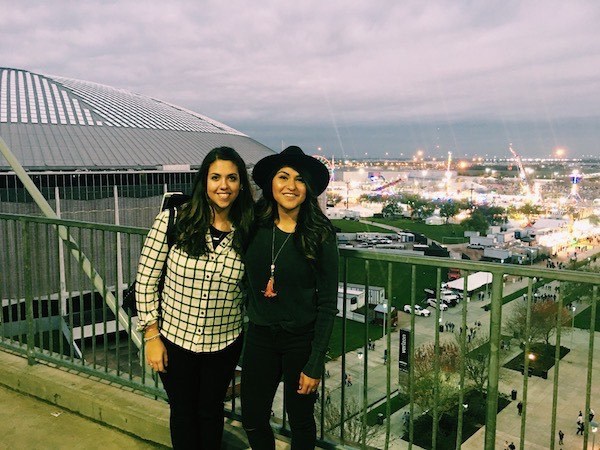 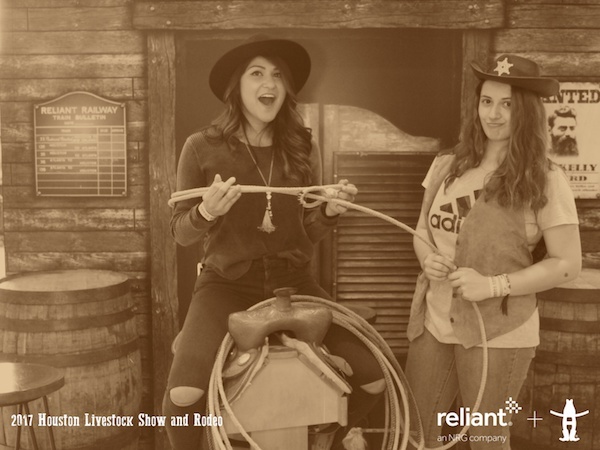 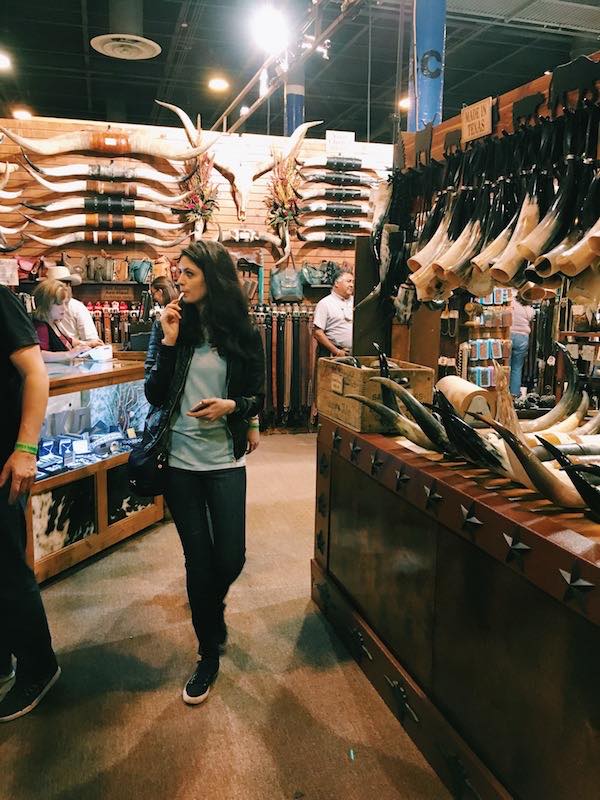 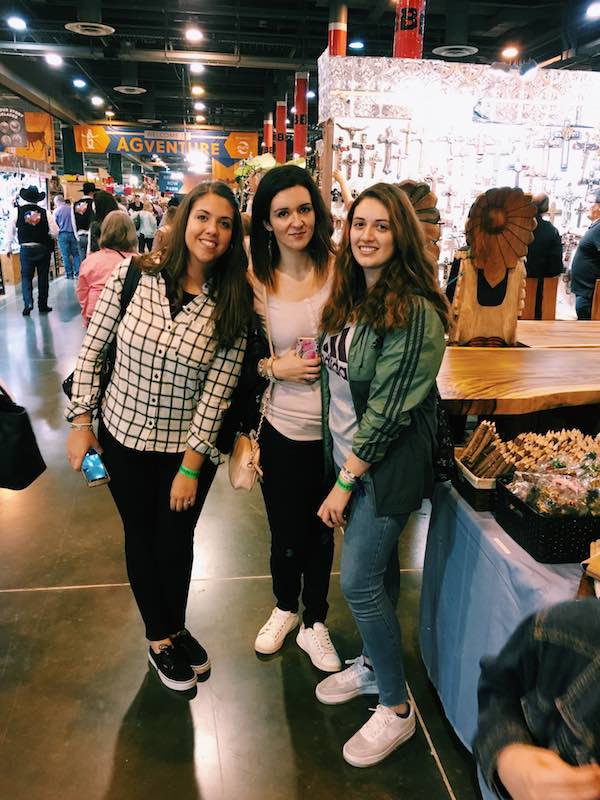 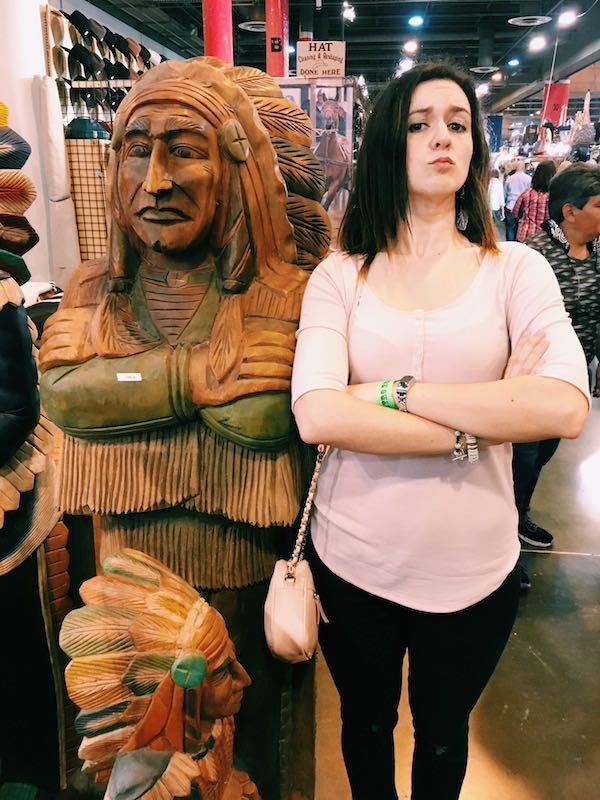 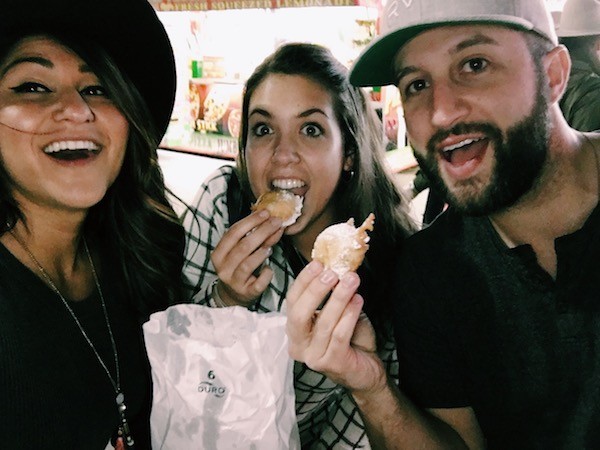 We would have liked to have had them see more of Houston but the time came to say our goodbyes too quickly. Parting is such sweet sorrow… we will see you soon, next time in Spain! 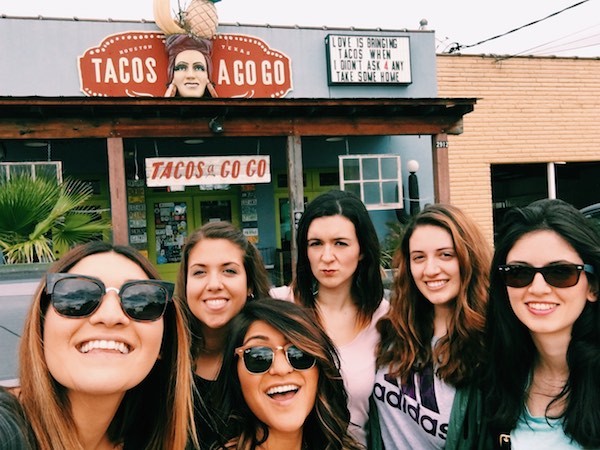 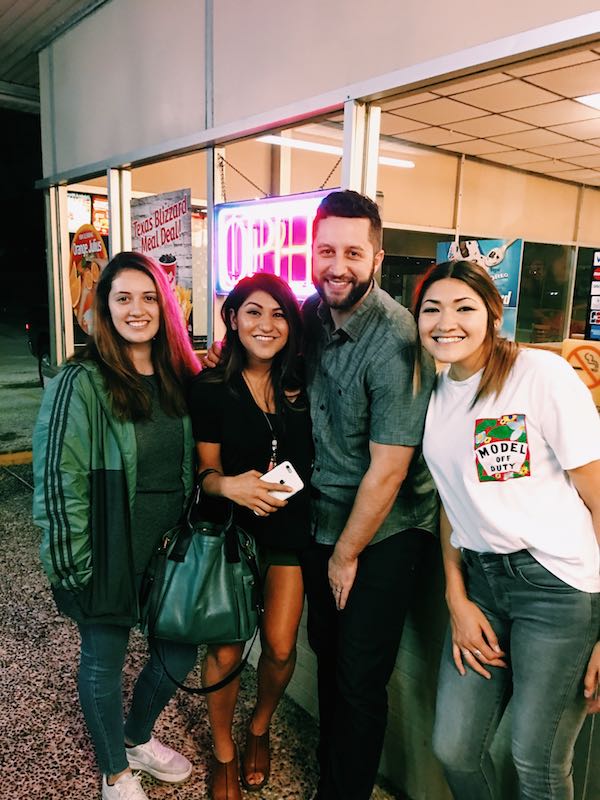