You are here: Home / Lifestyle / Super Bowl LI in Htown

Let me start off by saying that I’m not really into football and when I first heard the Super Bowl was coming to Houston this year I was like “ehhh whatever”, but guys, it was amazing! Although I’m not a huge football fan, I’m always down to go to free things and see what the city of Houston puts on. Since I am not from a huge metropolitan city, having such easy access to all of these events and professional sports games, are new to me. Back where we lived in California, I would have to drive about an hour and a half to two hours to go to any type of professional sports game. Here in Houston, I only have to take a 10-minute drive to get to where all the sports stadiums are. It’s crazy. I’m now just a fan of supporting Houston teams in general: Astros, Rockets, Dynamo, Texans. All of them! It’s been so much fun to get to go to a sports game or exciting event whenever I get the chance. 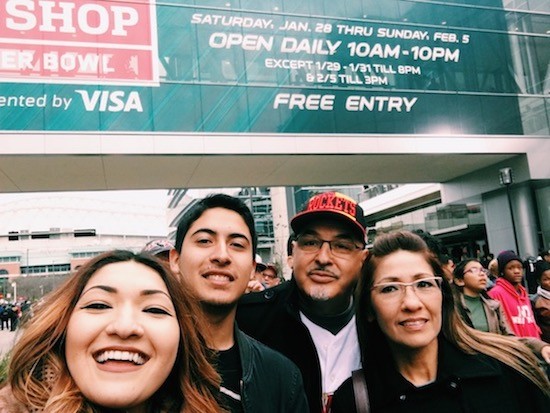 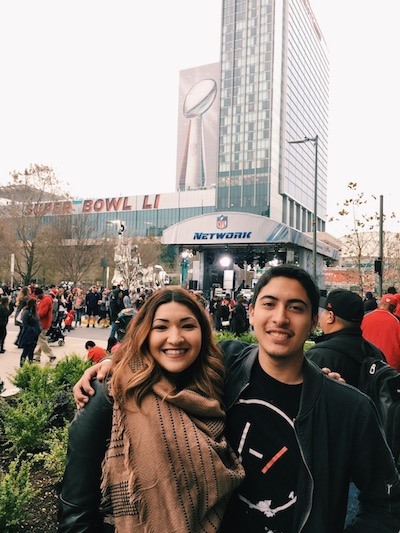 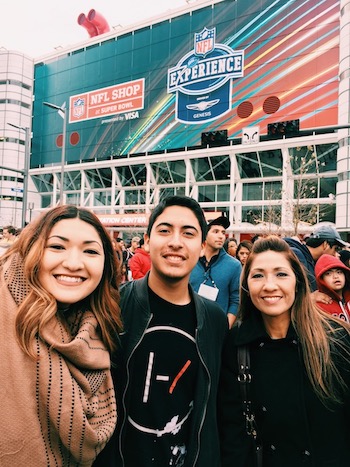 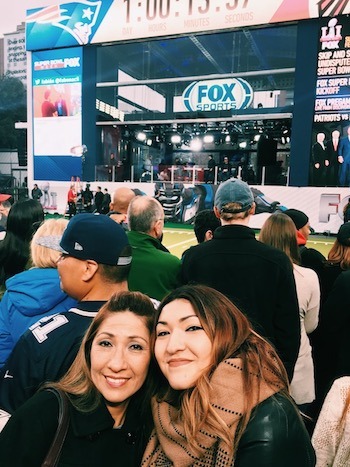 Now, Super Bowl LI was no joke guys. It was absolutely insane downtown. We waited in line for about 30 minutes until we finally got inside Discovery Green, which was the area where all the free events were. It was a blast! The Fox Sports news stages and exhibits were enclosed by skyscraper buildings in Downtown Houston that were decorated with Super Bowl logos everywhere. Food trucks were around as well, this is definitely something I love about Houston. They offer all kinds of different foods, from burgers to chicken to Korean/Mexican cuisine, and many others that are all distinctly different. Back in Cali where I grew up, “food trucks” to us were just taco trucks. So the food truck biz is definitely a well-known aspect of Houston. They also had tents set up in an area called “Houston Live” where they showcased many of the unique things that Houston is known for. There was a prototype of the new Medical Center that is being built, exhibits on NASA, different live bands performed at all times, Texan marching band performed, and cirque and pole fitness performers. It was so cool to see how they provided a good variety of Houston type entertainment for the people visiting.

Not too much later, we had the opportunity to go inside the NFL experience which was held at the George R. Brown Convention Center. Now, this was straight up NFL on steroids. Anything football you could think of…it was in there. There were actual life size football player mannequins where you could stick your head in and act like a player – a great photo op. There were also free kicking areas (that had enormous lines), a booth where pro football players were signing autographs, a nickelodeon area for kids, a bunch of different stands that sold souvenirs, the skittles booth that handed out free packs of skittles, photo booths, and just so much more. It was amazing. 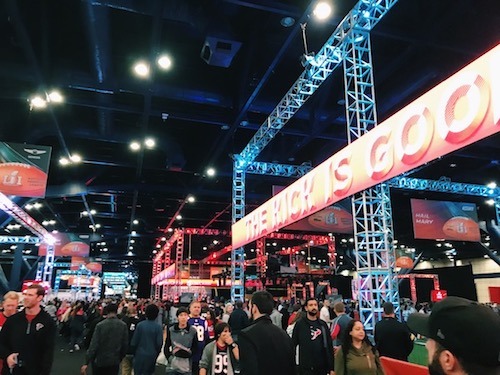 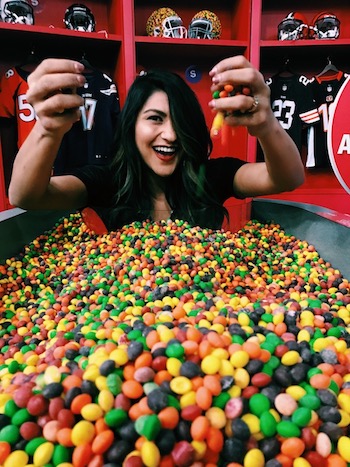 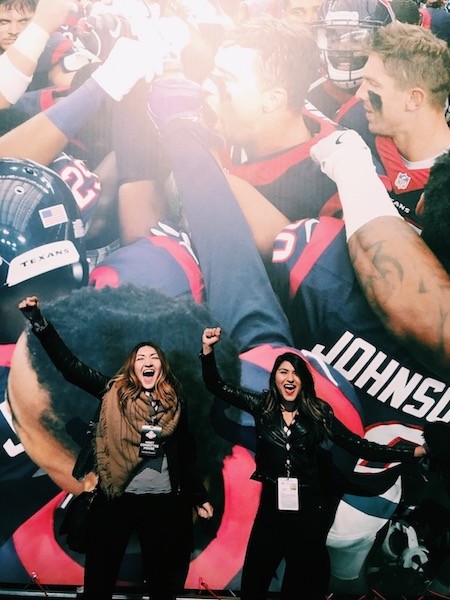 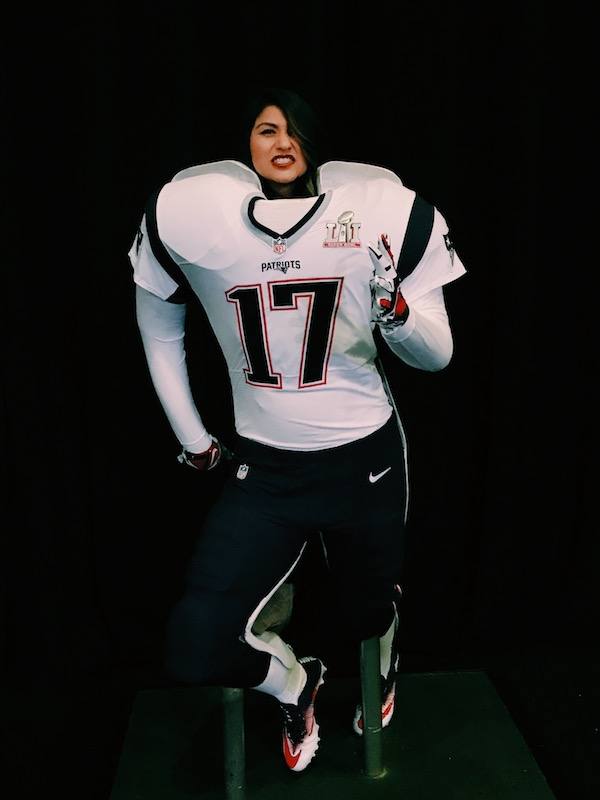 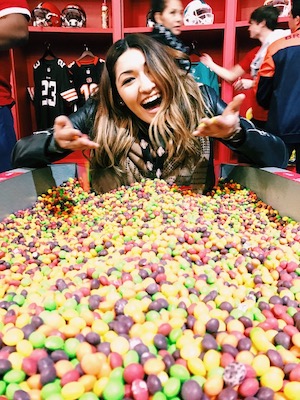 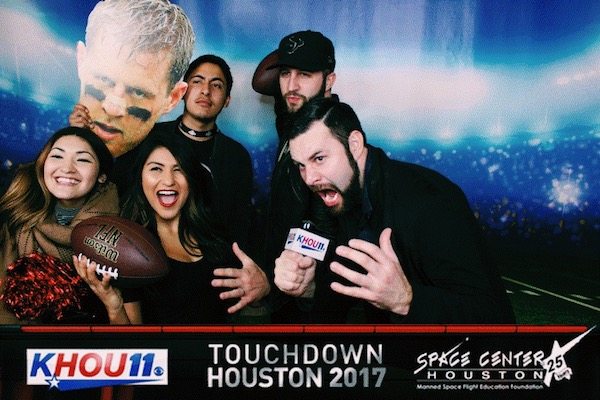 After we went into the NFL experience, we walked through discovery green some more on our way to the main stage. ZZ Top was the band that headlined that night, along with some others who opened for them. The artists that performed over the past week were either born in Houston or lived in Texas. Some of them were, Lecrae, Gary Clark Jr, Solange, The Suffers, Leon Bridges, ZZ Top, and many more. 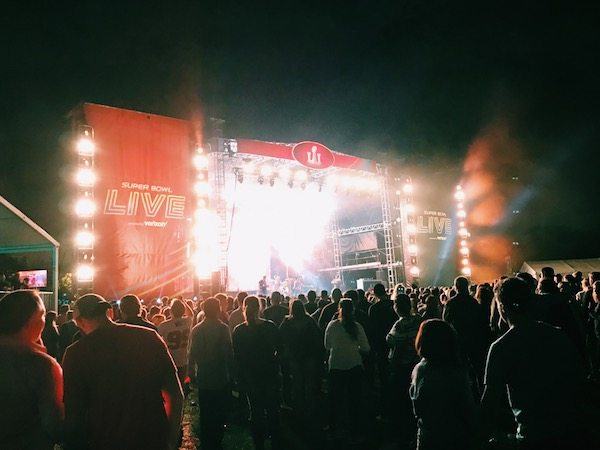 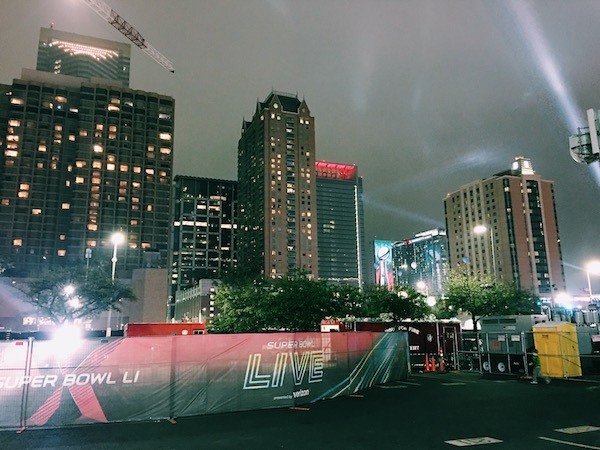 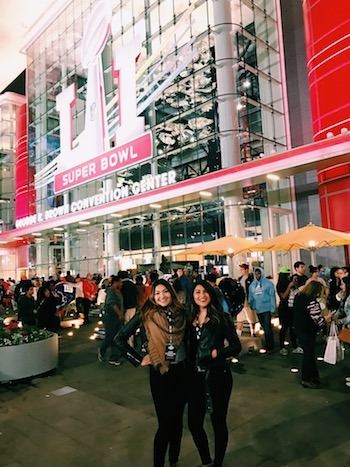 And to top it off, as you know, the Super Bowl itself was one of the craziest yet. History was made here in Houston! How the Patriots came back to win in overtime after being down 25 points, was just unbelievable. They say “everything is bigger in Texas” and this past week, Houston was huge! Being a part of the Super Bowl here was so exciting and fun for all of Houston to see. I’m sure everyone in Houston enjoyed their time at all the events and we can proudly know that Super Bowl LI in Houston was one for the books.