You are here: Home / Stories / Love Endures – Jorge and Patricia

Through incredible adventure, seasons of heartbreak and everything in the middle, love endures. Love is patient, love is kind. It does not envy, it does not boast, it is not proud. It does not dishonor others, it is not self-seeking, it is not easily angered, it keeps no record of wrongs. Love does not delight in evil but rejoices with the truth. It always protects, always trusts, always hopes, always perseveres. (1 Cor 13:4-8) There are times when love comes easily and other times when love is learned. It was a privilege to sit down with Jorge and Patricia to hear their love story. This year they celebrate 45 years of marriage and these two just shine love and life everywhere they go. They have 3 sons, two grandchildren and they always have a smile, a hug and a joke to share. We ate yummy tacos on cactus tortillas at a restaurant called Skinny Ritas Grille. We talked, laughed, and cried. 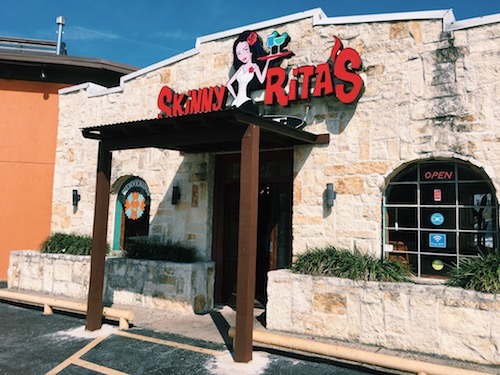 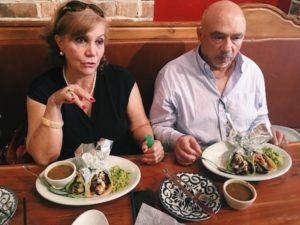 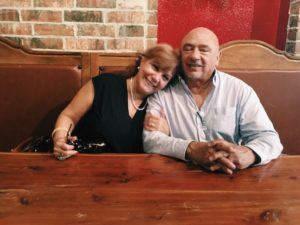 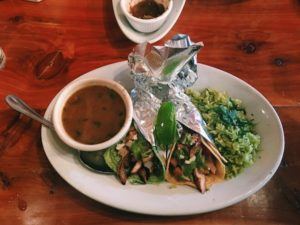 Patty: When I was 18 years old, a friend invited me out to a party. But, my mom wouldn’t let me go unless my little sister went with me. So my friend said that he was going to invite a friend for my sister. That friend was not able to make it but his other friend Jorge could. We went to Jorge’s office where he sold cars and stopped at his apartment which was next door. While we were there, I realized that I forgot my tickets at home but I didn’t have a car to drive back to get them. Jorge told me to choose any car parked in the lot to take to our house. We were so impressed as we drove home to pick up the tickets and came back to meet the men.

Jorge: When we were walking down to the car to head out to the party, my friend said, “You’ll go with the sister” and I said “No”. So I grabbed the door and saw that the sister was short and skinny and I said, “This skinny one goes in back and the other one up in front because I’m going with this big one.” So I went with the big one, with Patricia, and we danced all night. I love to dance and she loves to dance, so everything was great. I wanted to see her again, but I was working so much that I forgot and ended up standing her up two times.

L&T: So you guys made plans to go out again?

Patty: Yes, we had plans. I called him. After that night, I would always call him but I would get nervous and hang up before I could speak with him. I did that every night – call and hang up. Finally, after a couple of months of calling and hanging up, I stayed on the line, we talked and he invited me out. We made plans and Jorge stood me up twice. Twice! Every time he would say, “I’m so sorry, I forgot, I was working.” So on the third time, he finally showed up in a hot ride, a 1970 two-door Buick Riviera. Nobody had that car and I thought, “This car is for me!”. He took me to dinner to this awesome restaurant where the violinist Olga Breeskin played. She was a very famous violinist, and very beautiful. But at this time she wasn’t beautiful yet, she hadn’t had her butt or breast implants yet, so she was still very skinny. The restaurant was so elegant, though. Later that night, Jorge took me out to dance at a place where everyone knew him. “Hello Mr. Jorge, come this way…” they would all say to him. I was so impressed because as you know I was only 18 years old and the whole environment left me stunned. Jorge was 33 years old – a very respectful man with good character. We danced and danced all night. For 15 days, we went out every night. I fell in love. When my mom found out that Jorge had been divorced, she was not happy, but that didn’t bother me – I was already in love with him. On our 15th date, Jorge asked me to go to his apartment with him.

I said, “No, you don’t even call me your girlfriend.”

He said, “I’m a divorced man, I don’t play around with those things anymore.”

I told him that I don’t play around either.

He responded, “Well then, what do you want? You want to get married?

And he said, “Okay, that’s fine. We’ll get married in eight days.”

Then he told me to buy whatever dress I wanted and whatever else I needed.

L&T: And you got married within a week?!

Patty: Yep, I went home that night and told my mom. She was furious. But that week I bought my dress and everything else that I needed. It was an incredible adventure.

Jorge: And with me, well what happened was that I was engaged to another woman. So I had to go cancel that relationship and engagement in that week. But the truth is, I liked Patty more – she was mature and tall, just what I liked.

Jorge: She was also young and she had a lot of money.

Patty: Yeah, but I was going to bring my own towel!

Jorge: (laughing) But, really, I liked Patty and fell in love with her, so that is why I married her. 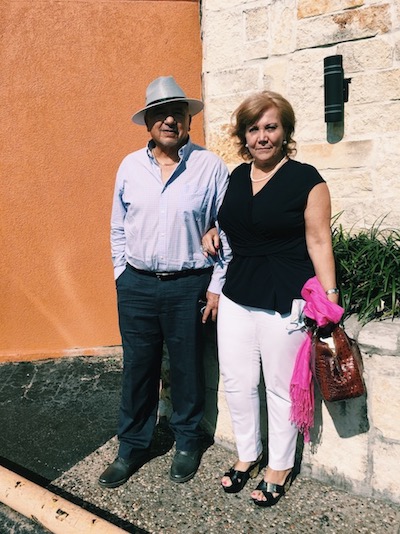 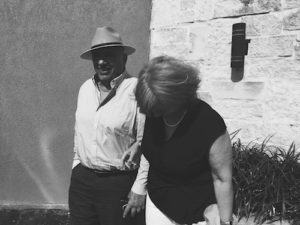 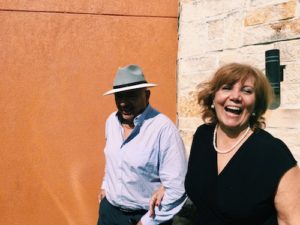 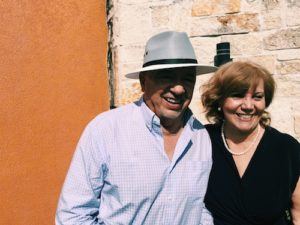 L&T: So then you got married in Cuernavaca?

Patty: Yes, Jorge had a house in Cuernavaca and we got married there in front of his friends and my sister. After the honeymoon, I came back to reality and thought, “Why did I get married?” He was an angry man. He would get mad at me because he was so strict about the way he wanted things done. I wanted a divorce, but then noticed that I was pregnant and thought, “Okay, I won’t get a divorce right now, but after my son is born, I’m gone.” So my son Jorge Jr was born and when he was 7 months old I noticed things were a little strange. We took him to 5 doctors – 4 of them said he was fine and then the fifth doctor told us he had cerebral palsy. I thought the doctor was crazy, but we looked into it and ran test after test to make sure. They found out that he did have cerebral palsy and that it was due to the anesthesia that had slipped during labor. So then I thought that there is no way I could divorce Jorge now, because what would happen to my son?

Jorge: We took him to every doctor, every witch doctor, anywhere we could go to get help. Because we didn’t know God, we looked for answers everywhere. Wherever Patty wanted to take him, we would go. I wanted to support her and make sure I was taking care of them. One doctor told us that it would be good for us to try for another child. We didn’t want to for fear of the future baby’s health, but he assured us that those complications happened because of the anesthesia. So our second son Ivan was born. I want to tell you something, I was always so attentive to what I was doing because I didn’t want another failure. That’s why it was so hard for me to tell Patty that I loved her, but I would always try to show her. When we both came to know Jesus together, after our third son Christian was born, that was when I really learned how to tell her that I loved her. The change that happens when you come to know Christ is from the inside out.

Patty: Yes, and with my first son Jorge Jr, the doctors told us that he wouldn’t live more than two years, but by the grace of God, he lived with us for 15 years.

Jorge: One day he got sick, so we started driving to the hospital, but my sweet son took his last breath in the car, lying across our laps. At Jorgito’s funeral, our son Ivan sang beautiful songs to him and read scripture. Jorgito’s passing was so difficult for us and for our sons. As years passed, we noticed that Ivan and Christian were very talented but also that Ivan was getting involved with some bad friends in school. So, we started looking for schools in the United States for our boys.

L&T: Oh, and that’s what brought you to move here?

Patty: Yes, we found a great school for the boys. So we acquired student visas for them and a tourist visa for me.

Jorge: I would fly every 8 days from Mexico to San Antonio to spend time with my family until we decided to stay here more permanently.

L&T: Wow, what an incredible story. You went through so much to get to this point.

Jorge: Yes, and after 45 years, I still continue loving her. I always knew it was a blessing to be with her and I wanted to do all I could to take care of her and make her happy. 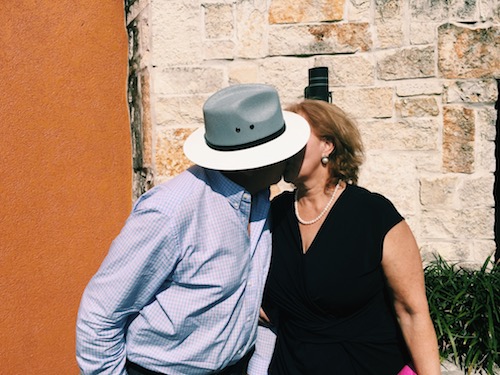 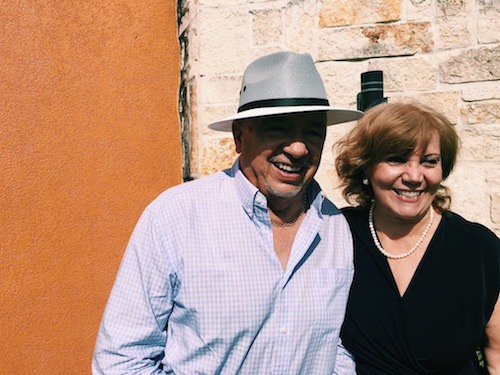 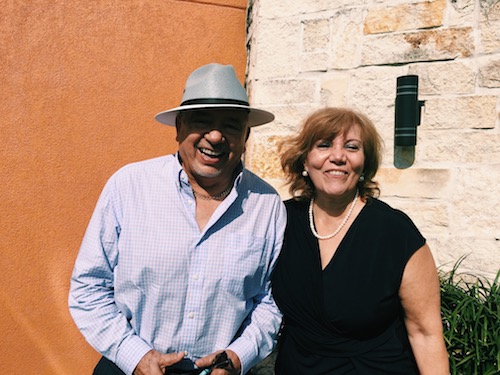 The amount of strength, grace, and peace that these two exude is inspiring. Their love has held them together through the seasons that were easy and even those that required more than they felt they had. In a society like today, when it’s rare for relationships to last longer than just a few short years, it’s good for the soul to hear stories of a love that has persevered, endured and thrived to be even stronger today.