You are here: Home / Stories / “Who Loves You Forever?” – JP and Foofs

We were so excited to hang with one of our favorite daddy-daughter duos. JP and Linnea (aka Foofs) have the cutest little relationship and we believe it’s because of the intentional attention and investment of time that JP gives her. We met JP through leading worship at Houston’s First in our different services, as he plays electric guitar in some and drums in others. We met Foofs whenever she would come along with JP and we immediately wanted to be her best friend, haha, but we think her daddy already has that title. JP and his wife Kiki both have unique jobs (JP is a full-time musician & Kiki is in Real Estate as well as Microblading for eyebrows) that allow them to spend most of the weekdays with Foofs. So we asked JP if we could interview them to share about their sweet little relationship.

We met up at Velvet Taco. JP and Foofs arrived in matching grey shirts, black jeans, and white Chuck Taylors. “She wanted to match today,” JP said. So cute. We ordered some tasty tacos and tater tots covered with goodness and a fried egg. Foofs said, “Tater tots for me cuz I’m a little tot!” Haha. 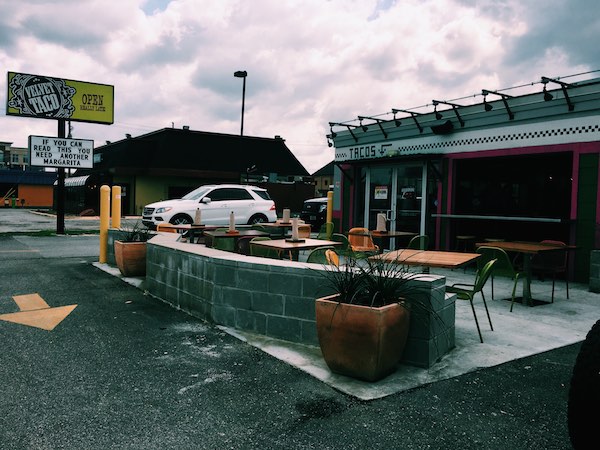 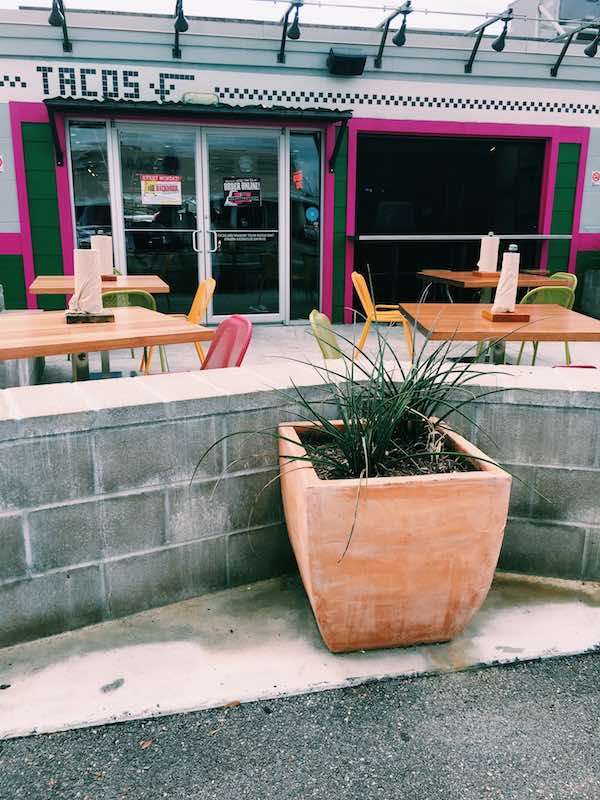 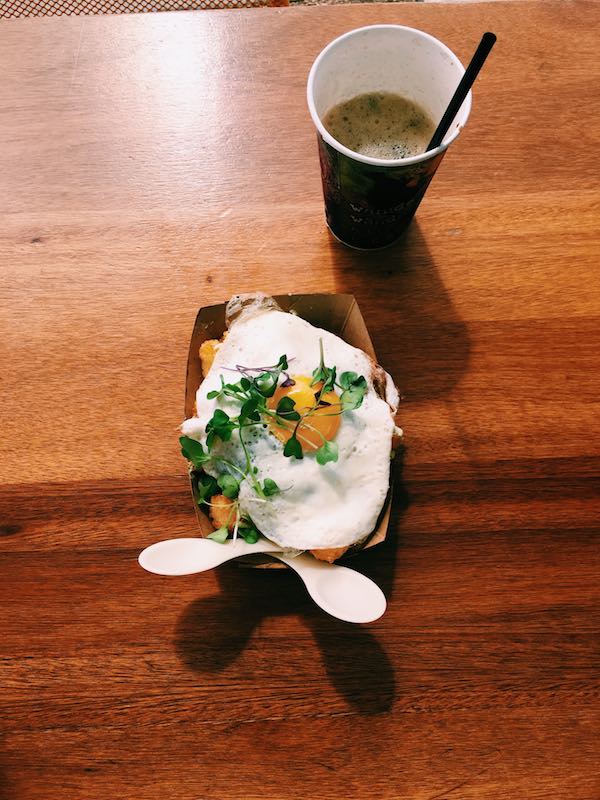 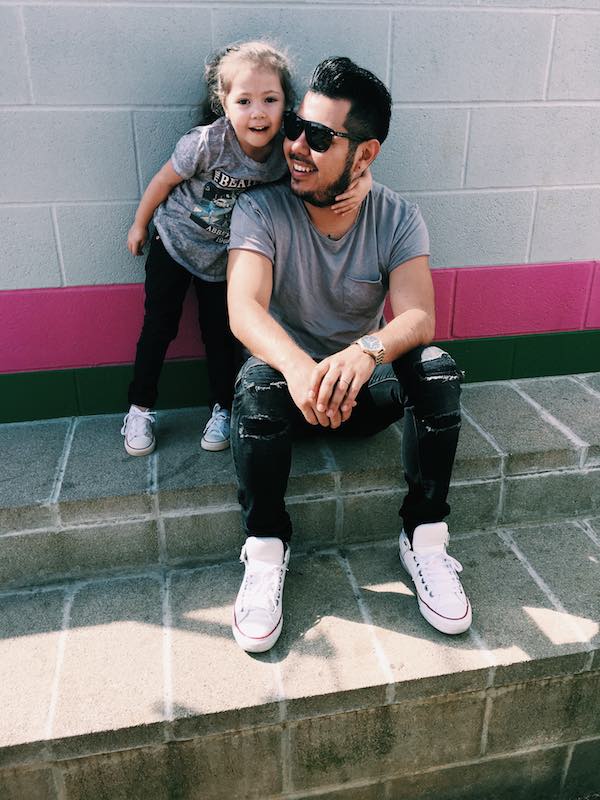 L&T: JP, what does a normal weekday look like for you guys?

JP: Wake up, have breakfast and Foofs usually watches a Netflix educational show. Her favorite is Little Einsteins.

Foofs: Yeah, I love Little Einsteins! They go on a trip in a rocket ship!

JP: Haha, yeah, and depending on the day, we go to a park for a few hours or on a play date with a friend, have lunch and just hang out before I go to work.

L&T: Foofs, what does your daddy do? What’s his job?

Foofs: He plays the drums, and he’s good. Sometimes Mommy takes me to watch him play and I like it.

L&T: That’s so cool. And what’s your favorite thing to do with your daddy?

Foofs: I like to play the guitar with my daddy. Sometimes we play the drums in the garage. I have my own drums and I have a mini guitar and a Frozen guitar with Elsa. The Frozen one is my favorite. Look I’m playing the trumpet! 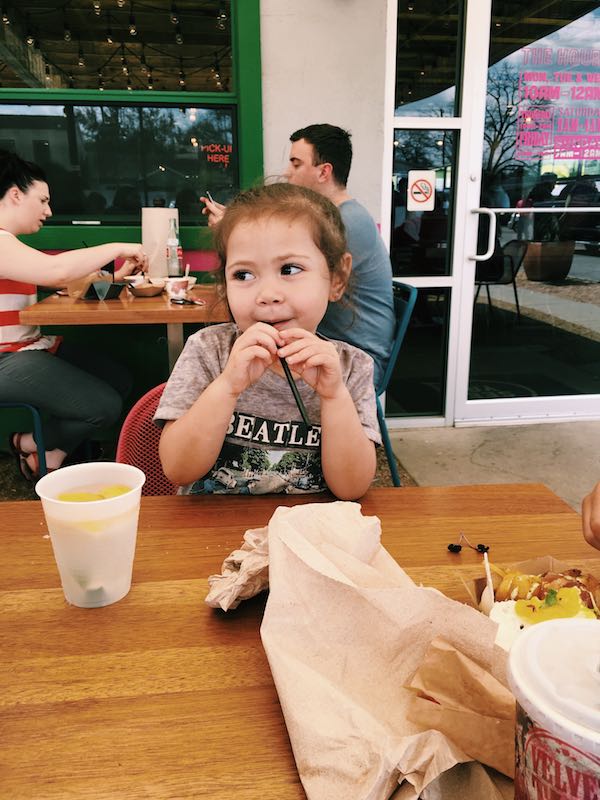 JP, how did Linnea get the nickname “Foofs”?

JP: There’s that little nursery rhyme “little bunny foo foo” that I used to sing to her when she was 2 weeks old cuz she had a little towel with bunny ears that we would wrap her in. And it just stuck: “Foofs”. Everybody calls her that now and for a little while we had to re-teach her her real name because she would tell everyone her name was Foofs. 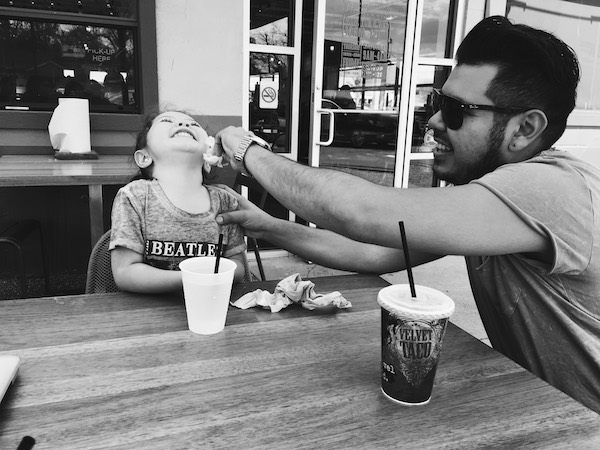 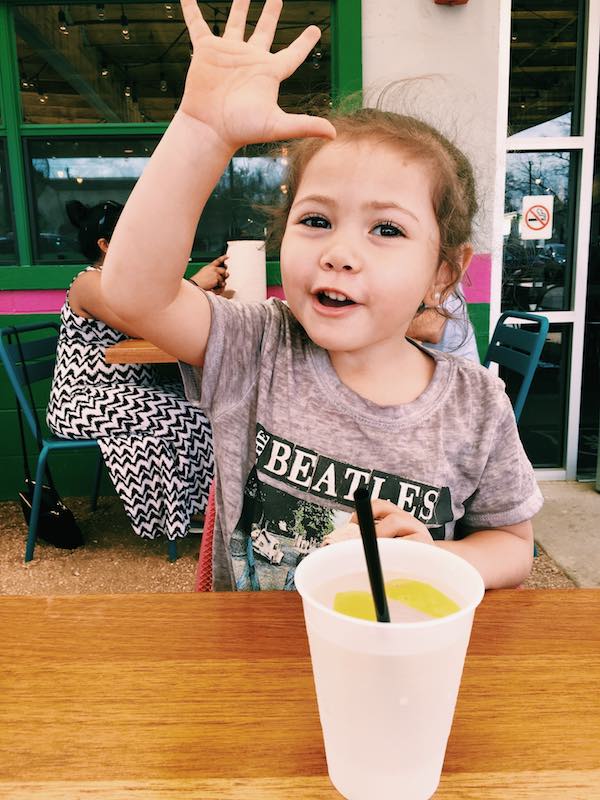 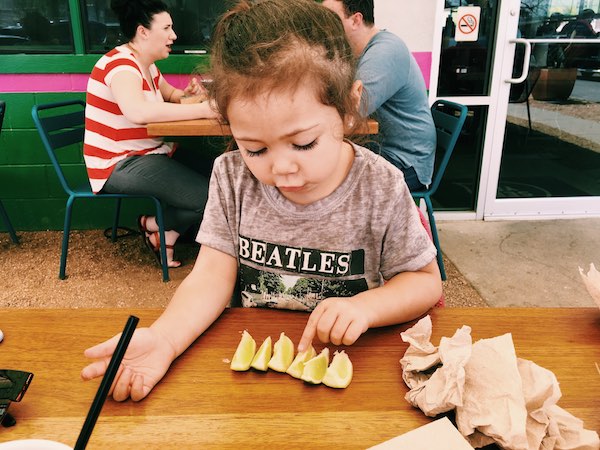 L&T: Foofs, what does your mom do?

Foofs: She sells houses, picks me up from school and she does eyebrows with the pretend sharps (we’re assuming that means microblading, haha).

JP: Kiki barely began in real estate when Linnea was born. Then, she started a business with her friend just a little over a year ago and now they have four other women working in their company. They’re called The WIRE, which stands for Women In Real Estate. The first two years of her being in real estate were a little rough, but now she is doing great! 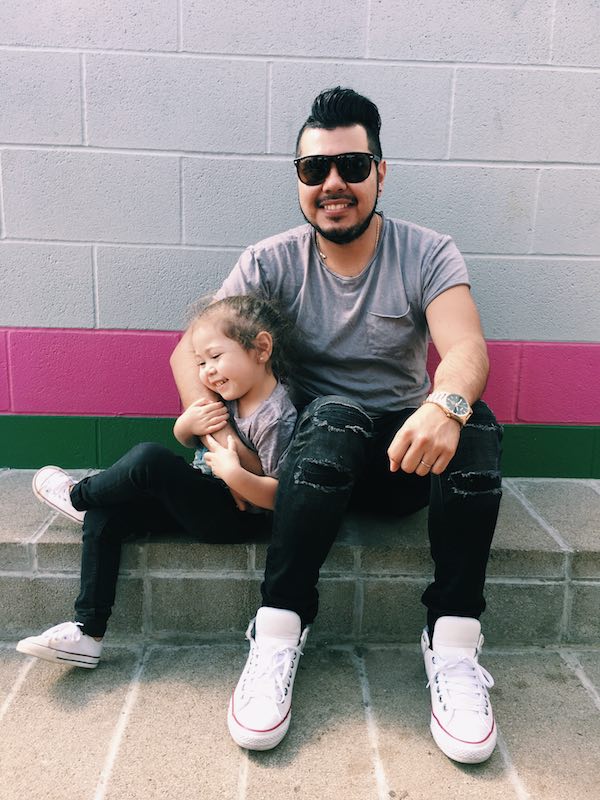 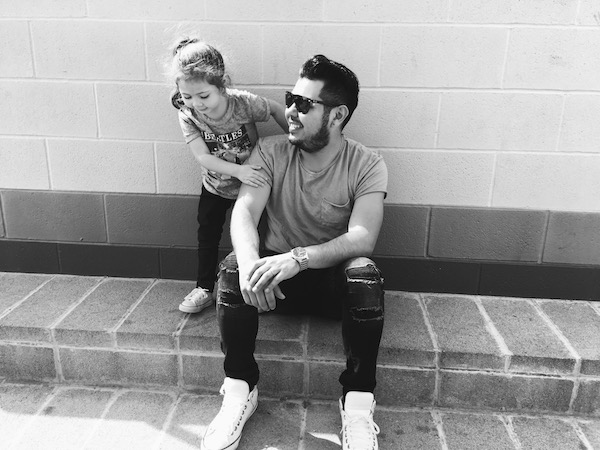 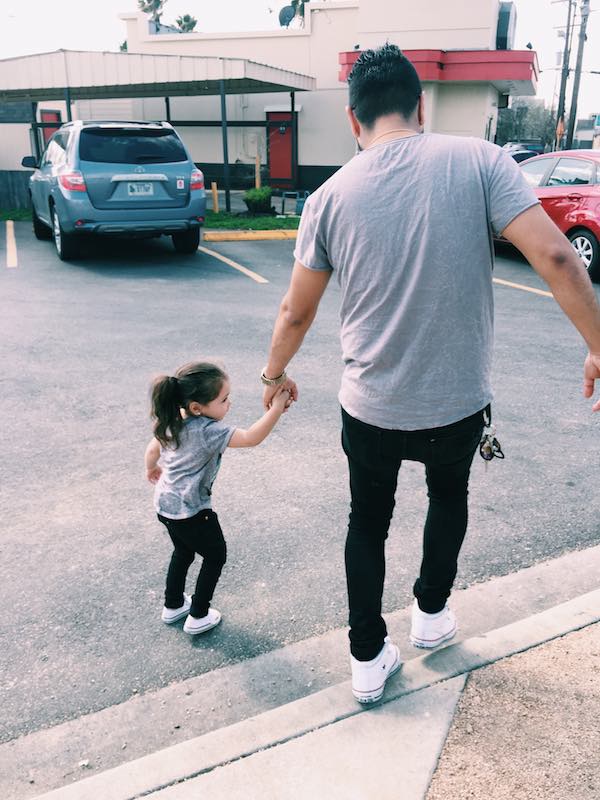 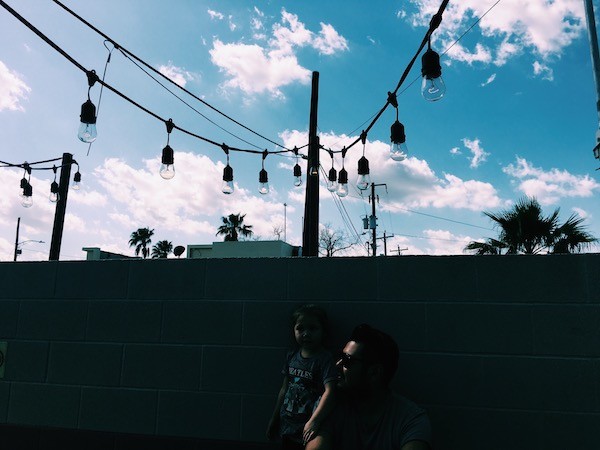 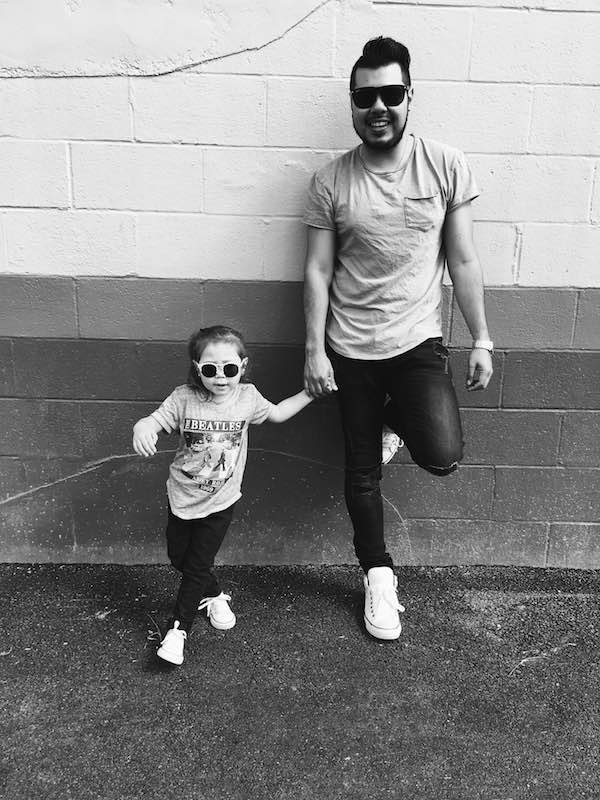 L&T: Foofs, what do you want to be when you grow up?

JP and Foofs start singing the song from The Little Mermaid: “Look at this stuff – isn’t it neat? Wouldn’t you say my collection’s complete?…” Foofs continues singing until she finishes the whole song. Seriously, the whole song.

L&T: Great job! So you’re going to be a singing mermaid?!

Foofs: Yeah, I’m going to be a singing mermaid.

Foofs: No daddy, mermaids don’t have bands. They just sing.

L&T: But Foofs, you guys can be called “Foofs and The Mermen”!

We and JP laughed, but Foofs didn’t think it was funny. Lol. 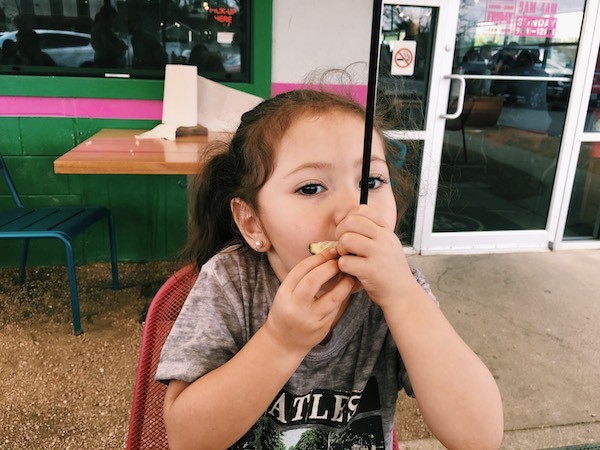 L&T: Haha, yeah you are! You have a great imagination.

JP, what kind of weekly gigs do you have that make up your work week?

JP: Usually Mondays are my Saturdays – I don’t have anything so I just hang with fam. Tuesdays I do a duo like at a local venue. Wednesdays I’m at the youth group at Houston’s First and sometimes I have a gig after that. Thursdays also are a duo. Fridays I play with my country and cover band called Horizon – we do classic rock, jazz, pop, country and we’ll do all types of gigs from private events, corporate events, and weddings. Horizon has a repertoire of about 200 songs. We never have a set list or anything, our MD (music director who also plays electric guitar) just calls out what songs are next by reading the crowd. I used to play for a band called Mango Punch where we did about the same thing, but with Latin music being the highlighted genre. That’s the band that I was playing in when I met my wife. So yeah, then I finish off the weekend with playing at church on Sundays.

L&T: What are your favorite things about being a stay-at-home-dad?

JP: One of our goals when Kiki & I first got married was to find that balance between work and being involved with our kids and especially spending time with them in the beginning years of their lives. We said we didn’t want to pay for someone else to raise our kid. I would definitely say being able to spend the days with my daughter and watch her grow are so valuable to me. I love being involved in the development of her character. And honestly, not having her around, I would probably lose my mind because I love being around her throughout my day before I go play some music at night. 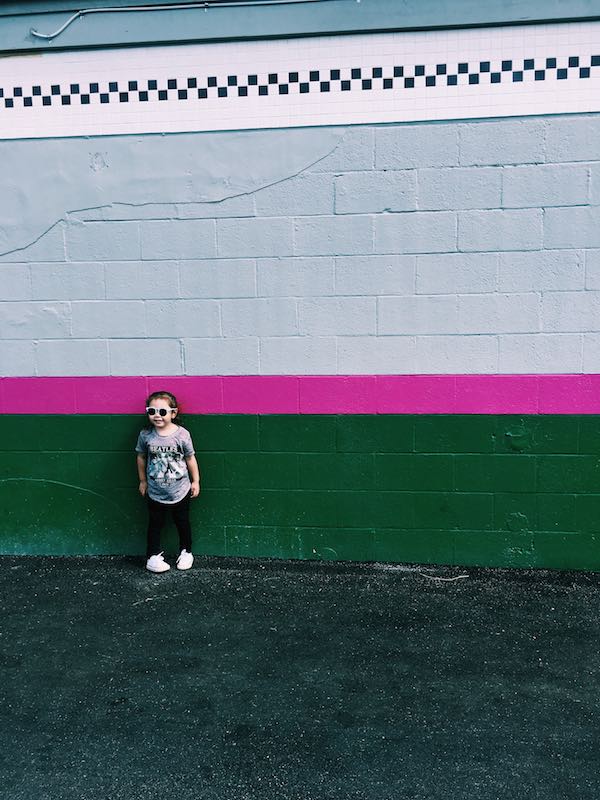 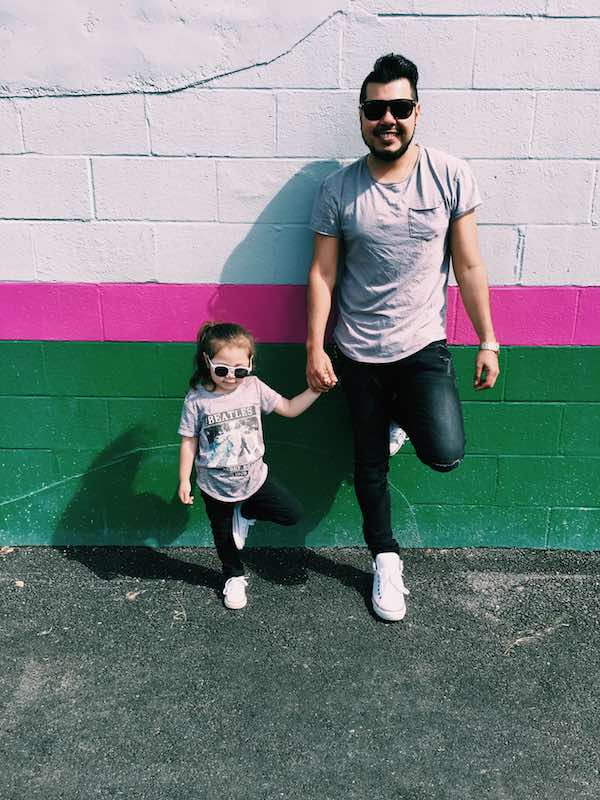 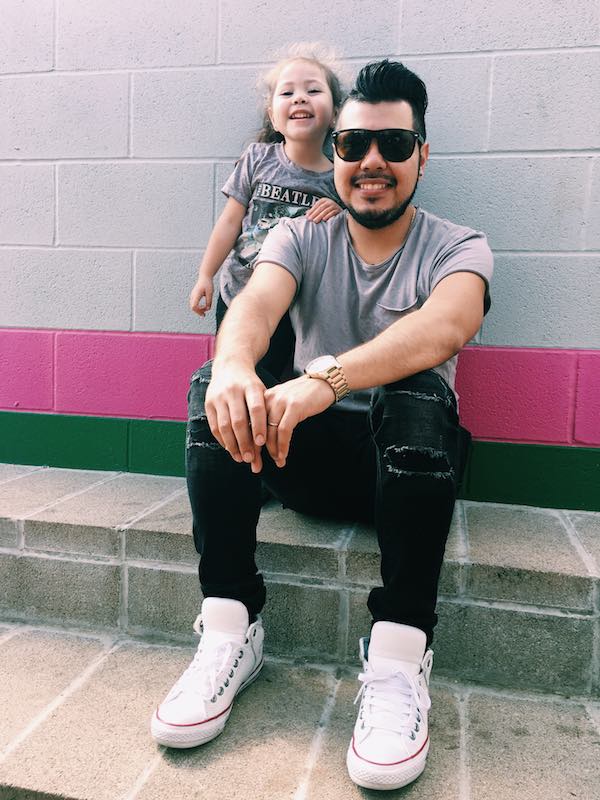 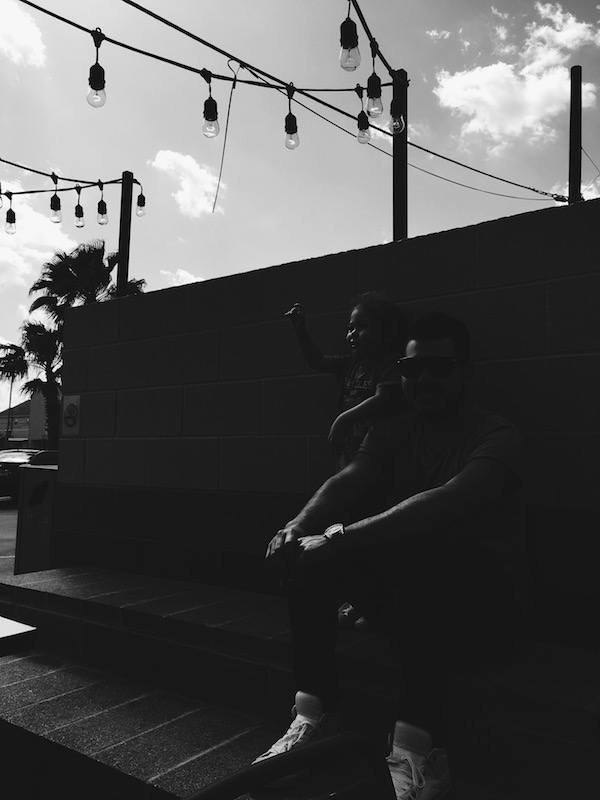 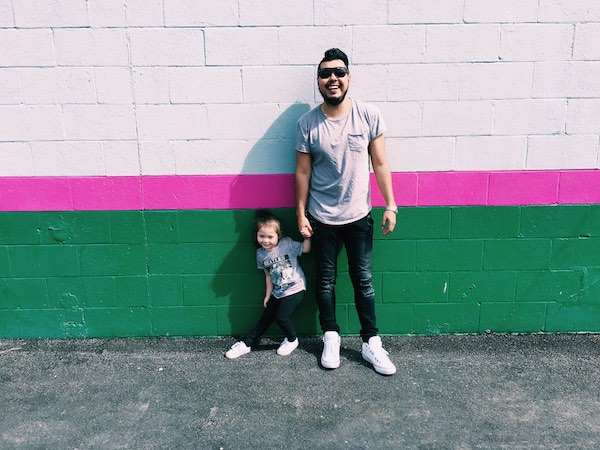 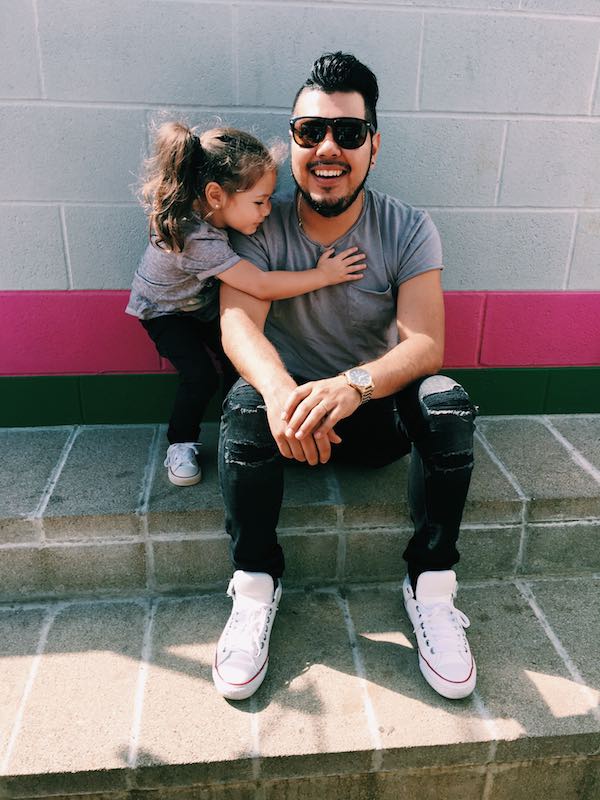 We love how much Foofs obviously adores her daddy. At one point in our lunch, JP asked her, “Who loves you forever?” She blushed and pointed at him while smiling and holding her hands up to her face. It was the sweetest. Then he said, “Who else?” And she said, “My mommy and Jesus!” What a beautiful thing for her to know.

We wanted to highlight these two because we realize not every parent has the ability to spend the days with their child, but we all, in whatever stage of life, have to make time to give intentional attention to those in our lives who we value and love. When we show love to someone, we give them an opportunity to shine just like Foofs did when she pointed to her daddy who loves her forever. If you know someone who you think we should feature in our Stories, feel free to send us a message and maybe they will be our next inspiration.