You are here: Home / Taco of the Month / El Tiempo Market On Washington Avenue

Let us introduce you to a group of men who are some of the funniest, lighthearted and joy-filled guys we know.  They call themselves “Los Meros Meros” which translates to “The Main Ones” or “The Bosess”, something like that, haha. These guys meet every Friday morning to talk about the real “Mero Mero” (Jesus) and they always end up doing something random together. Whether it’s getting lunch at Costco or finding a gold necklace, selling it to a pawn shop and using the money to get tacos and go to the movies, they are always having the best time.

This time, we met them for tacos so that they could be our spokesmodels for our next Taco Of The Month post! We let them choose and they chose well – El Tiempo Market! I’m surprised I had never been here. I can’t believe what I’ve been missing out on. 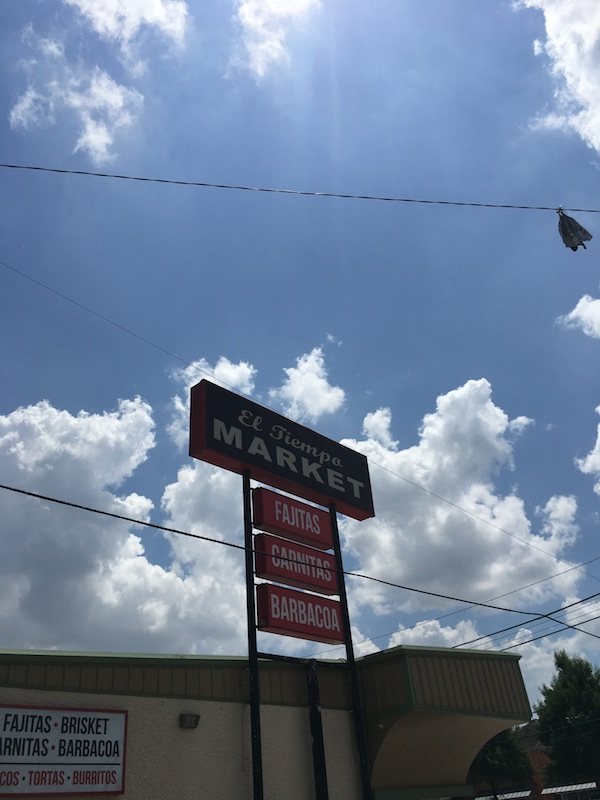 El Tiempo Market is right across the street from the El Tiempo Restaurant on Washington Avenue and they sell everything from fresh produce, Mexican and organic products, fresh meats and Mexican breads, homemade tortillas and take out tacos. 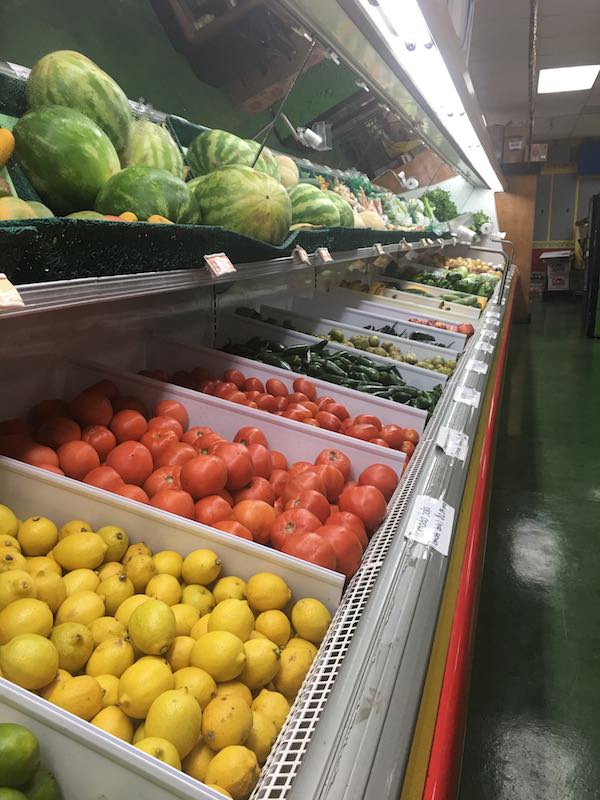 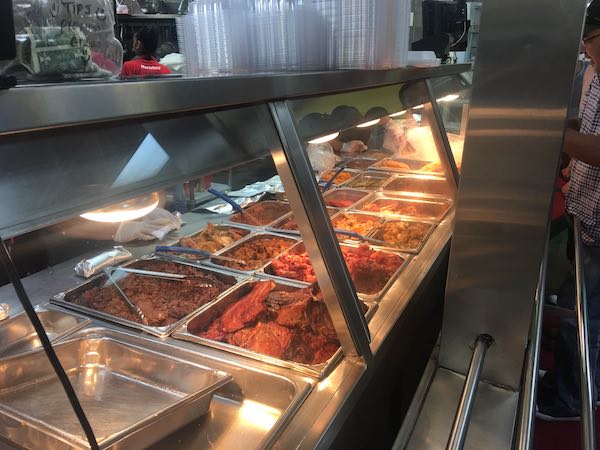 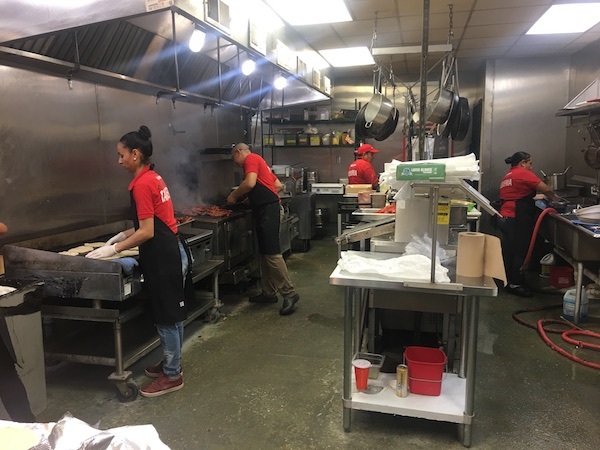 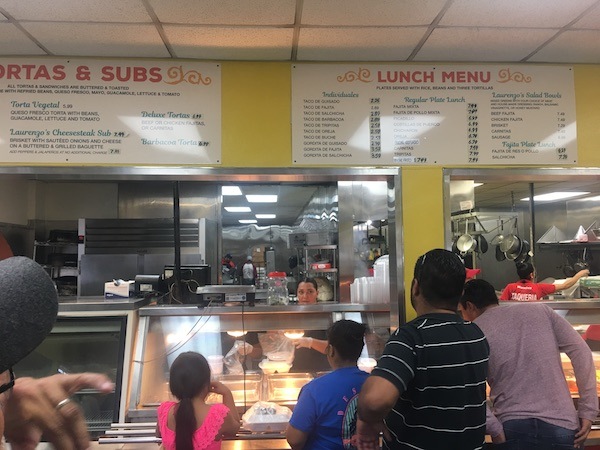 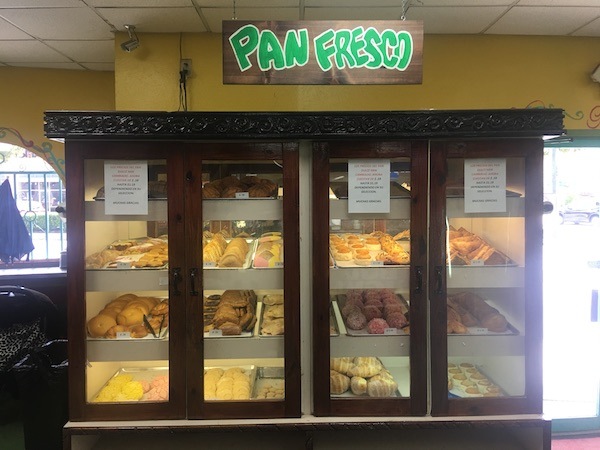 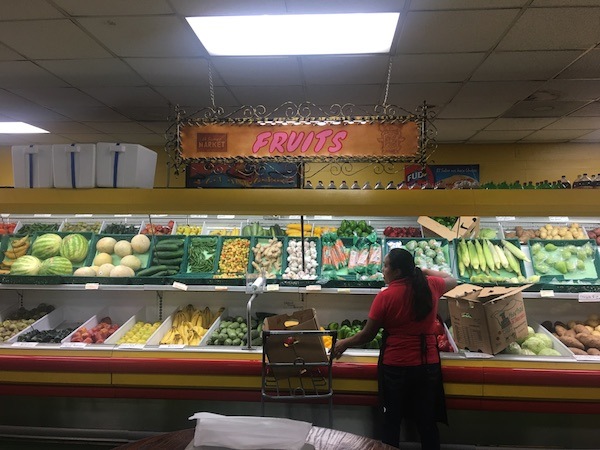 And the tacos were delicious!! Seriously, some of our favorite. One of the things I’ve learned since living in Texas is that as opposed to in California where we usually order “carne asada” (grilled beef), in Texas, they call it “fajita”. I’m so used to asking for “carne asada” though and every time, people don’t know what I’m asking for, they just say they have “fajita”, which is basically the same thing. So Sami and I ordered tacos de fajita on corn tortillas and they were so juicy and full of flavor. I wish though, that I would have ordered the barbacoa. Los Meros Meros said that the barbacoa there was by far the best they’ve had in Houston. Of course, they finished them so fast that we didn’t get to try it lol, but next time, I’m definitely going to try it. 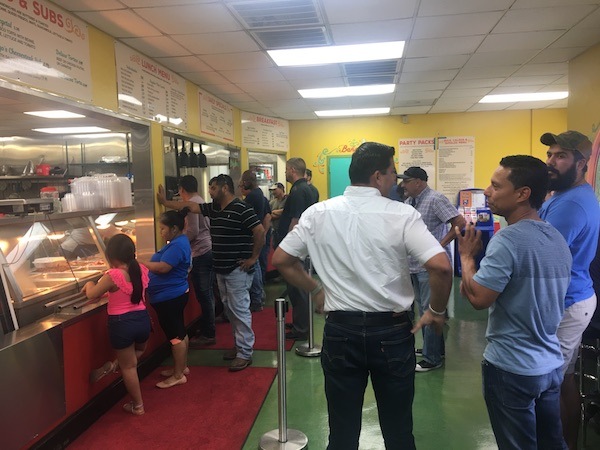 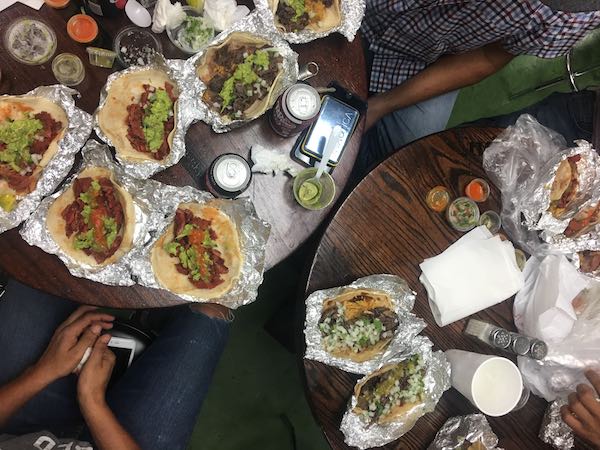 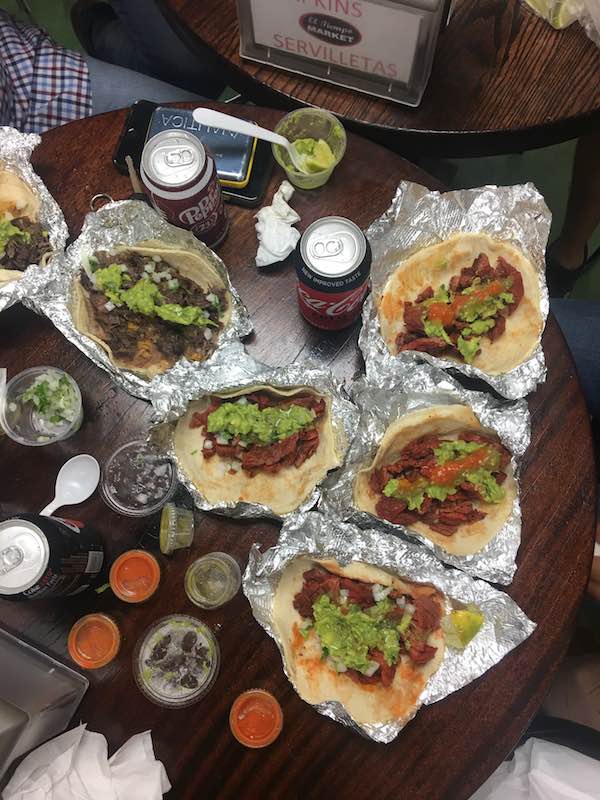 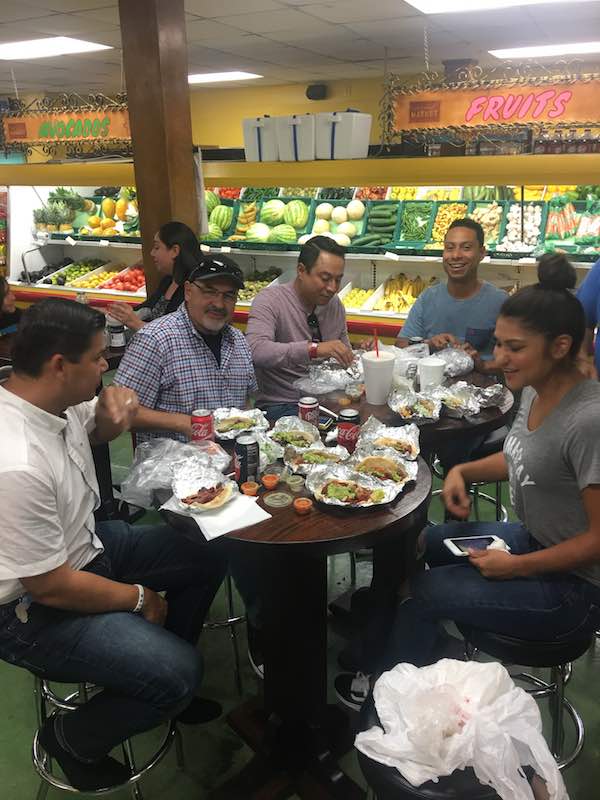 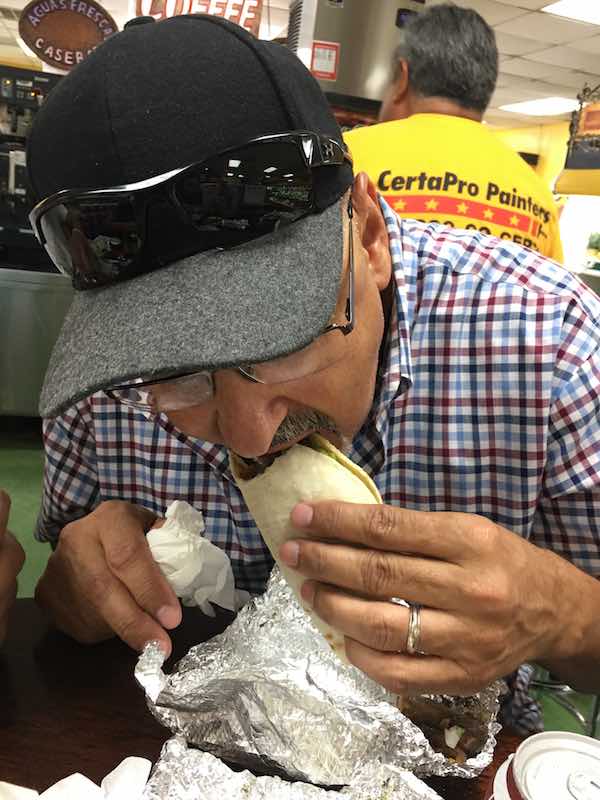 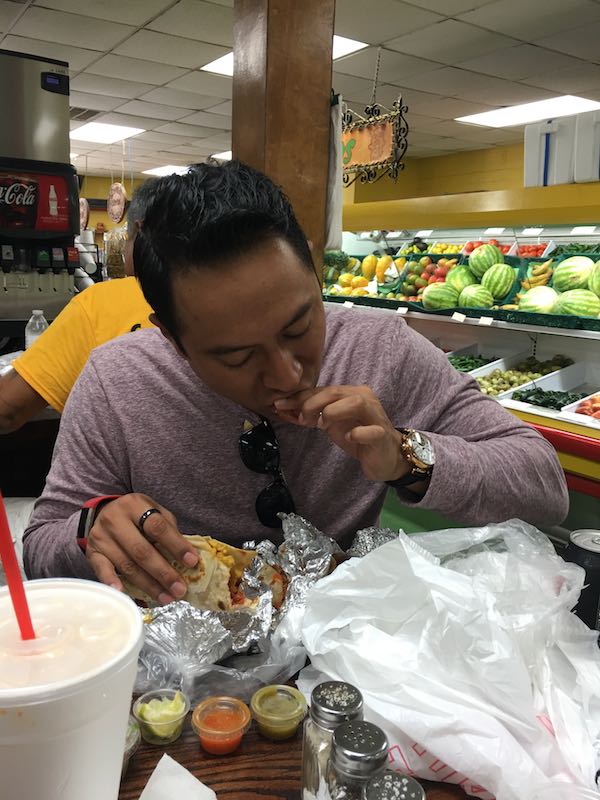 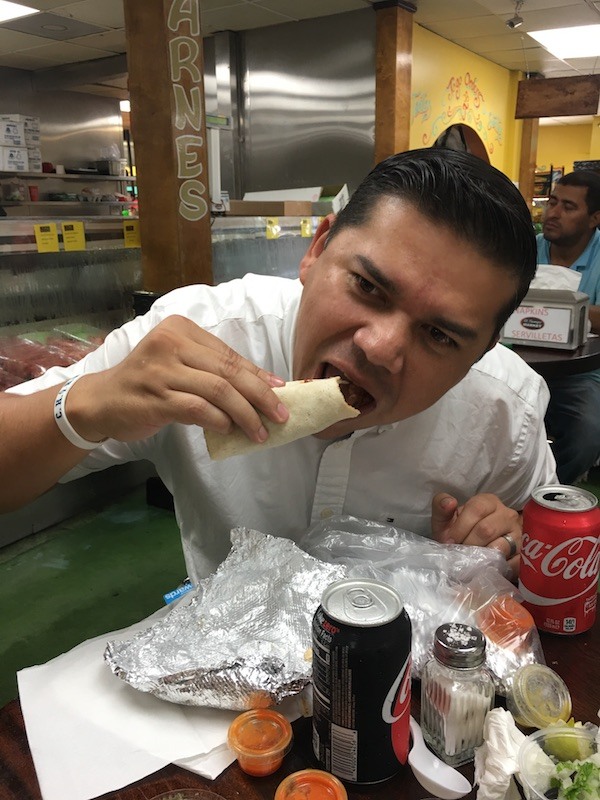 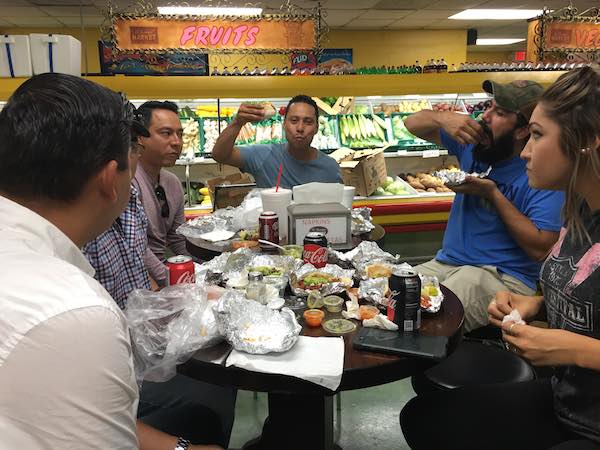 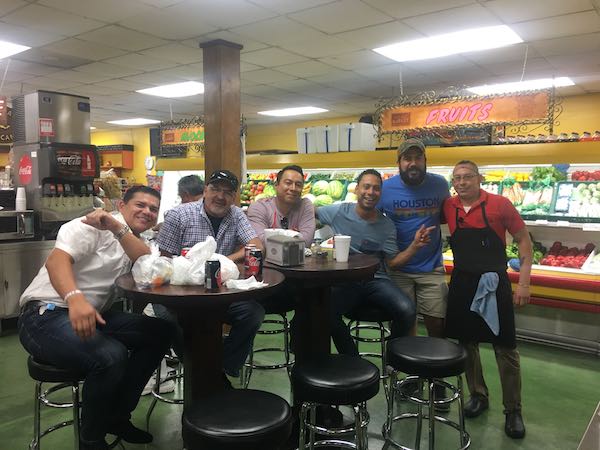 The salsa at El Tiempo Market is soo good too! The green salsa was flavorful, but the redish-orange was the spicy one, so I put both in my tacos. Three of Los Meros Meros are from Colombia and Colombians don’t typically eat a lot of spicy food. So a few of them were tearing up a bit from the spice haha, but you know how it is – it hurts so good! Haha.

Like I mentioned before, what I love about these guys is how they love to have a good time. At the last Spanish service church event we had, two of them were the MCs for the competition games and they made it so fun! We had dancing musical chair, three-legged races, a watermelon eating contest and so much more. They had everyone involved and laughing the entire time.

After we finished our tacos, we, of course, had to have a photoshoot outside for our models in front of the El Tiempo Taqueria signs, haha. 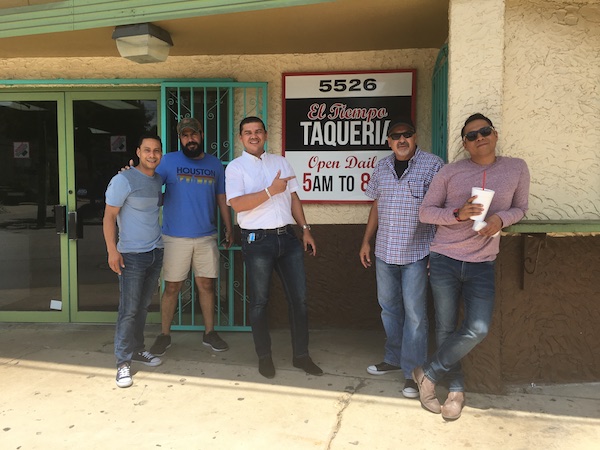 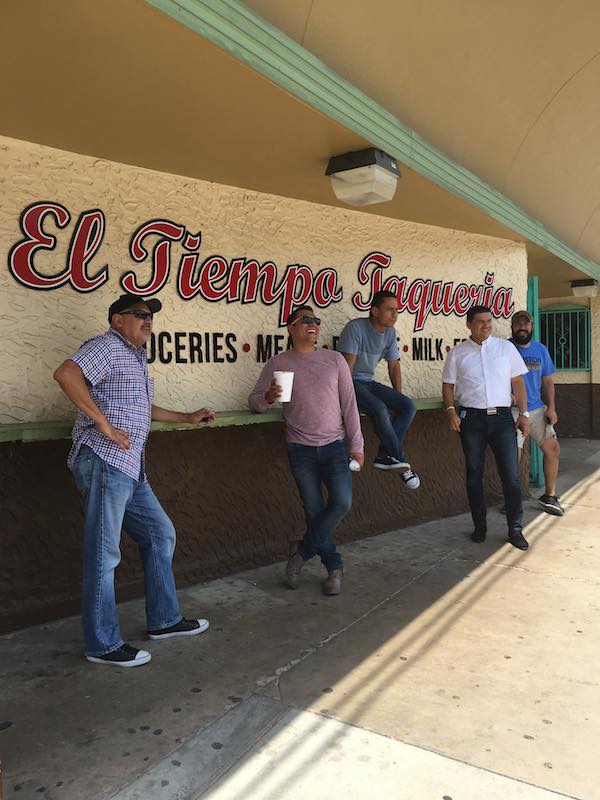 One of the things I love so much about Houston is that it’s just one huge melting pot. The LA Times has called Houston the most diverse place in America and the American city of the future. People come from all over to find a home here in Houston and each one of these men has an incredible story about how they got here. We’ll have to ask them out to tacos again to share their stories with us some time so that we can post it in our Stories section for you to read and be inspired.

Until then, if you’re in Houston, go pick up some tacos at El Tiempo and you’ll be thankful you did. If you know of a taco spot we should feature, let us know!