You are here: Home / Taco of the Month / Taqueria Mi Ciudad in Madrid, Spain

For this month’s Taco Of The Month, we are featuring a spot we found in Madrid! Our mission trip to Madrid was a total treat in every way! We ate so much food – so much delicious food!! My personal favorite was all the meats and cheeses. Any chance Aaron and I had, we ordered a meat and cheese plate. They even had meats and cheeses at our hotel’s breakfast! We weren’t as into it for breakfast though, haha.

After our second morning of our BasketCamp, that afternoon, we had a chance to explore the Royal Palace, go to the Santiago Bernabeu Stadium where Real Madrid plays and then we finished it off by going to the Mercado San Miguel which was this giant tapas market. 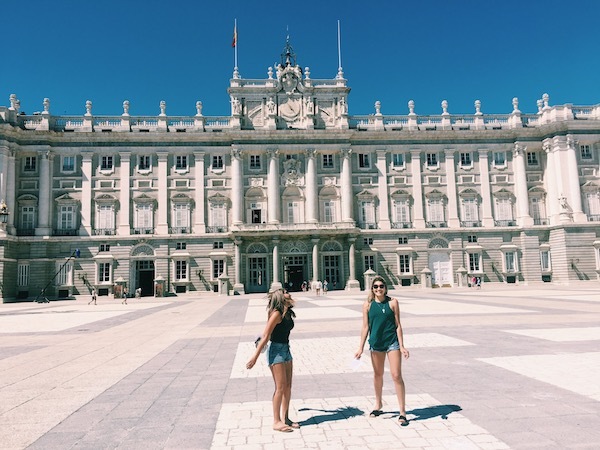 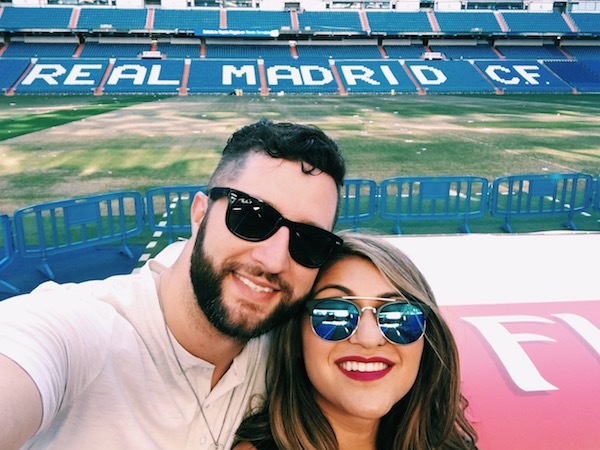 The market was a dream! It was filled with food stands that sold little bits of what they specialize in, so you’d end up buying a little something from one stand and a little something from another. Aaron and I ordered an assorted cheese plate from one stand, a cone filled with slices of salami from another and selected a few tasty stuffed olives from a third stand. It was scrumptious. Haha, that word always makes me think of Willy Wonka, scrumptdilitiumptious!

Sami, my mom, my dad and some friends chose to get tacos at a taqueria down the road called Taqueria Mi Ciudad. It was actually pretty rare to find a taco spot at most of the places where we went, so they jumped on it when they saw this one! And, it was packed!!! 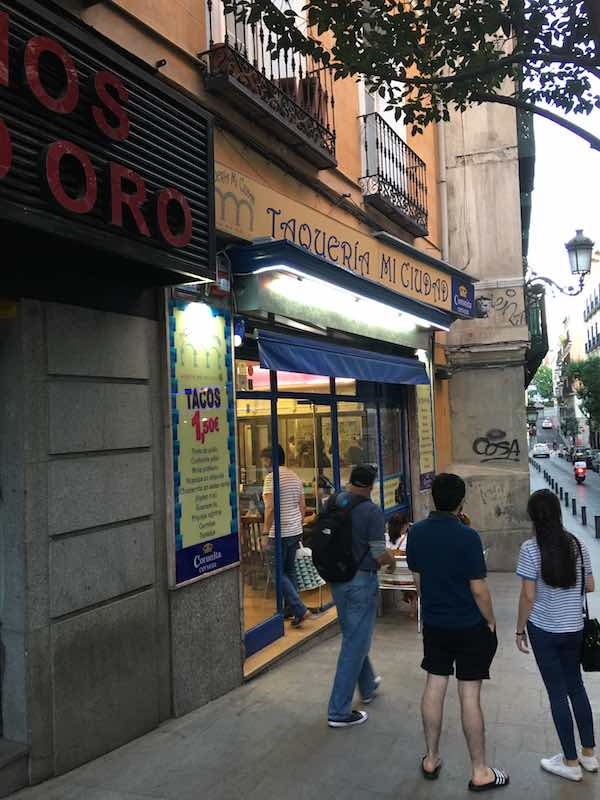 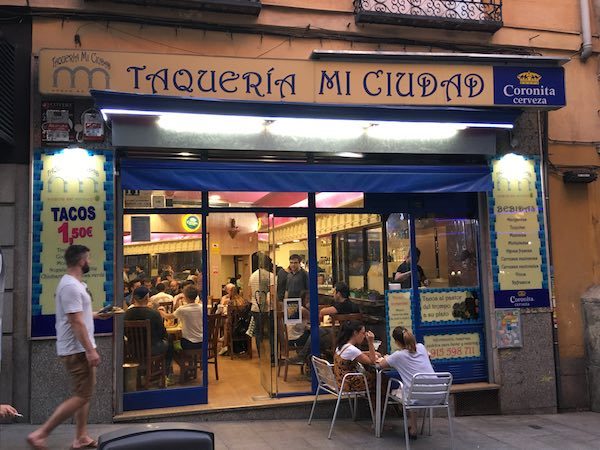 It took them a long time to finally get their food because there were so many people there and the staff was working hard to keep up. They ordered an array of tacos, what we would call “quesatacos” which are tacos that have melted cheese in them and chips with guacamole. 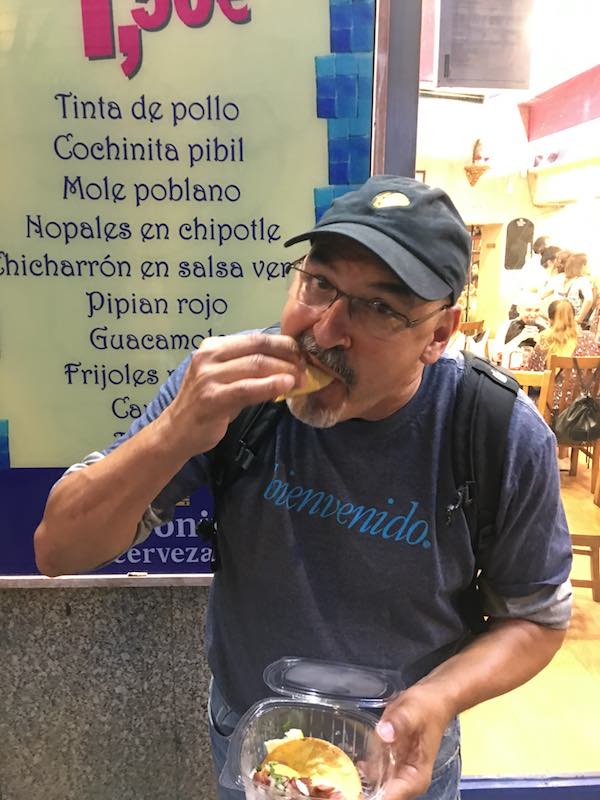 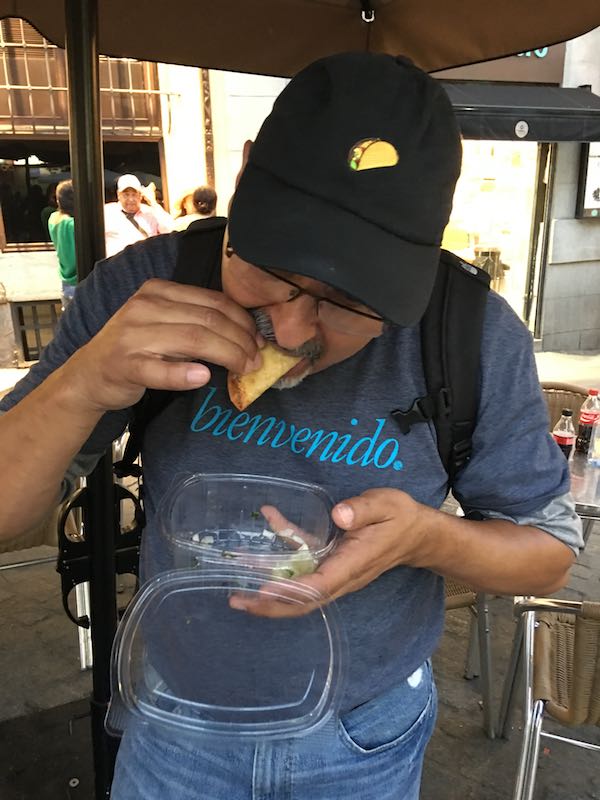 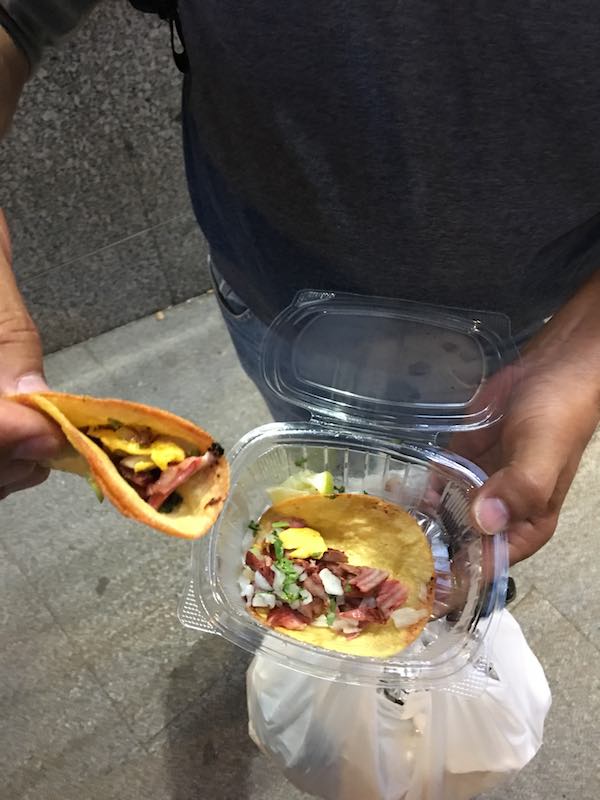 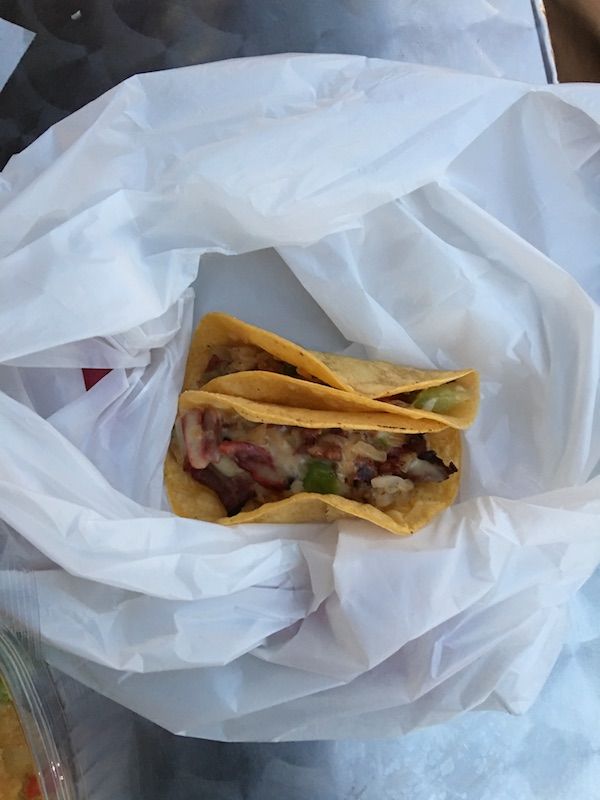 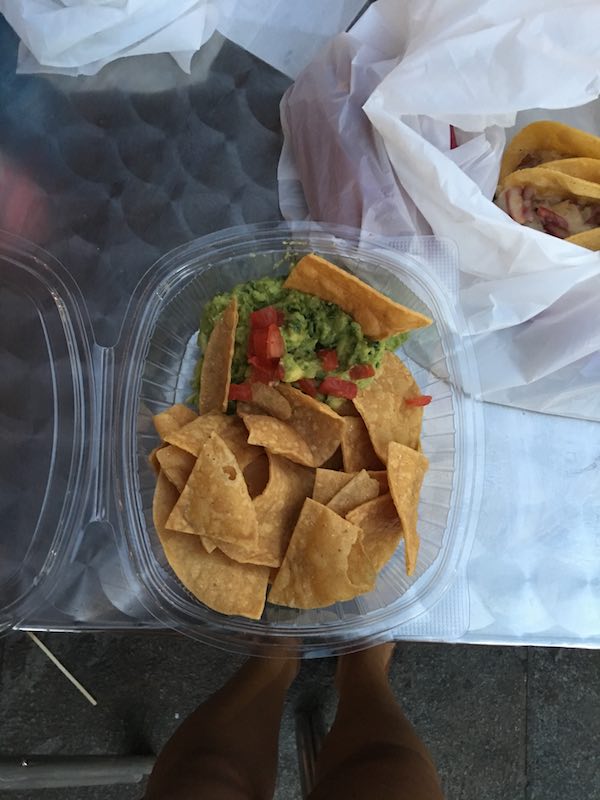 The tacos were great! They were small, basically street taco size, but the meat was tasty and the guacamole was flavorful too.

Sidenote: we like flavorful guacamole. So many places have bland guacamole and it just doesn’t cut it. Maybe one of these days we’ll share our simple guacamole recipe because, of course, we believe ours is the best! Haha.

Everyone who ate those tacos said that they wish they would have ordered more though, they didn’t anticipate them being so small. My mom said they were a little pricey for what they got. 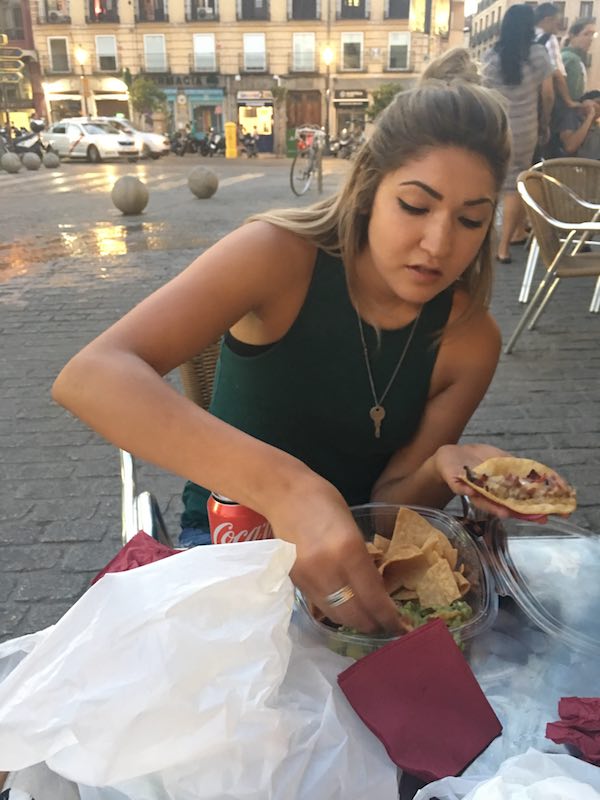 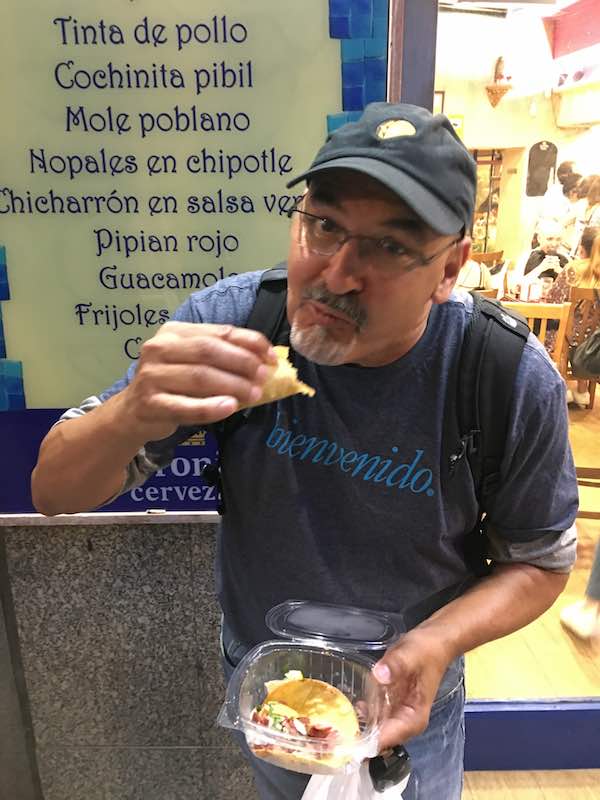 We loved finding this gem of a taco spot hidden in the streets of Madrid. Whenever we travel, it’s fun to eat the local food, but it’s also nice to get something that’s familiar. I believe a city speaks through its food. Their food and eating experience expresses its culture and the lifestyle of its people. Spaniards love sharing meals with family and friends. They do not rush their meals like we Americans so frequently do, but they actually take their time to eat and enjoy their conversations and relate to one another. I love it!

It was so fun to get to highlight a Taco Of The Month spot in one of our favorite countries! If you have any taco spots that you think we need to highlight, let us know in the comments! We’d love to try it out!